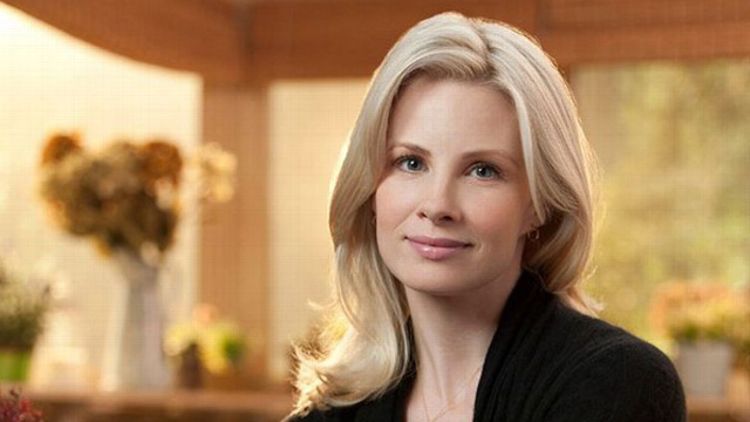 We haven’t forgotten about you, nor have we forgotten about Parenthood. Actually, with Dax Shepard becoming a real-life dad, we’ve become acutely aware of how much we miss Crosby. Luckily, we’ve had Craig T. Nelson acting just like Zeek, talking about NBC’s inexplicably poor treatment of this show. Even though The Voice is back (Team Monique Abbadie), your 2013-14 slate has not improved to our knowledge, so just renew the show already. And when you do, please demand that the audience meet some of the Braverman siblings’ in-laws. We know that Jasmine is not the only spouse with her own family.

As ever,
Juliet and Jacoby

Who Is Kristina’s Mom, and Why Didn’t She Visit Her Daughter When She Had Cancer?

If there were ever a natural time for the audience to meet Kristina Braverman’s parents, it was during Season 4 when she had cancer. Jason Katims and his crew of writers knew it, too. Right before she begins chemotherapy, Kristina calmly explains to explodes on her mother-in-law, Camille, because, justifiably, she really wanted her mother to come visit. Ultimately this episode resolves itself with one of the top-five cry moments of the season. Watch:

The seed has been planted and the gauntlet has been thrown. Kristina’s mom, we know you exist. Now we must meet you, and the cry moment of your episode must somehow top the chemo shirt. Good luck to whichever actress fills this role.

Here’s what we can surmise about Kristina’s mom: If neither chemo nor a graduation nor the birth of her granddaughter can get this woman out to Berkeley, she must not be very sentimental and she must be busy. I see her as focused on work and very tough. The only reason she’ll stop in Berkeley is that she’s on her way home to Minneapolis (from Los Angeles) after a business trip, and Berkeley is basically on the way. If any of you reject Kristina as a native Midwesterner, we must not be watching the same show. Plus, Monica Potter’s Kristina speaks with the slightest trace of the Midwestern “A.”

It’d be easy to suggest that Kristina comes from a more troubled home, with drug addiction or alcoholism in the mix. But not only have those tropes played out on this show and on so many other family-oriented shows, but that’s just not Kristina. When Haddie dated Alex, Kristina and Adam were terrified by his alcoholic past and lack of parents, and it was a fear motivated by ignorance. Kristina can’t share a background with him. Rather, she is a child of neglect. Her parents divorced, and they both worked very hard. Her father remarried and moved away, representing part of her absentee-parent complex, but her fraught relationship with her mother is the one that really affects her.

When Kristina’s mom visits, the tension arises from her inability to relate to Max and the fact that she has never met her youngest granddaughter, who is now 18 months old or so. That’s a lot of months gone by without meeting your grandchild! Despite her unfamiliarity, Kristina’s mom insists on babysitting, overlooking the fact that Max barely needs a babysitter at his age. Predictably, it does not go well. Kristina’s mom yells at her grandson, fails to comfort her toddler granddaughter, and the house looks like it was hit by a hurricane.

At first this all plays out with the Parenthood score lightening the mood. The tone darkens in the episode’s final act, when Kristina and her mother finally have a confrontation. Kristina is not going to forgive her mother so fast. Kristina’s mom will leave Berkeley before any of their issues are resolved. The mom will deliver a good-bye monologue, but Kristina won’t even respond. This leaves the door open for Kristina to take her daughters to Minneapolis on an epic capsule episode. We’ll save that for Season 6.

Can We Meet Joel’s Parents, Too?

What do we know about Joel Graham? We know that he is MILFy Berkeley moms’ dream handy-man husband, and that he is either a cyborg, Jesus, or Don Draper because he has no family. The warm blanket of Braverman love that you are draped in once you marry into the clan is comfy and everything, but after four seasons that love-blanket is starting to seem confining and straitjackety. Why must these people abandon their families once they marry a Braverman? Why is it that Crosby is the only Braverman who has a relationship with his in-laws? Where did Joel Graham come from? Why is he so perfect? Good thing you are going to green-light Season 5, Mr. Greenblatt, because we’re getting all of those answers.

Much like Kristina’s mom, there have been plenty of opportunities for Grandma and Grandpa Graham to pop up in Berkeley and stay a couple of nights in Joel and Julia’s super-modern guest room. [Ed.note—Oops, as a commenter below points out, Grandma Graham is dead. Sorry, Grandma!] We finally learn why we’ve never met them when Joel gets an unexpected “We just happen to be in town and are coming over for a couple nights’ stay. OK? Cool? Bye” phone call. Julia is in the room listening and can see the concern on Joel’s face when he hangs up the phone. From Joel’s side of the conversation alone, she knew who it was, what it meant, and that she’s in for three days that will test her marriage.

Most people find themselves slowly becoming their parents. But other people do everything they can to ensure that never happens. Joel’s stoic reliability, giving nature, and right-brained effectiveness are behaviors he adopted when he committed himself to being nothing like his parents. When Grandma and Grandpa Graham arrive at Joel and Julia’s you can see behind them a run-down pickup truck tugging a pop-up trailer behind it. Grandma and Grandpa Graham explain that they have been touring West Coast flea markets peddling Grandma Graham’s watercolor landscapes. Before that, Burning Man.