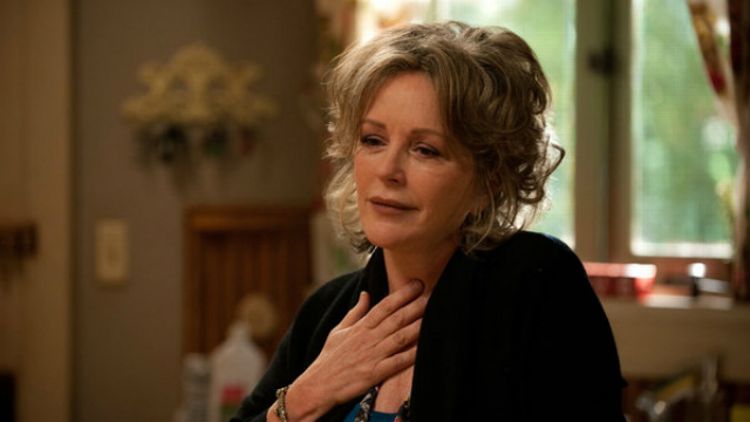 You’re probably busy with conference calls, contract negotiations, tiger-buying, and whatever else fills the days of the NBC Entertainment chairman, so we understand if there is the occasional oversight. We’re here with the first of our weekly missives to remind you that, somehow, you have yet to renew Parenthood and there’s no plan to create a Crosby spinoff yet, at least that we know of. You remember Parenthood, right? The one starring Coach, the one that is the best show on your network, the one that you greenlit after your 17th sake bomb with Ron Howard? That one. We are big fans of the program here at Grantland and need a reason to make it through Tuesdays. In case you haven’t actually forgotten but rather haven’t decided yet, we’ll be here every week with story line suggestions for the fifth season until Parenthood is officially picked up.

Yours truly,
Jacoby and Juliet

Jacoby: Somebody has to die. Sooner or later a Braverman has to be buried, and who’s a better candidate than Camille? (Litman: I really wanted Kristina to die in Season 4. That would have been bold!) What has she added to this program? She hasn’t made me laugh, cry, or super-melty-face cry once, and what good is a Parenthood character if they can’t make you super-melty-face cry? Let’s face it, Zeek has been carrying the emotional scoring load for the eldest Braverman generation for four seasons, and I see no reason why he can’t moving forward. I’m not anti-Camille Braverman, I’m just pro-Camille Braverman getting hit by a drunk driver. Sorry, Camille. Can’t make the melodrama omelets without breaking a couple of Braverman eggs, and besides, the resulting subplots would just be too good:

Dead Camille Subplot no. 1: Braverman’s Rally
No one rallies like the Bravermans. They fill entire bleachers at Little League games, entire backyards at impromptu weddings, and entire judge’s offices at, “Hey, were gonna make this kid a Braverman, cool?” hearings. Nobody has a Braverman’s back like a Braverman, and sitting at home on your couch and watching this family swap hugging partners like a Saturday Night Live credit-roll plucks on your emotional nerves like upright bass strings. Tearing up thinking about it.

Dead Camille Subplot no. 2: Sarah Sleeps in a Bed
Sarah has to be about 40 years old, right? HOW IS SHE STILL SLEEPING ON A PULL-OUT COUCH? Get. A. Bed. With Camille out of the picture, the door is open for Sarah to make the move from guest house to actual house, and it’s about damn time. There’s a part of me that resents Sarah’s character simply for the fact that she receives gentleman caller after gentleman caller in her parents’ driveway. Actually, all of me resents her for that.

Litman: Meanwhile, Julia and Joel’s son Victor is officially a Braverman now. (Actually, he is officially a Graham, which is Joel’s last name, but he’s still Team Braverman.) And Sydney has a big brother. Agreeing to attend the official adoption hearing was very gracious of her, but now brother and sister need to bond. They’ve already mastered fighting with each other, so that won’t do it. No, now they course correct by scheming against their parents together.

Victor and Sydney want to stay up later now, and they will fight for it. When aunt Amber was babysitting, she couldn’t believe two kids of Victor and Sydney’s ages would go to sleep so early, which is where the Graham kids got this idea. (What a convenient reminder of how different Sarah, Amber’s mom, and Julia are!) Of course, Julia instinctively says no when the kids ask, while levelheaded Joel says they’ll consider it. Over the course of the hour, Victor and Sydney come back with a number of proposals to negotiate with Julia. Ultimately, the kids win, of course, but not without concessions. They each pick up one extra chore for an additional 30 minutes of waking time.

But the real win here for us, the viewers, is that Julia realizes how much she misses negotiations. Maybe it’s time for her to get back to work? Victor is in; he doesn’t need Julia to sit in the car all day anymore. And Sydney is a grown child. She is busy at school most of the day. Get back to work, Julia. It’s not believable that career-first Julia would so easily walk away from having a career. The corporate law lifestyle might not work anymore, but in Berkeley there are plenty of cash-rich start-ups in need of in-house counsel. We’ll get the resulting subplot of Joel assessing his own career and where he’s going, and ultimately we’ll get a two-working-parent household! It’s going to be glorious.

Oh, and yeah, when Camille dies, Sydney will lean on her new brother with whom she’s begun to form a connection. Victor knows all about loss. He’ll become the big brother Sydney never knew she wanted.