Outrage: Short Circuit to Be Rebooted as Non-Gritty Children’s Movie 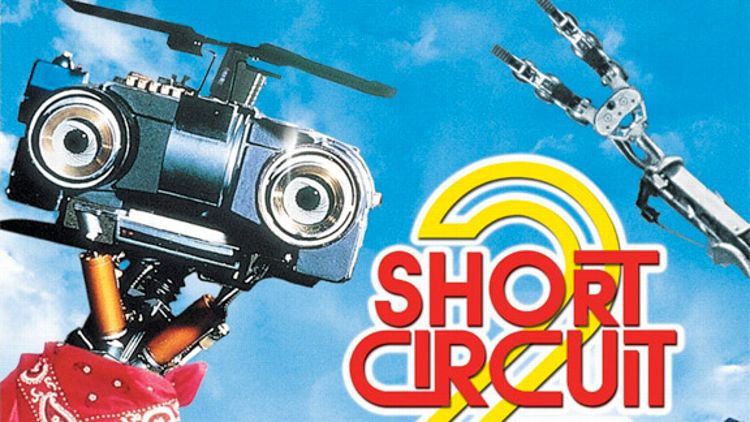 Hollywood’s unquenchable thirst for unoriginal material struck a new vein yesterday when it was announced that Dimension Films is pursuing a remake — excuse us, “reboot” — of the 1986 classic film Short Circuit. Now we’re not purists and we can see the allure — after all, if you’re interested in a movie about a talking robot starring Steve Guttenberg and featuring Fisher Stevens disgracing the entire Indian subcontinent then it really is your best bet. No, the problem here is the proposed take on such hallowed material: Dimension plans to develop the new Short Circuit as a kids’ movie. The giveaway is the resumé of just-hired helmer Tim Hill, the man responsible for Hop, the first Alvin and the Chipmunks, and the second Garfield. Clearly, the return of Johnny 5, that sweet-natured erector set of a protagonist, will be aimed at five-year olds. Our first response? How dare they! We well remember seeing the original film in the theater in 1986 and finding it to be a mature, thoughtful and engaging treatise on what it means to be human and what it used to mean to be Ally Sheedy. Of course, we were nine at the time, but that’s not important right now.

But once our more rational, robotic minds take over, we’re struck by what a wasted opportunity this is. We live in an age of creeping Nolanism — where the most successful formula for reinvigorating stale source material is to make it as dark as possible. Short Circuit 2.0 should introduce a tortured, complicated Johnny 5 — one tormented by memories of mistreatment by his father, an ornery laser printer. Once brought to life in a lightning storm of Emmerich-ian intensity, the conflicted robot should be torn between embracing his newfound humanity — and destroying all other examples of it. We can already hear the catchphrase: “Johnny 5 … YOU ARE NO LONGER ALIVE!” Hire Hans Zimmer, slap a PG-13 on the poster, and just watch the accolades — and ducats — roll in.

So have your fun, Hollywood. Remake our childhood. Just be wise and age it up a little. And please, whatever you do, don’t touch the theme song, as it remains perfect in every way.