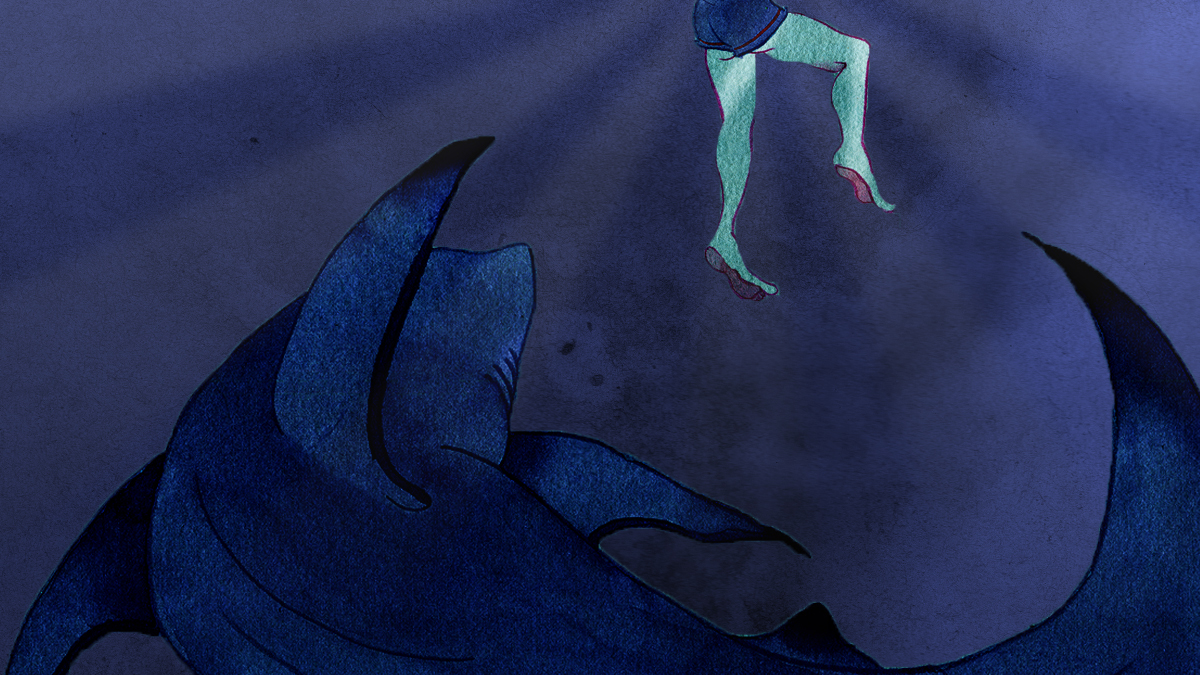 This summer marks the 40-year anniversary of Jaws and this Friday marks the five-day anniversary of champion surfer Mick Fanning being attacked by a great white shark during a competition on live television. On Wednesday another surfer had “a good chunk” of his arm ripped off by a shark near the French island of Réunion, in the Indian Ocean, where in April an 8-foot bull shark killed a 13-year-old surfer named Elio Canestri, tearing off his arms and legs, according to tabloid reports, before hauling his body out to sea. In the waters off North Carolina, an area that normally sees one or two shark incidents per year, at least eight swimmers have been attacked since the start of June, including two teenagers, bitten 90 minutes apart near Oak Island, who survived only after each having an arm amputated. In May, a man was bitten to death by a bull shark while snorkeling off the coast of New Caledonia, in the South Pacific, just two weeks after a 65-year-old woman was found floating facedown near Maui, with lacerations on her chest indicating that she had been killed by a shark of uncertain species.

It has been, in other words, a summer of shark attacks. Some summers are. The cultural grammar of these summers is so familiar by now that you can probably fill in the signifiers. Local TV reporters say “just when you thought it was safe to go back in the water.” Click-driven, news-adjacent content producers roll out “How to Survive a Shark Attack” listicles. Their colleagues in the news-of-the-weird department trawl the shallows for stories about, say, people building their own personal shark cages to take swimming. Shark experts, who probably mutter “a better chance of dying from a bee sting” in their sleep at this point, go on NPR, where they say “a better chance of dying from a bee sting.”

Like almost all shark-related media coverage, the summer-of-shark-attacks dossier is depressing and contradictory. It has to be, because it’s designed to serve two opposing agendas. It needs to scare us a little, because the fascination that makes sharks prime box-office draws hinges on sharks being real-life sea monsters and thus categorically terrifying. But it also needs to live up to the statistical and ecological responsibility not to vilify sharks. The result is the distinctive, smug tone of self-correcting sensationalism that we associate with shark-attack pseudo-journalism: DID YOU KNOW that these BEINGS OF PURE EVIL AND MALEVOLENCE who WILL NEVER EVER BOTHER YOU also totally YEARN TO EAT YOUR CHILDREN and are VITAL TO THE HEALTH OF OUR PLANET??

There being no alternative to human nature, you can understand the need for this; forget to remind people that sharks, in some phenomenally theoretical way, are our friends, and the next thing you know humanity is nuking the oceans. Still, this kind of coverage always seems to exist in denial of some basic truth. We all know that we have a one in 11.5 million chance of being attacked by a shark, that we are more likely to be killed by a toaster oven than by a great white, and so on. Yet we also know, whenever we are more than a few feet deep in the ocean, that there is a shark somewhere near us. We know this deeply, and we also know that it is about to come for us. The sun is sparking on the surface of the water. The waves are shushing the laughter we hear from the shore. Our little naked legs are kicking in the murk beneath us, and somewhere under them …

I read about divers swimming up through angelic columns of hammerheads. I read about fins seen from far off. As a child I remember being so convinced I was about to be seized by a shark that I had to nerve myself to stay in the water; I lived in Oklahoma, and was in a public swimming pool. Unless we are talking about an actual death, we have largely relegated sharks, in the post-post-Jaws universe, to a category of fun — sharks are kitsch, sharks are stuffed animals, sharks are light entertainment. Sharks are a kind of shadow puppet that we throw upon the wall to frighten landlocked children. The certainty that we have conquered nature is implicit in our feeling of responsibility toward it. Look at the shadow, though, and you see a plausible emblem of an old universe, one in which children have a reason to be frightened. That is what I keep thinking about. 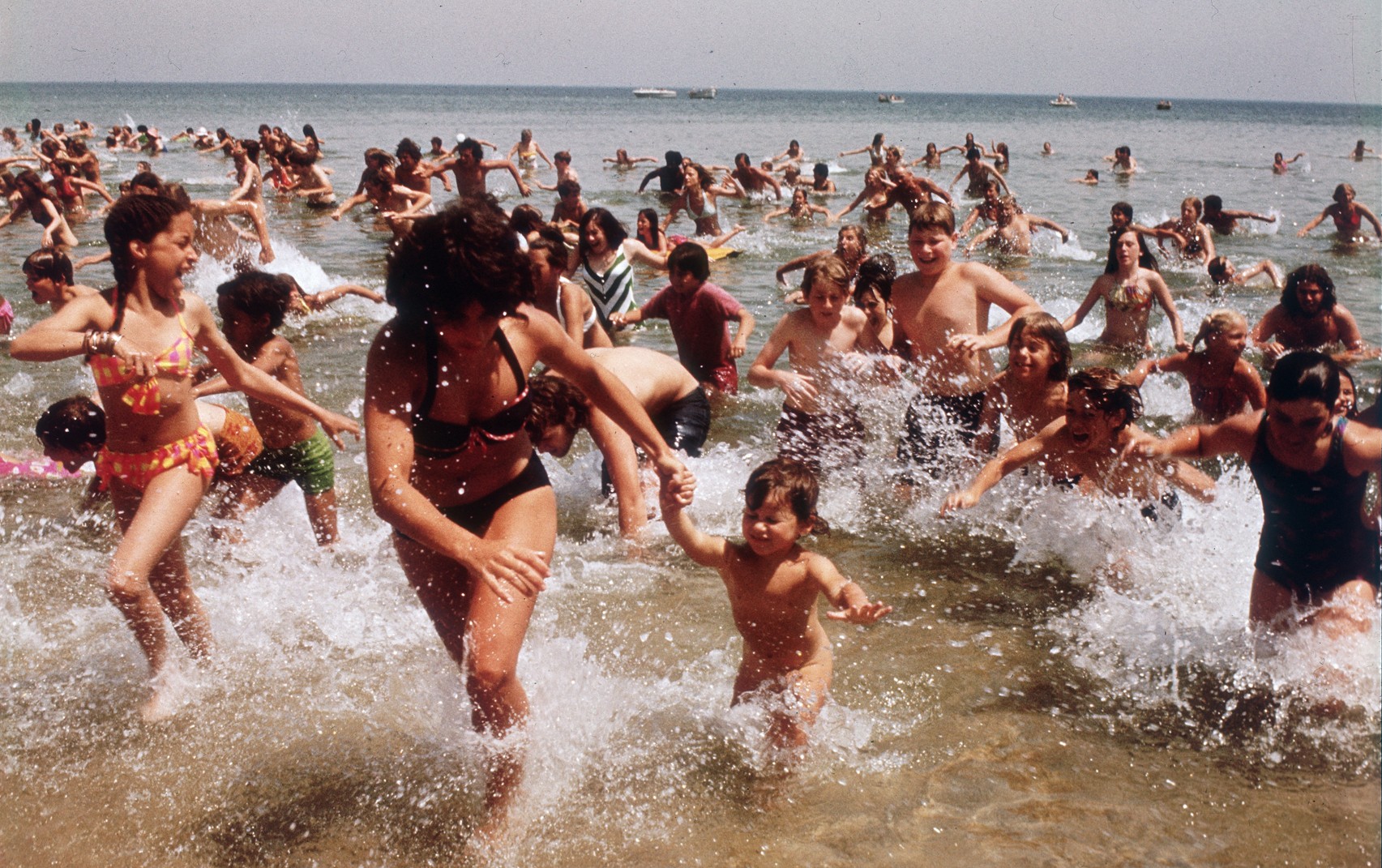 Universal Pictures A scene from ‘Jaws.’

I keep thinking about the direction of horrible death. Horrible death normally comes at you from above or from one side, so there is something especially terrorizing about the death that comes from below. Even the words sound like an H.P. Lovecraft novella. The Death from Below — you picture Ebenezer Pratt, Miskatonic University’s most intrepid philologist, struggling on the surface of a mauve ocean while rainbow-colored tentacles swirl up from the nothing beneath him.

My point is that a shark attack cannot be compared to, say, being hit by a runaway train, vaporized by a bomb, tackled by a lion, strangled by a psychopath, or, to venture out from the real world into the zone of the fantastic to which shark attacks also belong, being incinerated by a dragon or crushed in the talons of a giant bird. I imagine that these are unpleasant ways to die. But evolution has at least programmed you with a minimal ability to understand them. When you see the disaster coming down on you, instinct tells you to run, flinch, curl up, cover your head — all inadequate responses, but at least they are responses. When the shark materializes in the gloom below you, instinct goes hideously blank, because simply with respect to the position of the threat vis-à-vis your own body, your brain does not grasp what is happening. You are a tourist in the physics of fluids. You do not speak the language, and the cab driver is demanding to be paid.

Falling, perhaps, has something in common with a shark attack; I mean falling from a great height. This is another case in which fate seems to rush up to you from below. One difference is that when you are falling from a great height, you are very likely to know you are doing it, whereas you are not likely to know the shark is gaping toward you until the moment when it strikes. Another difference is that when you are falling, your only enemy is the ground, and while the ground presents a troublingly ironic problem to the falling person, at least the ground is not a dead-eyed monster that pulls you into the depths trailing a cloud of blood like the plume of smoke from a train.

The deep ocean is always both thrilling and appalling, because it represents a boundary in our experience of nature. Up to this point, survival; beyond this point, the void. To compare the deep sea to space is actually misleading: Mars and Venus have been mapped in far more detail than the ocean floor. Human eyes have seen less than 5 percent of the sea. I am thinking here of the monsters that mapmakers used to draw in around the edges of the known world. What if some of the monsters were real? The sharks that attack humans are not really deep-sea creatures (although there are deep-sea sharks), but great whites have been tracked into the bathypelagic zone, at nearly 4,000 feet. This is the realm of colossal squid and bioluminescence and things that look like fronds and move like the hammers of a piano.

If they notice us at all, the creatures who live at this depth are mostly indifferent to us. The shark that attacked Mick Fanning, experts say, might not have been trying to hurt him at all, might only have been vaguely curious about what he was. But indifference in this context is as frightening as the hostility that sometimes follows it, because it is the indifference of another world.

At Réunion, the island off whose western coast 13-year-old Elio Canestri was killed, the number of shark attacks — 18 in four years, seven of them fatal — has led to a ban on surfing. In several of these cases, the victims knowingly broke the ban. What I am trying to say is that the terror shark attacks inspire may be as apt a perspective on our position in the universe as the scientific calm that seeks to moderate it. The calm depends on the conviction that we are a threat to nature and that nature is not a threat to us. But that is a comforting delusion. We are capable of killing all the sharks, of killing everything that swims, flies, or walks. We are also vulnerable bodies that can be torn to pieces by wind, water, animals, and accidents. To regard these things with horror may be irresponsible. It at least allows for a kind of involved wonder at the scope of this planet, which we have the power to destroy but not to defend ourselves from.