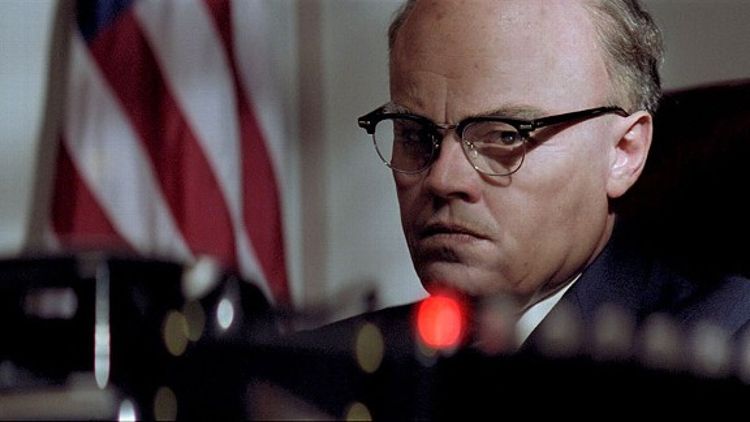 In covering the Oscar race so far, I’ve tried to focus on movies that have already opened. But this week, I’m tossing that approach, because effective immediately, the attention of the Oscar-punditry universe swivels decisively forward. The last eight weekends of 2011 will bring more than two dozen movies with aspirations as modest as a single acting nomination and as grandiose as sweeping the slate from Best Picture to Best Makeup.

So from now until year’s end, the goal of every contender that opened before November 1 is simply survival. Think of the next two months as a tidal wave, and of early hopefuls like Midnight in Paris, The Help, and Moneyball as trees along the shore line. Some of those trees will topple — and a couple of months from now, those still standing may look that much taller. Same goes for the movies in the big wave; some will arrive with obliterating force while others will weaken the closer they get. (Please take the above tortured analogy as my tribute to Clint Eastwood’s Hereafter.) With that in mind, this Oscarmetrics installment is a cheat sheet — a map of the parallel tracks of reality and hype along which the race will now proceed.

What to look for: Eastwood’s Hoover biopic — Oscar-winning director, Oscar-winning screenwriter, and Oscar-nominated star tackle Oscar-friendly subject — is, on paper, such a perfect awards-pedigree project that for some people, nothing will tarnish the movie’s Oscar-worthiness — not even the movie. Eastwood boasts some pretty hard-core loyalists among critics: Roger Ebert, Todd McCarthy, A.O. Scott, and Kenneth Turan are such Clintophiles that they even banged their drums for Invictus and Hereafter. So their reactions shouldn’t be taken as bellwethers — although if they’re tepid, that will be ominous indeed. Instead, keep an eye on what other major critics have to say. Praise for Leonardo DiCaprio and Armie Hammer needs to sound like “Wow!” and not like “Good try” — and if complaints about the film’s narrative structure, DiCaprio’s accent, or the old-age makeup (which is a real problem) combine with a so-so box office, expect some quickly penned Oscar-race obituaries.

As for Melancholia, the chances of Kirsten Dunst are, I think, being slightly underestimated right now; judging from the movie’s Cannes reception, it’s clear that several critics are prepared to go to bat for her performance. Yes, it’s a strange movie and Von Trier should probably spend Oscar season in a secure undisclosed location. But impassioned acclaim for Dunst could give her some traction in critics’-group voting and bring her one step closer to a Best Actress nomination.

What to look for: Payne’s dysfunctional-family seriocomedy is currently leading most Oscar-predictor aggregates for Best Picture, Director, and Actor. Count me as a mild skeptic for many reasons — one being that the press tends to roll over pretty thoroughly whenever George Clooney walks by (I get it; he’s handsome, talented, witty, savvy, and possesses a rare and elusive quality known as Not Being A Dick).

I’ve got some issues with The Descendants, but even if you end up loving it, it’s worth remembering that Payne’s films have always underperformed at the Oscars relative to their critical praise. Sideways won buckets of Best Picture and Best Actor prizes from critics’ organizations, but lost the Oscar and couldn’t even score a nomination for Paul Giamatti. The Los Angeles Film Critics Association gave About Schmidt Best Picture and it still couldn’t crack the final five with Academy voters. And the beloved Election’s only Oscar nomination came for its script.

It’s not enough that The Descendants has been warmly received at film festivals. The key will be whether reviews tilt toward the ecstatic or the merely appreciative — and after that, how it performs with paying audiences. P.S. Those TV ads touting Clooney as the leader in the Best Actor race are, for Fox Searchlight, uncharacteristically tin-eared; boasting about one’s early front-runner status sounds toxically cocky. Searchlight might be wise to reposition the movie as a low-budget underdog (which, in November, is the best thing to be).

What to look for: Chaos. Every movie in this Thanksgiving scrum is playing a different game. Rampart and Marilyn will push their lead performances (by Woody Harrelson and Michelle Williams) as actors-branch must-sees. The costly Hugo will attempt to leverage admiration for Scorsese, craft-branch support, and sympathy for its pro-film-preservation storyline into a Best Picture nomination. Cronenberg will try not to get lost in the shuffle. And The Artist — the already hyperbolized French silent black-and-white crowd-swooner — marks the annual moment when the race becomes all about Harvey Weinstein, who wants this film to go the distance. And while Weinstein doesn’t always get what he wants, a large swath of this year’s contest will undoubtedly be defined by watching him try.

All these movies have played festivals already, so no giant questions about their quality loom over the weekend. Instead, the holiday’s primary suspense will come courtesy of the New York Film Critics Circle, which cuts the ribbon on prize season by naming its winners November 28. If hopefuls like Michael Shannon, Elizabeth Olsen, Albert Brooks, and Melissa McCarthy are going to find footholds in the race, first- or second-place finishes here would help. And if either The Descendants or The Artist wins New York’s best-film award, you can expect some premature talk about how they’re “unstoppable.” Pay no attention — at least, not yet.

What to look for: Michael Fassbender’s penis. There are many interesting aspects of Shame to be discussed, and those discussions will be had, but not until everyone is done talking about Michael Fassbender’s penis. Really, you can’t miss it. It’s right there. Honest to God, at one point it’s almost 3-D. And it will occasion a lot of musing about whether, 42 years after the X-rated Midnight Cowboy won Best Picture, an arty NC-17-rated movie about a sexual compulsive will play with Academy voters. Many of you may be uninterested in Michael Fassbender’s penis. I can only respond that (feel free to use this in the ads) it is the most significant Oscar-related penis since Jaye Davidson’s in The Crying Game; it demands respect, and possibly even a moment of silence. Plus, it’s more interesting, nuanced, and relevant to the Oscars than the week’s other big event, the National Board of Review announcement, which will provide another occasion for all of us Oscar chatterers to talk about why we shouldn’t bother talking about them.

What to look for: Here’s where the season starts getting ludicrous — well, more ludicrous. All three of these movies harbor Oscar hopes, and all three face hurdles: Tinker, Tailor is a spy film about middle-aged men murmuring in dank rooms (at least, if it’s done right); Young Adult is a black comedy with an unsympathetic female protagonist, possibly the most Oscar-unfriendly genre outside of Jason Statham movies, and We Need to Talk About Kevin asks us to connect emotionally to a school shooter’s mother. In a less cluttered world, each movie would be judged after serene contemplation of its merits. But here’s what else happens this week: Critics’ groups in Los Angeles and Boston announce their prizes. The American Film Institute reveals its ten-best list. The Broadcast Film Critics Association nominees are released. And the stack of DVD screeners that Academy members receive becomes precariously high. To stay in the Oscar conversation, these movies will need to score honors somewhere in that mix of micro-newsbreaks — because at this point, just being good is, unfortunately, not enough.

What to look for: Well before this movie arrives, it will have become clear to everyone involved whether it’s in the hunt or not. And if anyone is still unsure, the announcement of the Golden Globe and Screen Actors Guild nominations will clear it up — not to mention that critics’ groups from Detroit, Houston, Washington D.C., Indiana, St. Louis, the Southeast, San Diego, San Francisco, Toronto, Phoenix, Las Vegas, Dallas-Fort Worth, Chicago, Florida, Austin, Oklahoma, Utah, Kansas City, Central Ohio, Vancouver, North Texas, and Denver will start to hand out their prizes.

(Does that endless list make you despair? Does the notion that so many people across North America put such staggering thought and effort into choosing the best supporting actress of 2011 when all of those argumentative energies could go toward, I don’t know, JUST ABOUT ANYTHING ELSE IN THE WORLD give you pause, as it does me? Best not to ask. We have such a long way to go. It’s too soon for existential dread. But still … late at night, staring at the ceiling and realizing that you have spent a good 20 minutes thinking about whether or not this is Octavia Spencer’s year, fear creeps in and stares you down like a hospice cat. Er, where was I?)

What to look for: Okay, stop for a second. It’s Christmas vacation. Forget about awards season and just go to the movies and have a good time. That’s a pretty remarkable lineup, no? And I didn’t even mention Alvin and the Chipmunks: Chipwrecked. But for the determinedly statuette-minded, I imagine that this will be a week in which the category of Best Director gets talked about a lot. If it doesn’t come up in a seven-day stretch that includes these directors (yes, even Jolie; don’t laugh — word on her movie is quite good), it never will. The reality is, though, that any movie opening this week whose ads can’t trumpet the awards or nominations it’s already received is probably out of the running.

What to look for: Just under the wire, two movies — a micro-budgeted Sundance favorite and Iran’s Best Foreign-Language Film submission — start their runs. It is surprising that The Iron Lady is joining them. Why keep a Meryl Streep movie out of all fall festivals, then hold it back until the last possible minute? There are many possible answers, none of them cause for optimism. (It only makes that much more room for the Weinstein Company’s other Best Actress hopeful, Michelle Williams.) In any case, by New Year’s Day, the shape of the race will be very clear, and the last remaining X factor will be that heap of DVD screeners. It would be nice to imagine that voters see everything. But when the ball drops, they’ll have just 12 days to finish their homework. And since some of them, like some of you, have jobs, families, responsibilities, and lives, a great deal will come down to what they feel like catching up with — what looks like fun versus what just feels too long, sad, foreign, dirty, dense, or challenging. That may sound unfair. But for anyone who’s ever wrestled with which movie to see at the end of a long day, it should also sound familiar.