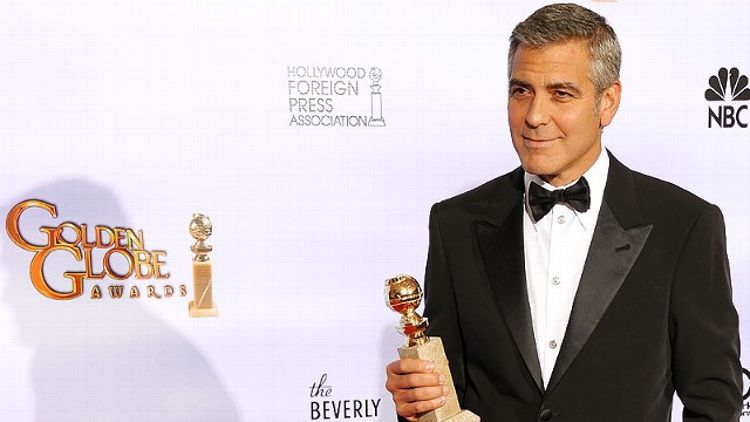 Oscar predictors like to complain that the ludicrous number of movie awards handed out in December and January make the Academy Awards themselves too predictable, but let’s give credit where it’s due: This year, critics helped to create a remarkably diverse field of candidates—eleven different actors have won prizes so far. So there’s really no excuse for Oscar voters to resort to autopilot nominations. But when have Oscar voters ever needed an excuse?

The field: For weeks now, I’ve been hearing from various (mostly L.A.-based) awards observers that “the town” thinks it’s “George Clooney’s year.” Which is crazy, even if it’s true. First of all, who’s “the town”? Angie Dickinson? The head of Fox Searchlight? Jake Gyllenhaal? A publicist? Aside from that, come on: Every year is George Clooney’s year. He already has an acting Oscar, The Descendants is about to bring him his sixth nomination in seven years, and he is, for God’s sake, George Clooney! I’ve already admitted I’m somewhat immune to the appeal of The Descendants, but even if you love the movie and Clooney’s performance, the whole, “Finally, this chronically underappreciated man is going to get some recognition!” argument is ridiculous for someone this deep into the Jack Nicholson/mayor-of-Tinseltown/front-row-at-the-Kodak phase of his career. Anyway, Clooney is in—the scene in which he cries over his wife is the Oscar equivalent of a porno money shot. And all evidence suggests that his Ocean’s Whatever costar Brad Pitt will be right there with him for his terrific work as Billy Beane in Moneyball. The It’s His Year argument it looks somewhat more credible when applied to Pitt, who has never won and who delivered two great performances in 2011; that said, it’s a little insane to talk about either of these guys as victims of prior deprivation in any context.

The third and final automatic nomination will go to Jean Dujardin for The Artist, because everybody likes The Artist. And frankly, I can’t remember a year in which the top three candidates for best actor coasted into nomination day with less discussion of the specific merits of their acting. Stardom, personality and general goodwill are powering these selections (although Pitt deserves his spot).

Who gets the fourth and fifth slots may end up revealing somewhat more about what actors do and do not define as Oscar-worthy acting. Shame’s Michael Fassbender has picked up even more critics’ awards than Clooney in the last month; it doesn’t hurt that he was everywhere on screen this year and has made the Hollywood rounds effectively without looking pushy. But his performance in Shame is actually not the kind of big-swinging-dick work that generally gets nominated. It’s a quiet, un-flamboyant, almost minimalistic take on a largely unsympathetic character—exactly the kind of work that tends to get overlooked by other actors. It may be telling that the one “precursor” nomination he didn’t get was a nod from the Screen Actors Guild; inscrutability and stoicism can be hard sells to a branch of the Academy whose choices often suggest that more is more. It’s why Ryan Gosling has barely been in the conversation for Drive, and it could also hurt the chances of Gary Oldman in Tinker Tailor Soldier Spy. His expert, dry-as-dust performance as George Smiley is very finely shaded (and vocally remarkable), but you really have to be paying attention—and paying attention to the never-nominated Oldman is clearly not an Academy strong suit.

So where do voters go if they’re looking for something big? Maybe to the so-far-prizeless Leonardo DiCaprio, who does the kind of transformative all-caps acting in J. Edgar—accent and speech impediment, makeup, aging, shouting, fighting, wearing a dress—that actors dig more than critics. All that’s in DiCaprio’s way is the movie itself—but voters weren’t crazy about Clint Eastwood’s Invictus either, and the actors branch still went for Morgan Freeman and Matt Damon. DiCaprio probably doesn’t have to worry about 50/50’s Joseph Gordon-Levitt, Rampart’s Woody Harrelson or Warrior’s Tom Hardy—worthy actors who did fine work this year that just hasn’t gotten awards traction. But two other serious candidates could get in Leo’s way. Take Shelter’s Michael Shannon, whose performance has now won awards from half a dozen critics’ groups but was passed over by SAG, the Globes, and the Broadcast Film Critics Association, has a lot of admirers, and not just in the press. And Demian Bichir, whose work as a gardener facing deportation in A Better Life has been the center of a slow-and-steady campaign for months, saw all that work pay off with a surprise SAG nomination last month. This is one case where “the town” and its uneasy relationship to the people it employs could actually make a difference.

What I’m probably wrong about: I’m in a very small minority of tea-leaf readers who believe that Fassbender is just going to miss the cut.

In my dreams: Michael Shannon gets in.

In my nightmares: I go a piss-poor 3-for-5 in every category. Speaking of which, tomorrow, I wrap up the guesswork with Best Director and—maybe the single biggest mystery of Oscar season—the 5, 6, 7, 8, 9, or 10 nominees for Best Picture.