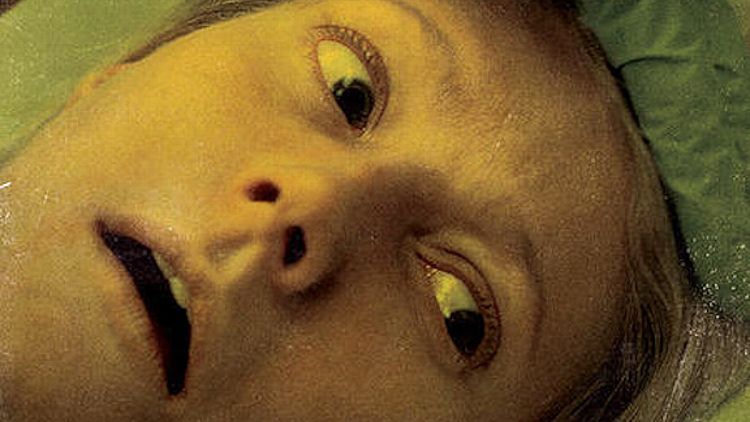 One year ago, the Toronto Film Festival produced a “This changes everything!” moment when the Weinstein Company unveiled The King’s Speech and Oscar speculators from coast to coast announced that it was all over but the engraving of the statuette. As Time’s Richard Corliss wrote with a cynicism that would have been unbecoming if he hadn’t turned out to be dead-on, the movie was “just…the right kind of bad — ostensibly bold, cannily earnest, hammering home big themes” — to make it the frontrunner for the Best Picture Oscar. Five months later, voters proved him right, and we in the prognostication biz learned a valuable lesson: It’s really boring to declare a winner in September.

This year’s Toronto fest has now come and gone, and let us all celebrate the absence of premature anointment! “Wait and see” seems to be the mood of the moment, with nobody eager to preside over an early coronation; in fact, the wildest enthusiasm of the last week was generated not by a festival movie, but by the eight-minute trailer for David Fincher’s The Girl With The Dragon Tattoo. True, there does suddenly seem to be a flurry of stentorian pronouncements about the contest for Best Actor, but too many overclaims tend to cancel one another out, and so, with various people saying this is going to be Brad Pitt’s year for Moneyball, or Gary Oldman’s for Tinker, Tailor, Soldier, Spy, or Michael Fassbender’s for Shame, or Ryan Gosling’s for whatever, or Leonardo DiCaprio’s for a movie nobody’s seen yet, or a guy whose name nobody outside the business knows yet for that movie that won him the best-actor prize at Cannes, we get to bump up against the reality that not only will most of these sure things fail to win, but some of them won’t even be nominated.

To me, the film that has come out of the last few weeks looking most like a contender is one that nobody in the Oscarverse is talking about. If I told you that a movie made by an Academy Award-winning director starring eight previous acting nominees (four of them winners) opened in first place at the box office and received extremely positive reviews, you’d be thinking it’s in the mix, right? So why aren’t more people — okay, why isn’t anyone — high on the awards chances of Steven Soderbergh’s Contagion?

I suspect the answer is that in some indefinable way, the film falls under the blurry heading of “not an Oscar movie,” a designation that’s perilously hard to overcome. Maybe the genre to which it belongs — a big-name cast copes with a catastrophe that will leave a few of them dead — brushes a little too close (on paper, not in execution) to cheesy disaster movies of the 1970s. But it’s worth remembering that the Academy used to be every bit as fond of those all-star craptacles as audiences were: Between 1970 and 1974, three of them — Airport, The Poseidon Adventure, and The Towering Inferno — scored a combined 26 Oscar nominations, including two for Best Picture. That may be ancient history, but a more recent trend also bears consideration: More than any other studio, Warner Bros., which released Contagion, has an interesting track record of coming in under the awards radar with films that are touted in advance as well-executed popular entertainments rather than as Oscar bait. I’m thinking of Unforgiven, The Fugitive, Inception, Training Day, The Departed, Michael Clayton — all movies that eventually made their way into the race by exceeding expectations while other, more ostensibly prestigious and/or Oscar-friendly candidates fell away.

While we continue to wait for those show ponies, the studios are beginning to wrangle with one of the banes of every campaign season: Category confusion. Awards rules allow performers to be nominated for both lead and supporting roles in a single year, but, for no particularly well-explained reason, actors can’t compete against themselves in the same category. Strategic shuffling can happen when an actor or actress has more than one praiseworthy role in the same year. Or it can happen when a studio wants to move one actor out of the way of another. Or it can happen because there are no guidelines governing what constitutes a lead performance versus a supporting performance, just gut instinct. This can lead to peculiar Oscar paradoxes: Anthony Hopkins won Best Actor for The Silence of The Lambs with only 17 minutes of screen time — a shorter performance than any of the four most recent Best Supporting Actor winners. Ethan Hawke, a Best Supporting Actor nominee for Training Day, had slightly more time on camera than his costar Denzel Washington, who won Best Actor. In Brokeback Mountain, Heath Ledger was considered lead and Jake Gyllenhaal was considered supporting. Why? Because Gyllenhaal was the bottom? Your guess is as good as mine.

To further complicate matters, voters can and occasionally do overrule the best-laid plans of Oscar campaigns, as happened three years ago, when Kate Winslet was officially pushed as Best Actress for Revolutionary Road and Best Supporting Actress for The Reader. Academy members chose to ignore her for the first film and promote her to Best Actress (which she won) for the second. It’s best to avoid messes like that if possible, and here are three potential briarpatches.

Brad Pitt for The Tree of Life
Yes, Terrence Malick’s movie is divisive (for the record, I am firmly in the loved-it camp, for reasons I look forward to explaining if the movie gets the awards traction I hope it will). But even the haters have to concede that Pitt’s performance as the clenched, disappointed patriarch of a Texas family was almost unanimously acclaimed, with some critics calling it the best work of his career. To my eyes, both he and the extraordinary non-actor Hunter McCracken, who plays his son Jack, are leads. But there’s a case to be made that the only real star of this movie is Malick’s vision, and that the entire cast constitutes an ensemble in support of it. More to the point of Oscar realpolitik, Pitt is staking his Best Actor chances on Moneyball, and in cases like this, the star’s wishes rule the day. Therefore, bet on him to be put forth as a supporting-actor candidate for the Malick film; he’s got a shot at a nomination, especially if a critic’s group or two decides he’d be a nice addition to their ceremonies.

Viola Davis for The Help
This should be a no-brainer: While I have sworn not to use the phrase “sure thing” at least until the leaves begin to change colors, Davis’s work here makes her as close to a guaranteed acting nominee as 2011 has yielded, and her role, Aibileen Clark, is unquestionably a co-lead. When the movie opened, there was some brief talk about trying to guarantee her an award by putting her up for Best Supporting Actress. Nothing doing. Any campaign that contains even the whiff of a suggestion that Davis’s work in the film is secondary to that of Emma Stone would amount to a concession that those who have criticized The Help for turning the civil rights movement into the story of a white girl’s triumph are right, and that’s not going to happen. So expect Davis to be promoted as a lead, presumably alongside Stone (who will probably receive a courtesy campaign that will not bring about a nomination). As a consequence, to clear as much of a path for Davis as possible, her costar Octavia Spencer, who plays Minny, will likely be knocked down to Best Supporting Actress, even though in Kathryn Stockett’s novel, all three share custody of the narration. Is this fair to Spencer? Yes — because in the movie, her character feels “supporting” in a way that Davis’s does not, and intangibles like that let you get away with a lot.

Christopher Plummer for Beginners
Plummer is 81, and, from an awards-season perspective, has everything going for him. He has been chronically underrecognized by Academy voters — it’s still inexplicable to me that he wasn’t nominated for his brilliantly acidic portrayal of Mike Wallace in The Insider. And his second-billed (but really supporting) role in Beginners feels laboratory-designed for awards: Getting to play a stoic gay man who doesn’t come out until he’s 75 and then learns he’s dying of cancer is a little like bowling a strike after getting spotted nine pins, which makes the fact that Plummer’s portrayal is so understated and simple the true mark of his talent. The only thing in his way is himself. He’s got a chewy supporting role coming up in Dragon Tattoo, and a movie version of his one-man stage performance in Barrymore, for which he won a Tony in 1997, was warmly received in Toronto and should soon find a distributor. If Barrymore opens this year, Beginners could be squeezed out, since two campaigns for the same actor may be tricky but three are pointless. And if it doesn’t, Focus Features, which released Beginners, will have to decide whether to make room for Dragon Tattoo by attempting to campaign Plummer as a lead, or to keep him where he belongs, in Best Supporting Actor, letting voters pick the performance they prefer, and hoping he doesn’t cancel himself out.

Previously: Oscarmetrics: Four Best Actor Candidates to Save a Seat For
Oscarmetrics: The Contenders So Far
What the F is the MPAA Thinking?

Trailers of the Week: The Muppets, Premium Rush, and The Raid

The Emmys Can't Even Get the Narrative Right