Oscarmetrics: Can Rise of the Planet of the Apes’ Andy Serkis Break the Oscar Mo-Cap Barrier? 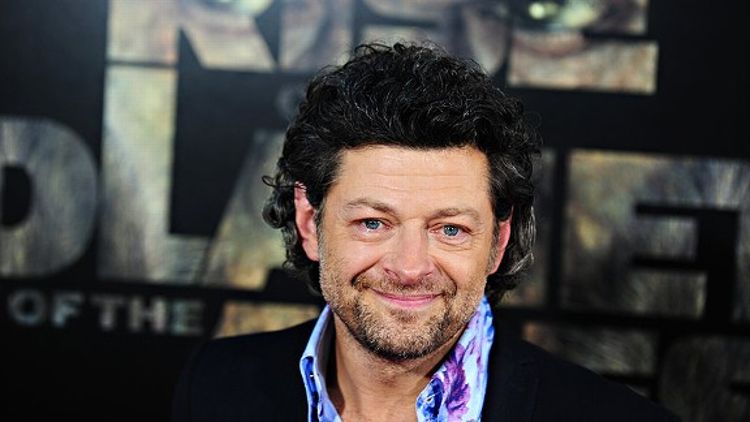 One of the most pleasurable things about covering any Oscar season is that, as rigged as the contest can sometimes feel in favor of whoever has the most advertising dollars or the slickest road-to-a-win narrative, the movies themselves always reshape the race in surprising ways. For instance: A few months ago, I would have guessed that Rise of the Planet of the Apes would be a likelier candidate for Dan Kois’ RazzieWatch than for any discussion of the Academy Awards. On paper, it looked like an unpromising semi-prequel to a clunky ten-year-old reboot of a played-out franchise. In reality, it turned out to be a near-exemplary summer studio movie — exciting, affecting, smart, and a case study in how to use visual-effects technology in the service of a good script rather than as a substitute for one. Which has led to the most vexing question that the members of the Academy’s acting branch are likely to face this year: What should they do about Andy Serkis, who has won some of the strongest reviews of 2011 for playing a chimpanzee?

I was tempted to put air quotes around the word playing, because as anyone who has watched the movie knows, you never actually see Serkis — his performance is a seamless melding of the actor’s own skills with those of a vast throng of motion-capture and performance-capture technicians and digital-effects creators. The result is compelling enough to have inspired calls for a Best Supporting Actor nomination. And thus, the first question voters will have to ask themselves is, If Serkis is never on-screen, can you honestly refer to what he does as acting?

This is going to be a column in which I say “I don’t know” a lot, but to that question, at least, I’m going to offer an unqualified yes, air quotes not required. Serkis has been honing his specialty for years now: He played Gollum in Peter Jackson’s Lord of the Rings trilogy, and the title role in Jackson’s King Kong remake. He’ll also be seen — or rather unseen — in the upcoming Tintin and Hobbit movies. Serkis is both an actor and a master performance-capture technologist-slash-evangelist who has cofounded his own production facility and consulting service. He probably knows more than any performer in movies about how to translate what we generally think of as acting — the countless infinitesimal decisions, both calculated and instinctive, about everything from facial-muscle movement to body language to vocal timbre — into a medium in which the visual presentation of his characters will ultimately be in the hands of other people. And in interviews, he makes a convincing case that his choices in playing Caesar the chimp were acting choices, even though they were circumscribed by his awareness that his performance, by definition, was a blueprint rather than an endpoint.

For at least twenty years, forward-thinking movie fans — some Academy members among them — have struggled to get nontraditional acting into the race. In 1992, many people argued that the virtuosic voice work of Robin Williams as Aladdin’s genie merited consideration, contending that the performance was so emblematically him that the fact that he didn’t appear on-screen was irrelevant. A similar push was made for Finding Nemo’s Ellen DeGeneres a decade later, for Serkis’ own work as Gollum in The Two Towers, and most recently for Zoe Saldana, who played Neytiri in Avatar. When Saldana was floated for Best Supporting Actress, I wrote that I thought the character was “a superb visual effect enhanced by an actor, not a performance enhanced by F/X.” I took a bit of a beating for that from some smart people in the Oscarverse, and I probably had it coming. (I may have been overreacting to the fact that James Cameron had been going on and on about how thanks to his innovations, actors like Will Smith would never have to age; has there ever been a director as technologically brilliant as Cameron with such a knack for boasting about the worst possible ramifications of his own ideas?)

None of those campaigns yielded nominations, some say because actors won’t vote for any performance that threatens their onscreen indispensability. But I think a more likely explanation is that they simply don’t know how to judge this kind of work alongside the other actors they’re considering — and when you’re choosing five names to write on a ballot, head-to-head comparisons matter. Over the years, voters have willingly nominated actors who worked under heavy makeup, even when it rendered them unrecognizable (Heath Ledger in The Dark Knight) or all but immobilized their features (John Hurt in The Elephant Man). But performance-capture is different; it always raises the question of whether what you’re watching, reacting to, and moved by is the actor’s craft, the technology, or the combination.

Here’s my answer: I don’t know. And to the extent that Academy members may feel the same bewilderment, that’s probably bad news for Serkis. Given his contribution to movies, he almost certainly deserves a nomination for something, but I’m not convinced it’s for Best Supporting Actor. To explain my resistance as something other than Luddite technophobia, let me point to a few other contenders in the category (which is still wide open):

• Corey Stoll stands out in Midnight in Paris because, called upon to play Ernest Hemingway as if Hemingway spoke entirely in punchy, belligerent aphorisms, he finds an almost impossibly precise sweet spot, portraying Hemingway as if he means everything he says, but also as if he knows that the larger-than-life persona he’s cultivating might be something of a put-on. As a result, what could have been cartoonish feels like a dryly witty, precise little essay on literary fame and its consequences.

• In Drive, Albert Brooks takes the cranky verbal aggression that made him so brilliant in Lost in America and Broadcast News and, playing his first real villain, shows us the menace beneath his tirades in a way that makes audiences realize with delight that he had it in him all along and we just weren’t paying attention.

• In Moneyball, Jonah Hill jettisons his own flair for on-screen trash-talking and proves that he can find vitality, impatience, competitiveness and even aggression in a character who never raises his voice and whose favorite color is monochrome.

• And in Warrior, Nick Nolte uses his ruined looks and whiskeyed larynx to lend poignancy to the stock role of a crumpled-up boxing trainer. We’re all the more moved because his whole body seems to articulate his history as a punching bag; it’s mapped everywhere from the sag of his shoulders to his mug shot of a face.

I don’t know (that phrase again) if any of those performances will be nominated, but it’s not hard to understand how voters will assess them. An old actor deploying the weight of his years, a young actor successfully playing against type, a relative newcomer getting best-in-class in a large Woody Allen ensemble — these are all well-worn paths to nominations. When actors watch Brooks in Drive, they may or may not vote for him, but they will understand, without even having to try, how his choices individualize the performance — how different the character would be if he had been played by Dustin Hoffman or Frank Langella or Alan Alda.

That’s much harder to do with Serkis. Moviegoers who respond to Caesar in Rise of the Planet of the Apes do so in part because Serkis brings so many nuances to a chimpanzee. What he doesn’t bring, of course, is the chimpanzee himself; that’s a visual-effects achievement without which the performance would be incomplete, and it’s qualitatively different than a costume or a latex facial prosthesis in that, unlike those elements, CG can only be inspired by the actor, not, ultimately, manipulated by him. Voters may love the result but still be unable to decide whether they’re impressed because of what Serkis brought to it that a different actor wouldn’t. Having so few other performance-capture roles with which to compare Caesar, it may be hard for them to say, “Only Andy Serkis could have given that performance.” Even if it’s true.

If 20th Century Fox wants this nomination, it has a couple of months to mount a publicity campaign to make the case that it’s not just acting, it’s great acting. And in December, Serkis could even pick up a prize or two from critics’ groups looking to make a statement. But for Academy voters, he remains a tough sell. Because when you look at a performance and say “I don’t know,” your instinct is probably going to be to punt and just nominate five other performances you like. The Best Supporting Actor race is not going to be thin this year: Aside from Brooks, Hill, Nolte, and Stoll, we have Christopher Plummer and Brad Pitt (both discussed in a previous column) and a set of contenders in movies yet to open that may be formidable enough to knock out almost all of those guys. That’s stiff competition for anyone trying to score recognition for a summer genre film, let alone an actor whose contribution needs so much explaining. (Remember, this is a voting bloc that has barely even acknowledged that actors in comedies are worth considering.) The day is approaching when the Academy will have to reckon with technologically aided performances, and figure out how to compare apples and CG apples. My guess is, that day isn’t coming this year. But I don’t know.

Filed Under: Andy Serkis, Awards, Movies, Oscarmetrics, Oscars, Rise of the Planet of the Apes