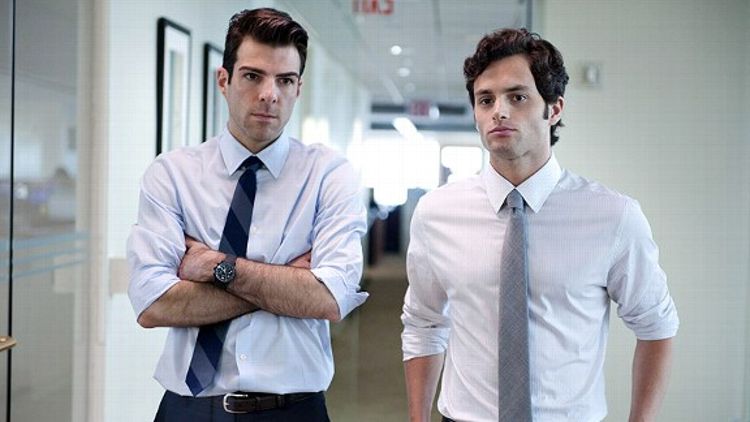 Very soon, we’ll get down to some hard-core category-crunching in Oscarmetrics — the last two months of 2011 will bring a wealth of serious contenders. And by serious, I mean movies not directed by Roland Emmerich. I know some people are excited by Anonymous, but honestly, if I want to see a director try to take credit away from a writer, my options are hardly limited to specious, unsupported fringe-lunacy. Begone, thou dissembling idle-headed gudgeon! (If you want to banish this movie, by the way, I highly recommend the Elizabethan Curse Generator.) Meanwhile, let us hasten to the Twitter mailbag and catch up with some queries before the onslaught. Anon!

What will be a surprise Best Picture nominee?
— @siblings_at_law

If I knew three months in advance, it wouldn’t be much of a surprise. But an unanticipated dark horse is something most people want, because it would mean that a movie can elbow into the race on pure merit. Right now, predictors, consultants, and publicists are all working from the same two lists — one a roster of mostly big-studio releases whose award-worthiness is announced by a flood tide of marketing money, the other a group of indies that have generated enough attention on the festival circuit to be plumped as contenders.

But can the Oscar race accommodate an accident — a movie that shakes things up just because it’s unexpectedly excellent? One film is about to test that question: the coolheaded, remarkably well-executed financial thriller Margin Call. When the movie played at Sundance last January, it got just-okay buzz — typical for a festival that historically overhypes the quirky-dysfunctional-romantic-comedic but undersells movies that are dark, urbane (or just urban), and tough-minded. It was acquired by Lionsgate and Roadside Attractions, which — aside from Winter’s Bone last year — has not been a major awards player.

Nine months later, Margin Call opened just as Occupy Wall Street was igniting; suddenly, it looks like the most on-point American movie of the season. This one caught the Oscar blogosphere napping, and the wake-up call came not only in the form of higher-than-expected grosses but in raves from the likes of the New Yorker (“One of the strongest American films of the year”), the New York Times (“An extraordinary feat of filmmaking” with direction that is “downright awe-inspiring”), and the Los Angeles Times (“Margin Call will open your eyes”). They’re not wrong: Writer-director J.C. Chandor has made the year’s most impressive American debut. Any filmmaker who can bring Gossip Girl’s Penn Badgley and The Mentalist’s Simon Baker into the same movie cosmos as Kevin Spacey and Jeremy Irons and extract equally credible and intelligent work from all of them belongs in the awards discussion. (And SAG voters, who tend to use their “Best Ensemble” award as a lame substitute for a Best Picture prize, should see this movie as a reminder of how valuable real ensemble acting can be.)

So we already have a surprise. Now we’ll see if it can be accommodated by a system that too many people already feel is rigged in favor of big money. (I’m talking about the Oscars, not Wall Street. I think.)

What’s your take on The Ides of March, award-wise?
— @beefymuchacho

Beefy (may I call you Beefy?), I’m not optimistic. When a pedigreed movie turns into an also-ran — not a failure, just not a closer — it happens almost imperceptibly; hopes quietly deflate, and it’s over. Nothing in particular went wrong with Ides, but none of the things that needed to go right fell into place either. Reviews were good, but not quite good enough — the aggregation site Metacritic, which quantifies a movie’s critical reception more accurately than Rotten Tomatoes, puts the film at a 67, on par with Captain America and Fast Five. Reviews aren’t everything, but they do matter, and for most Oscar hopefuls, that simply isn’t a good enough result unless — as with The Blind Side — massive public support trumps critical sniffiness.

And that isn’t happening. The Ides of March has grossed only around $34 million, which underscores its biggest problem: The movie is nobody’s first choice — not critics, not moviegoers, not Sony (which can simply shift its campaign muscle to Moneyball and The Girl With the Dragon Tattoo), and probably not Oscar voters, who can find other ways to reward almost everyone involved. Producer-director-co-writer George Clooney will be the subject of a big Best Actor push — but for The Descendants. I’m guessing Ryan Gosling, should he decide to work the awards circuit, will work it harder for Drive (a movie that’s grossed about as much as Ides with a lot less firepower behind it). And if you like Philip Seymour Hoffman and Paul Giamatti, you might like them in Moneyball and Win Win just a little more.

The Ides of March is still holding one card, though: It’s watchable. With that all-star cast and studio polish, it’s a movie a lot of Academy members will check out when their DVD screener arrives. In an Oscar year, voters can get anywhere from 60 to 100 movies in the mail, so playability matters. They will watch Ides. They’ll enjoy it. And then, in all likelihood, they’ll vote for something else.

Would love some discussion about Red State and Michael Parks for best actor. — @Haikusam and others
Short answer: Not gonna happen. Long answer: It’s too bad that the short answer is all that’s necessary, because Parks is a very good actor, and his performance in Kevin Smith’s Red State as a Fred Phelps-like middle-American hate preacher demonstrates that he’s much more than just a kitsch trinket dangling from Quentin Tarantino’s rearview mirror. Even though the role is practically an engraved invitation to go over the top and the script gives Parks a floridly vicious real-time 10-minute sermon to masticate, he doesn’t succumb to excess until the movie makes him; in fact, he manages to underplay, a feat that earned the 71-year-old veteran almost uniformly excellent reviews, even from critics who felt about the movie the way critics usually feel about Kevin Smith movies.

In a fairer world, the fact that Red State itself is nobody’s idea of an awards film wouldn’t count against Parks. In fact, there’s a long history of nominating performers who are much better than the movies they’re in (example: at least half the women who are currently being talked up for Best Actress). But Academy voters are a lot more forgiving of mediocre or failed middlebrow art than of barely released brain-splatter fanboy goofs. To compete, a movie has to look like it wants to be in the contest — so if Parks has no awards heat, you can blame Smith, who pretty much scuttled his film’s chances with a publicity-stunt distribution-rights auction at Sundance followed by a city-by-city tour that turned Red State into the Charlie Sheen of indies.

Any chance you can use your influence to keep the Oscars from using a vocalist during In Memoriam?
— @JessHornsby

Jess, you lost me at “your influence.” If I had influence, The Social Network would have a Best Picture Oscar and King George VI would still be stuttering. But let’s not tear open that abscess. Yours is a cause worth embracing, so just in case the producer of this year’s Oscar show happens to be a self-Googler, let’s give this a try:

Hey, Brett Ratner! Yes, I’m talking to you, @BrettRatner, director of For Your Consideration In All Categories: Tower Heist, and various other optimized search terms! Over here! I hear you love movies and movie history, so I know you’ll agree with me when I say that if there is a movie heaven, Sidney Lumet and Elizabeth Taylor are in its VIP room right now, trading Richard Burton stories. Just in case they watch the Oscars in the hereafter, I’m pretty sure you don’t want those two departed greats to have to see some bleating Italian boy band or runner-up from The X Factor moping through yet another version of Leonard Cohen’s “Hallelujah (Theme From Shrek)” while snapshots of famous dead people waft by. Nor, I feel confident, would Lumet and Taylor want you to leave the audience mic live so that they can wonder who’s going to win the applause contest. (At least this year’s much-maligned telecast turned the mic off to avoid that awkward sound of, “Yeah, I guess I liked Jeff Conaway, but, woo-hoo! Peter Falk! Now that’s a dead guy!”)

Here’s an idea. Keep the mic off. Here’s a better idea: Lose the singer. Seriously. Not even getting Tony Bennett to duet with the ghost of Freddie Mercury on “Another One Bites the Dust” will make this anything other than the cruddiest three-minute gig of the evening. Here’s the best idea: Lose the necrology entirely. Showing slides of the dead isn’t a “tribute,” it’s a perfunctory roll call — and one the Academy did without nicely for decades. We won’t miss it — and you won’t have to make an awkward decision about whether to include that super-creepy guy who won an Oscar for writing “You Light Up My Life” and used it to attract women he then purportedly raped.

One last idea: If you want to honor film’s past, do it with the living — bring the winners of the honorary Oscars back from the exile of an untelevised banquet to the main show, where they belong.

How many Best Picture nominees do you think there will be?
— @mattormsbee

Eight. Why? Because if I’m going to be wrong, I’m going to be wrong early and confidently! Besides, I have a one-in-six chance of being right, since the correct answer is anywhere from five to 10. And here’s something to consider: If you’re assuming that the number of nominees will be lower in a disappointing year and higher in a terrific year, think again. Since all potential Best Picture nominees have to get at least 5 percent of the total no. 1 votes to qualify for nomination, what may determine the number of nominees isn’t overall quality — it’s whether, say, two movies are so preemptively popular that they dominate the voting.

Let’s imagine, for instance, that The Artist and The Descendants are received so ecstatically that they split the top two spots on 80 percent of Oscar ballots. That makes it extremely unlikely that more than three other movies can get nominated. By the same token, a contest in which a dozen movies are seen as solid doubles but there are no consensus home runs could easily yield nine or ten nominees — and still not constitute an especially distinguished field.

Who does Emmanuel Lubezki have to sleep with to win Best Cinematography?
— @stalepopcornau

Given Academy membership and voting patterns, I would estimate that the four-time nominee who shot Sleepy Hollow and Children of Men has to sleep with approximately 2,400 to 2,800 people, which would not only be time-consuming but probably require some flexibility on his part about age, attractiveness, and gender. Instead, I’m rooting for Plan B, which is that voters watch Lubezki’s stunning work on The Tree of Life and give him the Oscar because he deserves it.