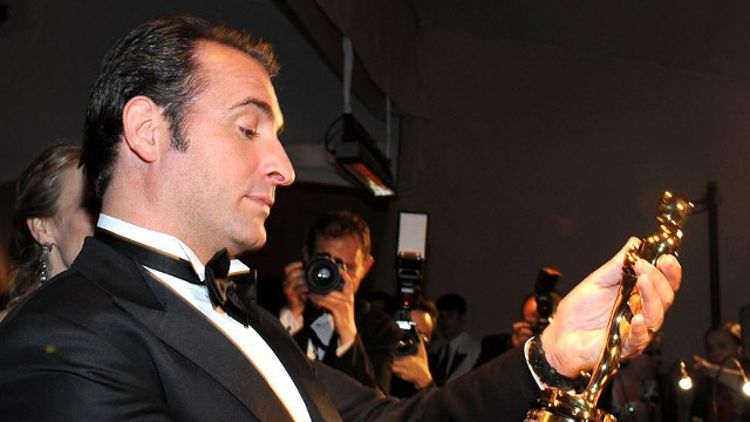 The end of any Oscar season also marks the end of all of that season’s narratives, and when those wrap-ups are unexpected, you retrace your steps and try to figure out which signals you missed. In this case, there’s not a lot of retracing to do, since even the surprises of Oscar night didn’t feel especially surprising. (For those of you who kept score, I went a mediocre 14-for-24 in my predictions — but of the 10 awards I got wrong, eight went to movies I said would be the runners-up in two-way races.) The biggest of the official “upsets” was in Best Actress, where the complicated narrative of Viola Davis and the history of African American Oscar contenders and the opportunities they do and do not receive proved to be no match for the simpler story of Meryl Streep, which was that a 29-year wait for another Oscar was more than long enough.

Davis’ loss is less shocking than it might seem if you consider it in the light of five wins apiece for The Artist and Hugo — a pair of films celebrating something that we were hectored into believing, over and over again before and during the telecast, was “the magic of movies.” Why are movies magic? Apparently because, according to the talking-heads clips we saw, Tom Cruise, Brad Pitt, and Julia Roberts used to go to them when they were younger, and have feelings! If there’s one hard-and-fast truth about the Oscars, it’s that when movies are great, you don’t need to keep saying how great they are: The less impressive a particular year’s crop of nominees is, the more time the show will spend paying moist-eyed tribute to movies in general. A Viola Davis win for playing a maid would have been a reminder of some more unfortunate aspects of the business, and in an Artist/Hugo year, voters were clearly not in the mood to consider anything unpleasant — you’d have to go back many, many years to find another Oscars in which all 20 acting nominees were in contention for playing essentially sympathetic characters.

But there was some sense that even Academy voters weren’t completely enraptured with their own choices. While Streep was accorded an instant and emotional standing ovation, one that many in the audience had been waiting decades to give her, the votes for Jean Dujardin pretty clearly came from outside the Kodak, since the vast majority of the attendees remained placidly in their seats when his name was read. Artist fatigue had set in. (In a night full of good tweets, none made me laugh harder than one from Kaui Hart Hemmings, author of the novel on which The Descendants was based, who joked from the red carpet that “The Artist people were in line in front of me and now I smell like cigarettes and entitlement.”) The Artist, obviously, got more votes than anything else, but based on the reaction of the room, I’d guess that everything else combined got a lot more votes than The Artist.

In the end, the lessons of this Oscar year fall pretty much in line with what we knew (or feared) all along: Harvey Weinstein is one bad-ass campaigner, voters prefer inspirational stories to hard realities, and the Academy is not America. A Los Angeles Times study last week provided firm numerical support to everybody’s longstanding sense that Oscar voters are overwhelmingly white, male, and over 60. The story was widely mocked by the rest of the Oscar press for going to extraordinary lengths to state the obvious, but in retrospect, it’s valuable information, and adds up to as reasonable an explanation as any for the tepid temperature of the year’s choices. Of course everybody went for comfort food. And of course this bizarrely backward-glancing year was exactly the time to bring Billy Crystal out of Cryovac to host. (Can you imagine what the Brett Ratner-Eddie Murphy version of the Oscars would have looked like with this particular set of movies? It’s almost as if Ratner saw it coming months ago and thought, What one sentence can I possibly say that will get me out of this?)

One reason I love covering the Oscars and have poured out around 58,000 words’ worth of musing about them over the last six months is that they are, and have always been, a contradiction in terms: a snapshot of the votership’s taste at one given moment that poses as an official attempt at creating something permanent. That mismatch remains as fascinating as ever. Let’s jump back 25 years — a reasonable early check-in time to see how kind posterity has been to the Academy — and look at the five Best Picture nominees of 1986. The winner was Platoon, a choice that holds up reasonably well, as do two of its competitors, Hannah and Her Sisters and A Room With a View. But the other two nominees, the TV-movie-ish Children of a Lesser God and the middlebrow historical prestige pic The Mission, have barely been thought of since 1987. I suspect that if you were to poll Academy members, Oscar obsessives, film historians, and enthusiastic moviegoers today about which two movies should have gotten slots no. 4 and 5 that year, the results would favor a pair of films that got other nominations then but fell short of Best Picture: James Cameron’s Aliens and David Lynch’s Blue Velvet. The Academy’s aversion to popular genre films and to the arty and weird is almost as old an Academy tradition as the Oscars themselves, and should be a considerable consolation to Bridesmaids, Drive, and any number of other movies that will go on to secure their places in history (one last hat tip to Margaret!) for reasons that will be completely uninfluenced by their lack of awards. And that’s as it should be, because in the long run, the movies, not the Oscars, always win.

In some ways, it’s appropriate for every Oscar season to end with a reminder that the Oscars are imperfect, and that their imperfection is part of why they enthrall us and certainly no reason to give up on the whole enterprise. Every year, a chorus of people can be counted on to say the Oscars don’t matter. I think what they mean is that the Oscars aren’t all that matters, and they’re right — but yes, the Oscars matter, just as box office grosses matter, reviews matter, my opinion matters, and your opinion matters. They all represent different facets of the ongoing struggle to define for ourselves and for one another why we love what we love. People have been doing this in the form of prizes for a very long time, and I’m sure that in 467 BC, when Aeschylus took first place at the Dionysia festival for Seven Against Thebes, the next day somebody chiseled “Sophocles Got Screwed” into a wall. Our tastes add up to a self-portrait and sometimes a self-examination, and so do the Academy’s. This year, they chose a mirror with lighting as flattering to themselves as possible — and in doing so, paradoxically made their flaws more visible.

So where does that leave us? On the precipice of a brand-new movie morning. One of the great joys of the first moments of Oscar aftermath is that it affords all of us an almost limitless amount of optimism. The year 2012 will bring us Steven Spielberg’s Lincoln and Baz Luhrmann’s The Great Gatsby and Peter Jackson’s The Hobbit and Tom Hooper’s Les Misérables. We’ll see major new films from Kathryn Bigelow and Quentin Tarantino and Paul Thomas Anderson, from the Wachowskis and Ang Lee and Christopher Nolan and Ben Affleck and Wes Anderson and Alfonso Cuarón and the suddenly blessedly prolific Terrence Malick. And something or someone will explode out of Cannes or Toronto, an event as unforeseeable today as The Artist was a year ago. I hope they’re all great. 2012 doesn’t feel like a year for the mild or minor or gentle, but a year in which filmmakers are prepared to swing for the fences. It’s about time.