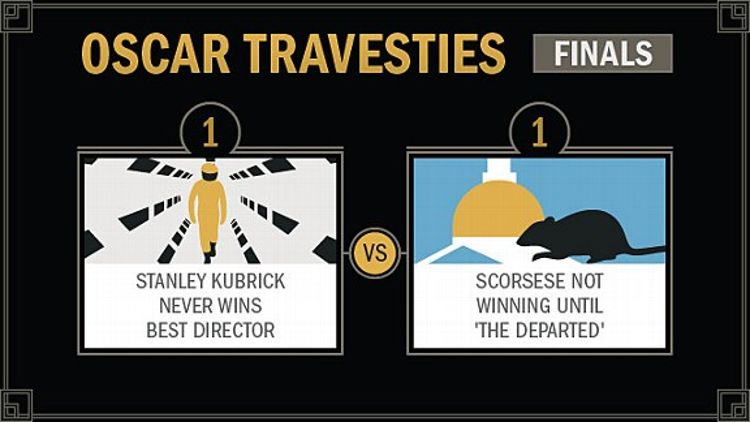 Welcome to the Oscar Travesties finals! As expected, Crash, the most egregious error of collective judgment in the long and distinguished history of the Academy of Crash Mistakes and Haggis Sciences will face off against … wow, Crash again, in a winner-takes-all battle for the honor of being the most contentious kudos recipient since two Cro-Magnons bludgeoned each other to death with jagged rocks over a disagreement about the artistic merits of a poorly rendered cave-scrawling of a three-legged bear that earned an approving nod from a blind elder.

What, did you expect us to just let go of this total failure of the democratic system in a mere 24 hours? This entire bracket concept is based on the idea that we never let old, deeply personal but ultimately inconsequential wounds heal, so if we get one last chance to throw a petty little hate-party for Crash, we’re taking it. We don’t care that yesterday’s results eliminated a morally impossible decision pitting ill-gotten Oscar gains against the honorary righting of a universally acknowledged wrong; we’re still upset some weird fixation about Shakespeare in Love’s debatable inferiority to a Spielberg also-ran robbed us of an additional day of wallowing in the fetid slop of our own cinematic self-righteousness. Oh, sweet baby Sandy Bullock, that fucking movie, though.

OK, we’re done now. Promise. Crash is long-dead and buried, never again to be exhumed for a ceremonial parading around the town square atop gilded pikes. The people have spoken. So let us now review what they most recently spake: 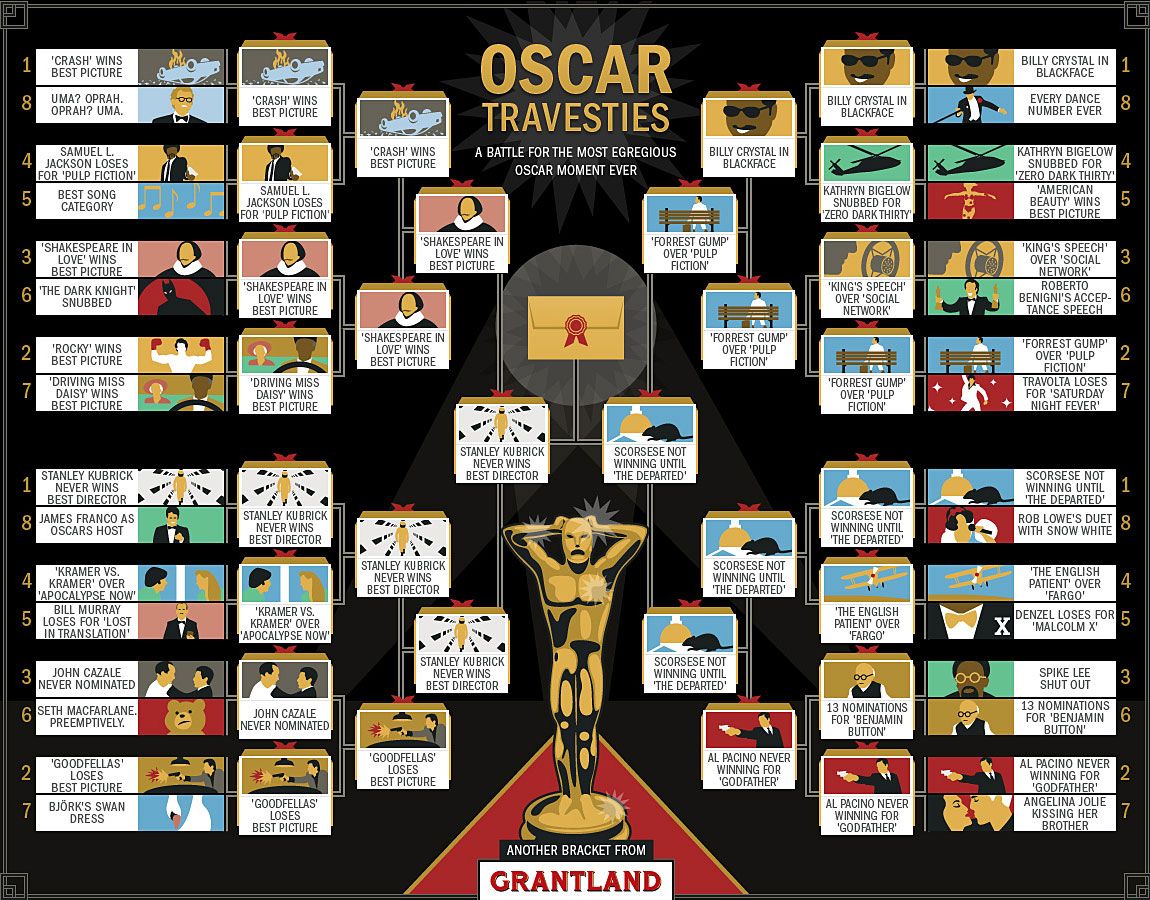 Pulp Fiction was the most influential movie of the decade, and Forrest Gump, charitably, was not. This was a more-than-solid travesty, and one that slightly overperformed its 2 seed to reach the Foul Four. We tip our caps to you, Mr. Gump, and bid you good day. Martin Scorsese could or should have had three directing Oscars before he was handed what became a lifetime achievement make-good for The Departed. It’s nice he got that one, and it’s certainly possible he may yet win another before he retires, but the mantel of one of the greatest filmmakers of a generation should be a lot more crowded.

Despite the relatively close results, this was such a mismatch that we almost shouldn’t have bothered voting on it. On the one hand, you have indisputable genius Stanley Kubrick and his zero Best Director Oscars*, and on the other, you have three-time Oscar-winner Steven Spielberg with one fewer naked gold person than he otherwise might have had. Not much of a travesty, all things considered.

Let’s reframe and see what happens:

[1] Martin Scorsese has a Best Director Oscar vs. [1] Stanley Kubrick doesn’t, and never will.

Yeah, that about sums it up.

TIME TO GO VOTE IN THE FINALS!