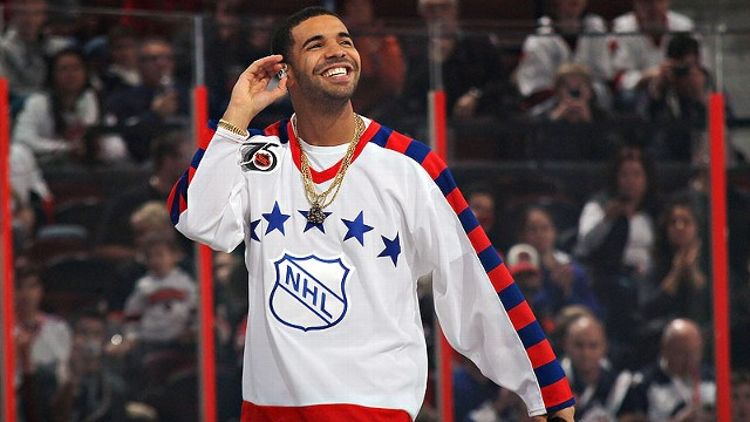 The entertainment choice at this year’s NHL All-Star Game, held Sunday night in Ottawa, was sort of a no-brainer: Toronto’s native son Drake showed up to do “Headlines” and “The Motto,” and to get all patriotic on everyone. The Canada love came flying fast and never really let up. First, the announcer: “Ottawa, are you ready! Show ya love! Performing his number one hit ‘Headlines,’ international superstar and Canada’s own … let’s hear it for Drake!” Then the man himself: “If you’re proud to be Canadian tonight I want to hear you make some noise one time. … Ladies and gentleman, my name is Drake, I grew up on this sport that we are here celebrating this evening, and this is one of the greatest honors that we have ever received.”

During the actual performance — for which Drake paired his trademark OVO owl on the DJ booth with a nifty, customized NHL jersey — he ad-libbed a line to remind everyone that he’s “from this country and I made it.” The players seemed to appreciate it, as a row of them formed on the ice to watch the show with their pads off; a couple of the All-Stars had their phones out, presumably to take photos or text their friends about their proximity to the international superstar, or maybe just to play Words With Friends. Before things wrapped up, Drake had this to say: “NHL, I appreciate you. Canada, I love you with all my heart.” And then the announcer chimed in one last time, ticking off Drake’s merits, presumably in the order in which they are prioritized in his homeland: “Drizzy Drake! Star of Degrassi, and of course the musician’s won a couple of Junos.” You know, a less confident rapper might not be as willing to be as jingoistic about Canada; much credit to the Juno-award winning musician, then, for his pride. It’s either that he, admirably, doesn’t care if people make fun of him, or all that free Tim Horton’s is too good to pass up.