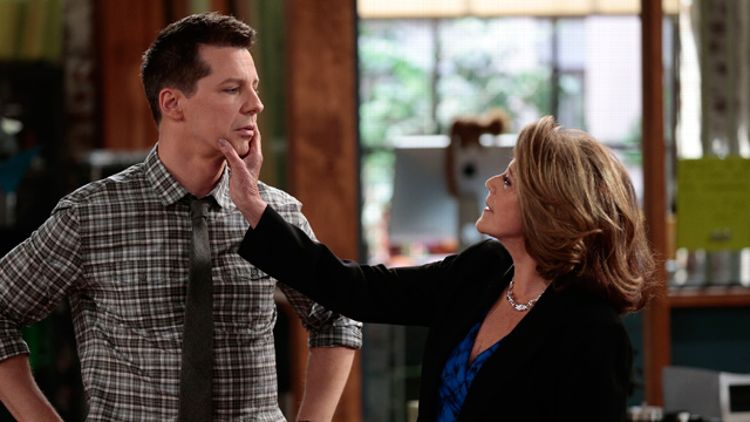 NBC relaunched its once-proud Thursday-night comedy lineup a few weeks ago. Outside of critically adored/audience-ignored holdover Parks and Recreation at 8 p.m., the goal appeared to be relatively straightforward: Network honcho Bob Greenblatt was hoping to wring a few remaining drips of pride out of the faces of a more flush era. At 8:30 p.m. Welcome to the Family would hearken back to a simpler time, when gentle family foibles were enough to glue audiences to their couches. Sean Saves the World would bring back some of Will and Grace’s sassy magic at 9 p.m. The Michael J. Fox Show would complete the circle begun back in the glorious ’80s, when Family Ties was ascendent, NBC’s name was golden, and Brandon Tartikoff still pulled the sun across the sky every morning on his chariot driven by flying, flaming peacocks.

Those peacocks are rotisseried now. The ratings last night are in, and they are pretty only in the eyes of those who want to watch the world burn. NBC, once the paragon of hip, youthful programming, managed a 1.0 in the key 18-49 demo last night. To call it anemic would be an insult to anemia sufferers. Parks, never exactly robust, tied its series low. Welcome to the Family lost 27 percent of its audience from last week’s lousy debut — as Joe Adalian noticed over at Vulture, this means the show was handily beaten by reruns on TBS and Adult Swim. Sean and Michael didn’t do much better. Preaching patience is often a virtue, but not here. It’d be akin to putting up one of those “Hang in There” posters on the inside of a meat locker.

So what now? Sean’s and Michael’s big names will likely buy them some time — as they should. Neither is terrible and both are achieving their creative goals, assuming those goals are limited to being the very best sitcoms of 15 years ago. The Michael J. Fox Show in particular is showing at least a smidgen of resilience in the 9:30 slot, once again affirming that it probably should have started the season at 9 p.m. Regardless of where it started, it’s guaranteed to finish the season: To win the rights to the project, Greenblatt promised to produce and air all 22 episodes.

Welcome to the Family, however, is toast — a griddled bread product its white paterfamilias would likely try to explain to his Latino counterpart during the now never-to-be-produced Thanksgiving episode. This is probably good news for Community’s die-hard fans. (Actually, that’s redundant when it comes to Community. The show, like cricket, has no casual fans.) A 13-episode season with Lazarus-like creator Dan Harmon is currently in production and ready to go. NBC also has the promising About a Boy on the shelf, from Parenthood and Friday Night Lights godhead Jason Katims and starring David Walton, an appealing star whose last project, Bent, was unceremoniously dumped by the network after just three airings in 2012.

But these short-term fixes are the equivalent of throwing a hot towel on a sucking chest wound. NBC’s comedy development is broken and has been for quite some time — remember, this is a network that rebooted itself previously just last year and not a single one of its freshmen comedies received an order for a sophomore season. (A decision that cruelly robbed us of the inevitable Guys With Adolescents.) They’ve failed by taking chances (Ryan Murphy’s screamingly unfunny The New Normal; Anne Heche’s burned-in-the-summer-so-it-never-happened Save Me) and now they’ve failed worse by playing it safe. It turns out creating shows reminiscent of past successes doesn’t attract viewers, it just makes them sad and nostalgic for the original versions they liked better in their long ago, misspent youth.

What’s funny is that there’s almost no way NBC could have done any worse had it programmed with a little verve and given the green lights to non-graying projects like Mulaney, the saucy multi-cam sitcom from the very funny Saturday Night Live writer John Mulaney (Fox picked it up and promptly ordered six episodes), or Assistance, from the equally hilarious Leslye Headland (Bachelorette) and starring Krysten Ritter and Alfred Molina. (Assistance, at least, remains in faint contention at NBC. The actors’ options were extended over the summer.) Those two shows, combined with some blend of Parks, Community and, sure, why not, The Michael J. Fox Show may not have changed the world but they also wouldn’t have threatened to end NBC’s. Sometimes the appearance of creativity and momentum can turn half-empty ratings into half-full. (See again: Fox’s Tuesday nights.

Luckily, we can all rest easy knowing that NBC has clearly learned from its mistakes. The same day its long-mismanaged comedy Thursday finally imploded, the network announced with much fanfare its latest casting coup: inking Meg Ryan to star in a comedy pilot from rom-com screenwriter Marc Lawrence (Miss Congeniality, Two Weeks Notice). Ryan will play a harried professional woman who, and I’ll just quote The Hollywood Reporter here, “must find a way to keep her boss, her teenage kids, her almost ex-husband, and her meddlesome mother-in-law all happy, which results in her overcomplicating every situation and somehow always making it worse.” In other words: #HIJINKS! It bears mentioning that Lawrence’s last TV credit was on a little show called Family Ties. Which means that, once again, NBC will attempt to save its future by clinging desperately to the past. Anything, I suppose, to avoid dealing with its present.

Afternoon Links: Prince's 'Breakfast Can Wait' Video Goes Light on the Bacon and the Chappelle