NBC’s The New Normal Already Getting Banned in Utah 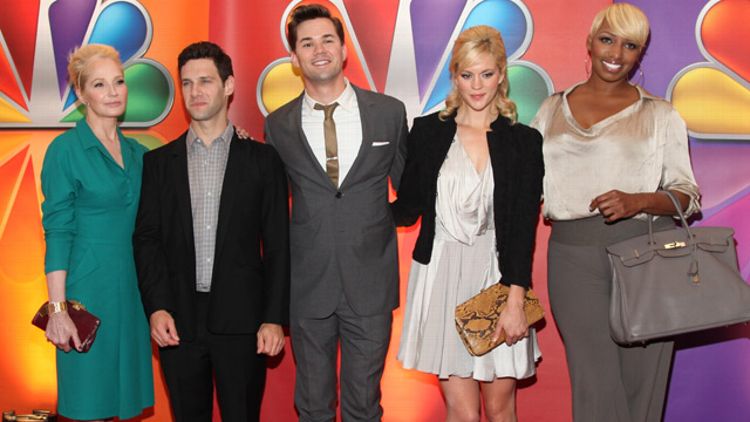 The New Normal, an NBC comedy about a gay couple and their surrogate mother, doesn’t premiere until September 11. But, in a demonstration of resounding resolve, the show has already managed to get banned in Utah. Now this is the kind of go-getter attitude we can all find inspiration in!

Deadline explains that NBC affiliate KSL-TV won’t air the show because of a perceived conflict with the ways of its owner — a little Utah powerhouse known as the Mormon Church. According to Jeff Simpson, CEO of KSL’s parent company Bonneville International: “For our brand, this program simply feels inappropriate on several dimensions, especially during family viewing time.” In particular, Simpson wasn’t feeling the “rude and crude” dialogue, scenes that “may be too explicit,” and characterizations that “might seem offensive.”

Even without taking into consideration Modern Family’s current comedy domination, targeting The New Normal for being anti-family because it features a same-sex couple seems like a scary amount of cultural revanchism from KSL. It turns out that the network runs pretty free and loose with its banning policies, though. Since-departed series The Playboy Club, Coupling, and God, the Devil and Bob were all blocked for various reasons; currently, Saturday Night Live gets the cold shoulder. But don’t worry: That doesn’t mean the good people of Utah haven’t gotten to see Jason Sudeikis’s hilarious Mitt Romney impersonation! Another network, KUCW, picks up SNL, and will also air The New Normal on weekends. (Deadline also points out that KUCW “often picks up sports programming when KSL preempts it for General Conference of The Church of Jesus Christ of Latter-day Saints.”)

Considering KSL is abiding by the rulings of a higher power — that is, whoever’s running things these days in the Mormon Church’s Pop Culture Banning Department — it seems unlikely that a public outcry will convince them to change their minds. But who cares? — The New Normal has already found a new home, making for one highly permeable ban. Seriously, The New Normal should consider it a badge of honor to get banned this early — now, hopefully the hubbub will just translate into more viewers.

Trailers of the Week: The Impossible, Stolen, Bullet to the Head, Passion, and More

The True Blood Finale: 'Save Yourself'