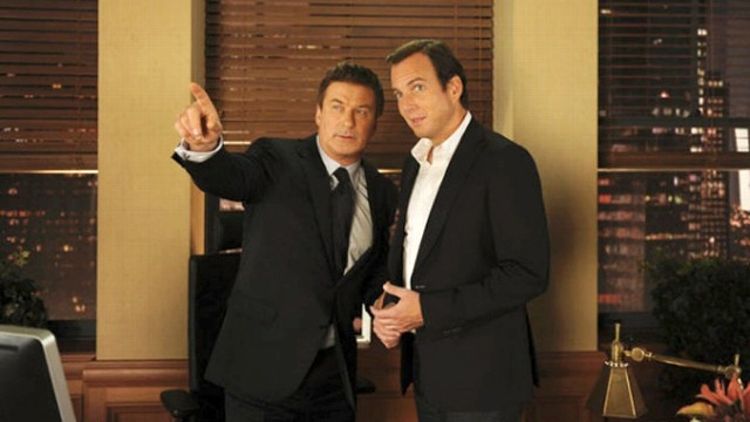 As this column has trudged ever onward, from autumn’s gentle promise to the harsh realities of winter, it has, at times, seemed less like a weekly recap and more of a colloquium on the fate of graying sitcoms. Aging gracefully is no longer the title of a future Helen Mirren memoir, it’s a real concern for network comedies in the Netflix era. These days, it’s no longer possible for showrunners to toss their increasingly comfortable casts into the same old sits and expect to reap an equal amount of com. Contemporary audiences demand momentum — no doubt the result of binging on entire seasons in a single weekend — and when they’re displeased they, like waistcoated duellers, demand satisfaction. While The Office has stumbled this season, its creaky knees and sensibilities too arthritic for fourth-quarter changes, Parks and Recreation has barreled ever onward, evolving on the fly like a Darwinian tweaker. Last night, 30 Rock presented us with another option for staying vital in a short-attention-span plagued world: Go nuts.

There was a double dose of Liz and Jack last night, as NBC finds itself with more new episodes of 30 Rock than there are weeks left in the season. And, like a party with a scotch fountain and backrubs from the Phillie Phanatic, it was an embarrassment of riches. At 8 p.m., “Idiots Are People Three!” proved that last week’s whiplash-inducing return to form was no joke. Or rather, it was plenty of jokes: As scripted by co-showrunner Robert Carlock, the two-parter was a manic master class in comic lunacy, a reminder that serialized storylines and emotional arcs are all well and good but funny trumps all. And holy cats was it funny, chasing every laugh over a cliff like some sort of humor-starved coyote. Jack’s unsubtle meddling into Liz’s private life last week has the desired effect, driving a wedge between her and Criss, a handsome dolt like all of her beaus, who attended Wesleyan (which isn’t the “Harvard of central Connecticut”; that would be Yale) and sweetly greets her with fresh plates of locally sourced pig sweepings. But the overextended Mr. Donaghy — whose hair color seems to change from scene to scene this season, morphing through different brownish-gray shades of the Pottery Barn swatch collection, from Umbrian Taupe to Bellingham Fog — is barely able to enjoy his victory (or his artfully redesigned bathroom) as his string-pulling hands are full with the return of arch-gaynemy Devon Banks (a caffeinated Will Arnett). It seems it was Banks who leaked the tape of Tracy’s offensive stand-up (on behalf of his advocacy group PEEN — it’s not an acronym) and he’ll let America know exactly how Tracy feels about how Asians act in the subway if Jack doesn’t arrange for Devon’s triplets to gain entry into a Catholic school so prestigious even the descendants of Catholic saints can’t make the waiting list.

Meanwhile, Tracy and fellow Idiot Denise Richards — whose face muscles appear to be as stubborn as Jack Donaghy — continue their protest of Liz Lemon’s anti-anti-intellectualism via their new group, the National Association for Zero Intolerance (they probably should change that); and Kenneth and Jenna enlist a spirited, tuxedoed Kelsey Grammer to help them stash Pete’s unconscious body back in his office. After the introduction of a new network mascot (“NBC: We Have a Magical Horse?”), Liz’s forced apology (via Etch-a-Sketch) to those morons responsible for bringing us an Entourage movie, and a gripping one-man show about Abraham Lincoln (in a chimney sweep hat), all is resolved. And while there’s even some feints in the direction of feelings — Liz is the idiot for not following her heart, Jack is a self-made man, and his Mandarin-burbling baby will be just fine in public school — the triumph of the half hour was in its ecstatic anarchy.

So if 30 Rock’s second episode last night, “The Ballad of Kenneth Parcell,” suffered in comparison, well, that’s only because it had the burden of being very good, not great. Jenna’s need to promote her costarring role in Martin Luther King Day (featuring “Andrew” Samberg, Emma Stone, Lynndie England, Plinko from The Price Is Right, and the Quebec Nordiques) causes tension in the long-under-serviced Jenna-Liz friendship. Attempts to patch things up via multiple Blooming Onions backfires, or at least backsplashes when Liz gets doused with PETA paint, sending each off in search of new besties. Jenna quickly grows bored hanging with fellow ego-monsters Knob Kardashian and a grown-up Charlie Bit My Finger while Liz, after flirting with a soulless, soul-singing Sex and the City pod (“Man, do my feet hurt in heels, and other things women sometimes talk about!”), is miserable with her doppelgänger, Amy, a cosseted nudge whom she met in a Barnes & Noble bathroom. Elsewhere, Jack’s money-saving plan to cancel the NBC page program blows up in his face when the robot he hired to replace Kenneth proves that knowing every episode of Will & Grace (and My Fault, a short-lived game show in which homeless people win money by confessing to crimes they didn’t commit) doesn’t make it infallible. The humiliation caused by committing a whoopsie-daisy (“like a baby or woman would do”) in front of Hank Hooper is bad, but getting sympathy from Lutz is worse. Jack soon reverses course and rehires Kenneth, just in time for him to be immortalized in song by Steve Earle.

Not many programs have the comic horses to run with 30 Rock, but not many seem to have the confidence either. There’s a vibrancy so far to this sixth season that most shows would kill to have in their first. And it’s managing it without any forced soap-operatics, healing hugs, or, really, any devotion to greater meaning whatsoever. I’m reminded of the Best Friends Gang, who, while celebrating another successful caper in Jenna’s well-lit dressing room, suddenly notice the light bulb that started this whole mess wasn’t even broken. “None of this was necessary!” they crow, happily. Exactly.

While visiting the set of Parks and Rec for an upcoming feature, I had the opportunity to witness showrunner Mike Schur’s priorities in action. Amy Poehler, Adam Scott, and Aubrey Plaza were shooting a small scene based on a tiny joke. But for Schur, the 45-second bit was hardly a throwaway. He become visibly animated when explaining how what appeared to be a quick gag about April locking Leslie out of the building was actually a carefully constructed illustration of a hyperspecific 20th-century law, the Hatch Act, which forbids public offices from taking part in campaign activities. I’ll save the details for the piece, but the spirit of the story is relevant. Parks is, above all, a character-based comedy. And much of the enjoyment of “Bowling for Votes” came from familiar sources: Ron’s rigid ideas about bowling (“Anything more and this becomes figure skating”) and his macho horror at the sight of Tom’s childishly effective two-hands technique (to say nothing of his tailored, black satin Drive jacket; “bowl so hard” indeed!), April’s sullen competitiveness melting into grudging sweetness. And the biggest laugh of the night came from Ron’s giddy mustache twitch of pleasure in front of his favorite restaurant in Pawnee, the snack bar at the Rock ’n’ Roll Bowling Alley. But the deeper pleasure came from watching Schur and his equally passionate staff slowly but purposefully reinvent the show as a canny satire of political inanity.

Leslie’s desire to be liked — and, on a more altruistic level, to represent all her potential constituents — causes her to come into conflict with Derek, a beer-swilling bowling buff who is, despite a furious charm offensive from Leslie (aided by a thick binder of oppo research), irredeemably an asshole. Not even Ben’s anal perfectionism can help calm the situation: He decks Derek just in time for a photo op. But just as Liz Lemon discovered her inner idiot while still mocking the dummies who believe in the Birther movement and Bratz, Ben and Leslie also learn an important lesson about the electorate — people respond to honesty, even if it’s dumb honesty. It’s a delicate balance that Schur is attempting here with the election gags, but so far he’s managed to find a way to be satirical but never cynical. You have to do some pretty stupid things to get elected in this country, but to people like Leslie, it’d be even stupider not to try. Even if it costs her some whipped cream and a teensy bit of pride in the process.