Nashville Check-in: The Best New Drama of the Fall Is Still Singing 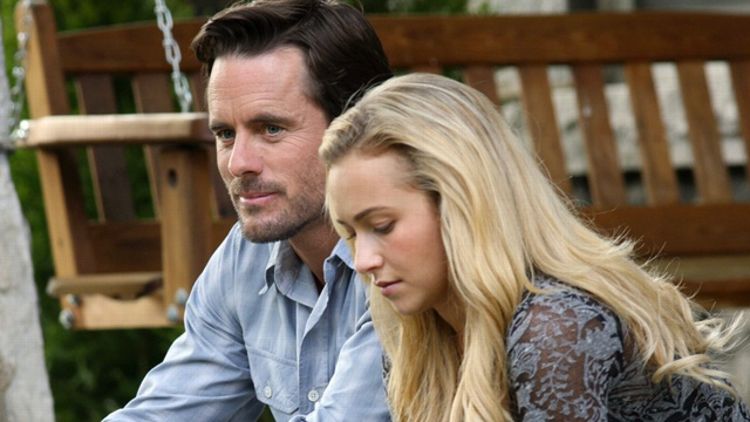 Just before Nashville premiered on ABC, I praised it for being “big and brassy,” a surprising reminder of “just what the traditional big four networks excel at in the first place.” [Auto-disclosure: ABC and Grantland are both owned by Disney.] Now, four weeks later, I’ve returned to praise it again for exactly opposite reasons. It turns out, Nashville, just like Connie Britton’s previous, y’all-spattered series, is only superficially soap-operatic. Yes, there are backroom power grabs, cuckoldry both real and desperately desired, and enough smoldering glances from behind microphones to slow-roast a brisket. But creator Callie Khouri seems far more interested in the deep album cuts than in those feints toward the pop charts. At its best, Nashville privileges smaller, more intimate moments: an addict’s pained confession to a sponsor, a lonely dinner of mac and cheese, the thin line between grudging support and destructive jealousy. The show remains the best of the fall season. Emotional and observant, it’s considerably better, actually, than the twangy indulgence I had expected from the excellent pilot, filled as it was with catty boot-stomping at the Grand Ole Opry. But the big ratings I also predicted have likewise not materialized — the show has shed over 3 million viewers since its premiere, though it ticked up slightly last night — which is a tremendous shame.

I’ve spilled enough digital ink over the talents and charms of Britton to merit a mild restraining order — and indeed, her performance here has only deepened as she’s sunk into the character. With her career in jeopardy, all the heartbreak in Rayna’s lyrics has settled uncomfortably into her personal life. She’s trapped between art and commerce and (naturally) two men. There’s Teddy, the sketchy mayoral candidate she married, and Deacon, the bad-boy guitarist whom she never quite let get away. It’s a credit to Khouri and her writers that none of these people ever drifts into caricature: Teddy is craven and careerist, but he’s also a good father, perpetually “dazzled” by his bride despite deep family scars. And Deacon, as played by the improv-damaged Charles Esten, has emerged as one of Nashville’s finest surprises. A recovering addict, he’s sober but hardly clean and caught in a cowboy two-step of his own with Juliette Barnes, the self-destructive ingenue played by Hayden Panettiere. Contrary to her bitchy debut, Juliette is a fascinating character, haunted by expectations and the twin poisons of poverty and a pill-popping leech of a mother, both of which she barely managed to escape. Long written off by many (me included), Panettiere is a revelation in the role: She acts tough but breaks remarkably easily.

Unsurprisingly for such a musical show, almost everything on Nashville is about harmony and repetition. Rayna can’t quit Deacon because he’s not only her first love, he’s also the living embodiment of her career, a walking, talking ballad in blue jeans and a pickup truck. Britton has a familiar warmth with Esten; it’s possible to feel the years in their interactions. But there’s also a stubborn immaturity: Neither can let go because of what it will mean about themselves, regardless of the consequences for others. After the second episode ended with a wildly intimate duet between the two of them at the Blue Bird Café, Khouri let the moment speak — and sing — for itself. (As music executive producer — and Khouri’s husband — T-Bone Burnett could surely tell you, all good songs are metaphors, but the best are also just good songs.) And so two of the most memorable scenes of the past few episodes have concerned the fallout, the first in a public park, where Britton spoke devastatingly about “holding little hearts” in her useless hands, and the second backstage after a disastrous fund-raiser in which the old Deacon briefly flared up, staring daggers at Teddy and plucking his six-string like another man’s wife. What was notable about both scenes is that they were essentially identical, each a rough cover version of the other: Rayna edging closer to a final break, Deacon commenting dumbly on the impossibility of their situation (“I don’t know what to do with that anymore”). On Nashville, if the first time is tragedy, the second time isn’t farce; it’s just sadder. Like Friday Night Lights before it, Nashville has the subtle temerity to treat its characters like adults. And, in doing so, it treats its audience the same way.

But to me the most impressive thing here, more impressive even than Powers Boothe’s Brobdingnagian jawline, is the way Nashville treats the essentially unfilmable act of artistic creation. Don’t get me wrong: There are — and always have been — plenty of representations of writers and sculptors and singers and what-have-you on TV shows. But Hollywood usually shies away from showing what it is these moony weirdos actually do for a living. Small-screen scribes like Richard Castle and the great Jessica Fletcher spend more time actually solving crimes than they do dreaming them up, and even Carrie Bradshaw, the most successful freelance writer in history (judging by her shoe collection), saw her life’s work reduced to a few stray seconds of self-aware typing. Imagination and inspiration tend to be too internal, too ephemeral for drama. Instead, TV tends to take prosaic, physical feats — like killing rival drug lords, say, or selling paper  — and raise the emotional stakes until they feel like poetry.

Music is doubly difficult, in that it takes up space where dialogue might go and it’s notoriously hard to get right. Thanks to Burnett, Nashville sounds amazing (“Fade Into You”, a simmering duet between the criminally sleeve-averse Gunnar and dizzy blonde Scarlette, is particularly stunning). But, more strikingly, Nashville manages to feel right: For every sudden spark (between Gunnar and Scarlette in the pilot and Deacon and Juliette between the sheets) there’s also a long slog: Rayna curled up on her couch trying to will herself to genius; Scarlette crumbling under the spotlight. For Juliette music is an escape, for Rayna it’s a lifeline, for Scarlette it’s a dream. But for each of them it’s also fragile and challenging, a temperamental muse to be respected and tamed. It requires skill, not magic.

Like its heroines, Nashville shines onstage but lives in the studio. It’s about the hard work of making art, not the fleeting glory that occasionally greets the end result. By demystifying the creative life — no matter how well these people can turn a phrase, they still have to turn tables at their day job, or pay their mortgage, or learn how to be happy — Nashville celebrates it far more than a glitzier show ever could.

Judging The X Factor: The Power-Mad Demi Lovato Must Be Stopped