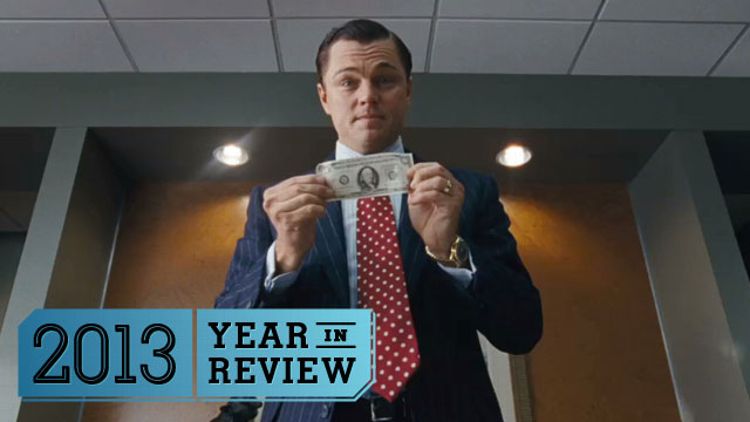 10. Let the Fire Burn, directed by Jason Osder
Part civic-social drama, part horror story, this found-footage documentary reconstructs a history of the black-radical MOVE organization and the 1985 inferno the city of Philadelphia sparked to drive its members out. The movie lets every side speak, and the result is a chilling symphony of racial and class-bound dismay. It’s set in Philadelphia’s recent past, but without much effort could be easily transplanted to many other American cities.

9. This Is the End, directed by Seth Rogen and Evan Goldberg
This looked as if it would be another night trapped in the dude zone. Lo and behold, it had a lot on its mind, not the least of which was what it means for this so-called Frat Pack to exist in the first place. Whom does it exclude and insult? See Emma Watson slash a giant ceramic penis as she exits! The movie actually gets bigger, sorrier, and scarier as it makes its way toward the beyond, but its drugginess undermines neither the comedy nor the sense of prickly juvenile wonder. Nobody asks bigger, crazier questions than little boys.

8. Gravity, directed by Alfonso Cuarón
No, it doesn’t survive a second or third viewing unscathed, but no moviegoing experience for me was as astonishing as the first. Physicists carped. Civilians wondered why our two heroes need to converse so banally. Some preferred the existential dread in J.C. Chandor’s shipwrecked-Redford drama All Is Lost. But space-wrecked Sandra Bullock ultimately wrecked me. This is what you hope to feel when the lights go down and, hours later, come back up: ravishment. This is why God made the movies. But this movie further confirms that Cuarón is a god.

7. The Great Beauty, directed by Paolo Sorrentino
Delirious filmmaking turns Roman decay into an absurdist fantasia. But what separates this from, say, the amusing spray-tan bacchanalia of Harmony Korine’s goodish Spring Breakers is not just Italian aristocracy. It’s Sorrentino’s belief that even though the center of his movie is in his sixties — a party-faring epicure played by Toni Servillo — that center has not fully collapsed. Not yet.

6. A Touch of Sin, directed by Jia Zhangke
For a decade and a half, Jia’s had a reputation as a poetic filmmaker. The politics in his movies are nestled in serenity, irony, and art. Now the poet has a gun. The film’s quartet of stories are based on real events in which rapid changes in Chinese society back wronged, desperate people into committing horrific violence. It’s a grisly, urgent, shocking, disorientingly blunt disturbance of the peace. The Chinese government knows its strength and has effectively banned it. (It has yet to play in mainland China.) Wrong, but you get the censors’ drift: This movie — with its cartoonish, action-movie vengeance — could give a lot of people a lot of dangerous ideas.

5. Post Tenebras Lux, directed by Carlos Reygadas
Every once in a while, someone will ask me, “What makes a movie good?” I never have an answer. But there is one: wonder. Enough of it can make a movie great. Reygadas takes wonder beyond any conceivable narrative limit — he’s the visionary people think they see in the self-conscious brilliance of Shane Carruth. There are moments here when you’re watching couples in bathhouses, boys in rugby scrums, and a camera that can do everything, and you think, perhaps aloud, What on earth? But that’s just it. With Reygadas, you’re never on earth. You’re suspended above it.

4. Terrafirma, directed by Emanuele Crialese
I prayed and prayed that this suspenseful, stupendously well-made, deeply moving film — about a poor family in an Italian fishing village who risk their relative comfort to shelter a family of illegal African immigrants — would find a loving distributor and a willing audience. It lasted about a week in two cities. That’s a crime. Emanuele Crialese is an unheralded visual master with a specialty in migration. Among working directors, no one’s melodramas deserve your tears more than his.

3. The Act of Killing, directed by Joshua Oppenheimer
The idea of rounding up Indonesian paramilitary executioners to reenact their war crimes sounds like folly. But Oppenheimer’s surreal documentary experiment watches as the men apply gore to faces and prepare to star in their own action movie. What results is a damning consideration of violence and entertainment. The killers think it’s a cinematic glorification when, really, it’s an X-ray.

2. The Wolf of Wall Street, directed by Martin Scorsese
It’s not unfair to note that all Scorsese and screenwriter Terence Winter have done is build Goodfellas around Jordan Belfort’s memoir of a financial-industry douche bag. But all the unhinged glorifications of Goodfellas are played here as epic farce. The film constructs a circus around lawless clowns, the most flamboyant of them played by Leonardo DiCaprio doing his most gonzo acting ever. This is the funniest American movie of the year and the most dangerous Scorsese has been in more than two decades. The wolf isn’t Belfort — it’s big, bad Marty.

1. 12 Years a Slave, directed by Steve McQueen
It isn’t just that McQueen’s movie is moral. It’s that his movie is haunted by a history of cultural and moral transgressions. For most of the film, the camera watches patiently as bodies hang from trees, fall over in the dust, and are treated not simply as property but as furniture. What’s extraordinary is the art and beauty in its serenity. McQueen and screenwriter John Ridley see in the degradation not a license for revenge nor excuse for blame, but an opportunity to bear witness to grim matters of fact. No one goes to the movies to feel this upset. But what’s the point if at least one director doesn’t give a damn about what you go to the movies to feel?

Filed Under: Leonardo Dicaprio, Movies, Sandra Bullock, This Is the End