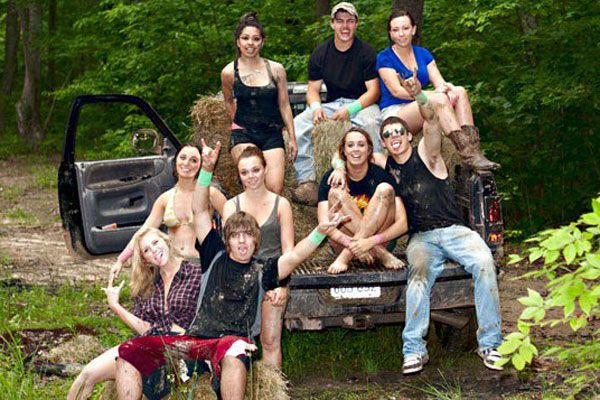 Following the accidental death of its 21-year-old star Shain Gandee, you’d think the cancellation of Buckwild would be a no-brainer. Apparently, that wasn’t the case. According to THR, MTV informed show creator JP Williams on Friday that it was moving on with a second season. (Gandee died from carbon monoxide poisoning on April 1 when the Ford Bronco in which he was off-roading became submerged in mud and its exhaust pipe completely covered.) At that point, four episodes plus a special had already been shot. On Tuesday, MTV reversed course, letting Williams know that the show was canceled. And now Williams is pissed.

“This is the network that has shows about teen pregnancy,” he tells THR. “They’ll stick by a show that allows you to abandon a child, but a kid dies by accident doing what he does for a living and they cancel the show? There’s something that smells of shit here on every level.”

In a statement, the networks explains: “After careful consideration, MTV will not be moving forward with season two of Buckwild in West Virginia. We love the cast and the show and this was not an easy decision, but given Shain’s tragic passing and essential presence on the show, we felt it was not appropriate to continue without him. Instead, we are working on a meaningful way to pay tribute to his memory on our air and privately.” That will come with the aforementioned special, Buckwild: WV to the NYC, and a day of programming dedicated to Gandee. Gandee’s parents released a statement as well, saying “He was the best son anyone could ask for. As we look to honor him in our lives every day moving forward, we are happy to share some of his last moments doing what he loved best: having fun and making people laugh.”

Meanwhile, Williams vows to move on with Buckwild. Says THR, “[H]e suggests that he will continue shooting the series and will look to produce a Buckwild film, which he would self-finance if need be. ‘My job is to protect these kids,’ [says Williams].”