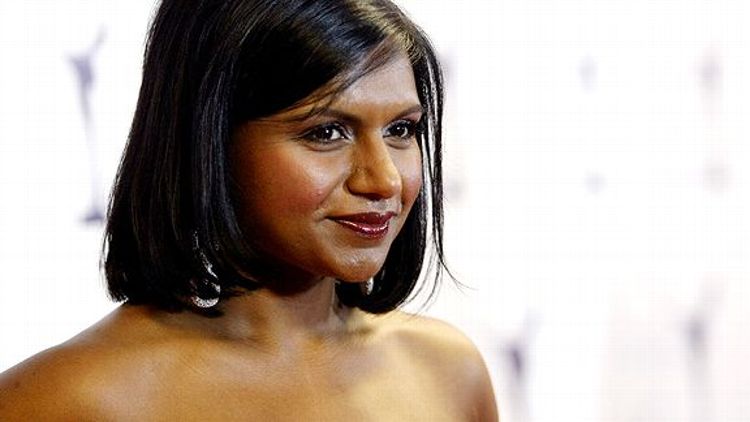 Mindy Kaling will co-produce an animated series for NBC alongside Greg Daniels, her boss at The Office, which revolves around a girls’ high school volleyball team. She’ll also voice a character. Meanwhile, Daniels is also teaming up with Alan Yang, a writer on his other show Parks & Recreation, for an animated show about a group of bros living in the L.A. neighborhood Hancock Park. Apparently hit-starved NBC is hoping Daniels, who co-created the long running King of the Hill, can churn out some animated stalwarts. And if this doesn’t work, next up for the always-game, sort-of desperate network? Probably shows where dogs drive cars. Grade: A [Deadline]

Speaking of NBC, executives at the network met with Ryan Seacrest yesterday to discuss the possibility of him taking over for Matt Lauer on the Today show. And it’s not like the dude is hurting for gigs: he already does American Idol, a radio show, a daily news show at E!, and a whole bunch of other stuff through his production company. Soon enough all television will be divided into “Seacrest” and “not-Seacrest.” Grade: B- [Deadline]

Tom Fontana, of Oz and Homicide: Life on the Streets fame, is creating a half hour cop drama for A&E called The Box in which each episode takes the course of one interrogation. The Hollywood Reporter says this is Fontana returning to his “roots as a playwright” but another possibility is that, when you’re Tom Fontana, you can just walk into an office and be like “so yeah it’s a cop show that … um … is told entirely from the perspective … uh … of the danishes the cops eat in the morning” and the execs are all like “yeah, cool, brilliant, let’s do it.” Grade: B+ [HR]

J.J. Abrams is teaming up with One Tree Hill creator Mark Schwahn for a CW hotel drama called Maine, which revolves around the staff and guests an inn and is indeed set in the Vacationland state. Why is the high-powered Abrams slumming it on the CW? One cannot rule out the possibility that J.J. is doing this primarily in order to try and meet Gossip Girl’s Penn Badgley. Grade: B- [Deadline]

Meanwhile, Abrams is scrambling to replace Benicio del Toro, who was slated to play the villain in the new Star Trek. Carlos star Edgar Ramirez is the frontrunner, and he’ll be testing for the role at some point this week via Skype. Edger, buddy: better make sure that Internet connection is legit. Grade: A- [Showblitz]

Helen Mirren is in talks for Alfred Hitchcock and the Making of Psycho, which is adapted from a non-fiction book that tells the story of how Hitchock gambled and self-financed the horror classic when no studio was interested in picking it up. Mirren would play Alma Reville, Hitchcock’s wife, with Anthony Hopkins set for the man himself. By the way, this is the second Hitchcock project announced this week. When it rains Hitchcock semi-biopics, it pours Hitchcock semi-biopics. Grade: A- [HR]

We Found It on Watch Instantly: Louis Gossett Jr. in The Lamp