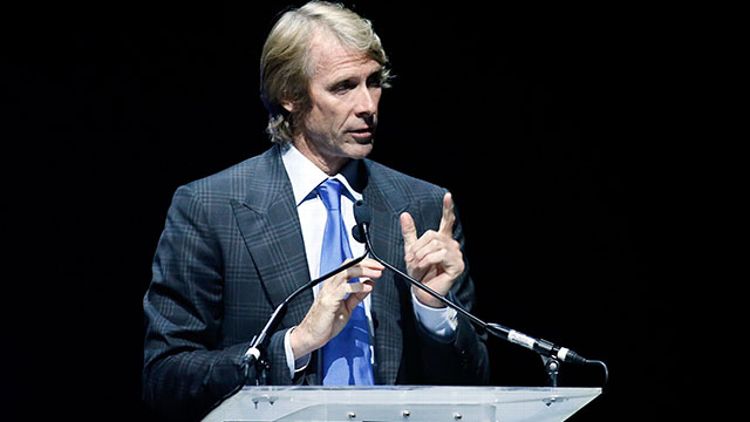 When you’re Samsung, presenting your 150-inch curved TV at the Consumer Electronics Show in Las Vegas, you might as well invite Michael Bay to speak. (His travel costs were virtually nonexistent; Optimus Prime just walked him over from Hong Kong.) If your teleprompter’s gonna go all wackadoo, though, leave Michael Bay out of it. Apparently game to wing it once the prompter malfunctions, Bay stumbles forth: “Um, I take — I try to take people on an emotional ride, and, um … ” He trails off. Bay’s counterpart at the event asks a question, trying to guide The Man Who Gave Us Bad Boys II back to steady ground. But it’s all over, and Bay excuses himself and hightails it outta there. It’s not as explosive as one would hope, but there’s always Bill O’Reilly’s “fuckin’ thing SUCKS!” teleprompter meltdown to revisit.

Filed Under: Michael Bay, Viral Video of the Day