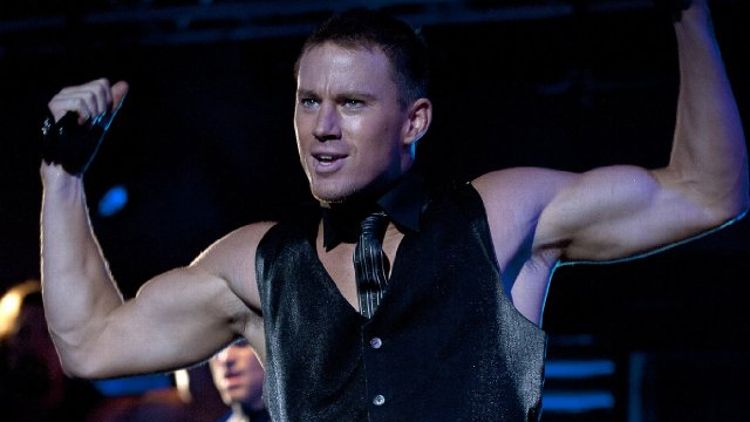 A few years back, when Channing Tatum’s early days as a stripper in a Florida male revue were first revealed, snickers abounded. “It’s nothing I’m ashamed of, and I’m not proud of it, either,” Tatum explained about his days booty-popping and thong-dropping; a nation responded with a dismissive hand pat and a smug, “Sure thing, Channing. Sure thing.” This week, though, sees the unlikely triumph at the end of Tatum’s stripper saga. Magic Mike, the movie he developed with director Steven Soderbergh about his nudie-bar days, is landing in theaters today with love both from the critics (Rotten Tomatoes: 82 percent) and the masses, who are projected to push the $7 million production to an opening in the $25 million range.

So here’s the question: Knowing that Hollywood is nothing but a lover of the tried-and-true, wouldn’t it now make sense to repeat the Magic Mike formula? A bankable, likable star +  their unlikely, sort-of-crappy pre-fame job + an effectively dramatic script about striving to make it out = Hollywood gold. Wouldn’t you like to see Hugh Jackman revisit his days as a children’s birthday party clown? Or Jon Hamm return to his past as a Skinemax set dresser? In hopes of getting this Magic Mike mini-genre jump-started, Grantland has taken the liberty of visualizing the plots for five possible iterations. Ayo, big-time Hollywood producers? These are on the house.

Early Job: The guy who stands outside of El Pollo Loco dressed as a chicken trying to get people to come inside.
Plot: Pitt plays Bo, an aimless fellow boozing and coasting through life on his looks, who bottoms out as an El Pollo Loco chicken. While the chicks are still plentiful — somehow, even though he’s wearing a chicken mask, they can still tell he’s really, really good-looking — Bo, for once, can’t shake off the ignominy of his fecklessness. That is, until he realizes he has a purpose on this earth after all: He’s really good at pretending to be a loco chicken. Bo’s moves are naturalistic wonders of the highest order, and his virtuoso outdoor shilling turns his El Pollo Loco into the hottest restaurant in L.A. Embracing the life he never thought he wanted, Bo becomes a famous chicken impersonator. At the end, he tearfully leaves the El Pollo Loco in order to train chickens for movies.

Early Job: Set dresser on Skinemax movies
Plot: Hamm plays Nick, a quiet, private guy famed throughout the soft-core industry for his fastidious set dressing; if you want a perfectly laid bedroom set to accent two people pretending to have sex while naked, you call Nick. One day, though, Nick is spotted on set by a Skinemax casting agent whose lead actor on Sinful Deviant Desires of the Flesh III just dropped out — and, boom, Nick catapults to the top of the fast-paced Skinemax game. We’re talking cocaine-party corruption, eventual return-to-true-calling, and one hell of a saxophone-centric soundtrack. And we’d need Paul Thomas Anderson for this one, of course.

Early job: Party clown
Plot: Hugh plays Ricky, an assassin on the run from scumbag gangsters after refusing to carry out a hit on the 8-year-old daughter of a crime rival. Tired of fleeing and totally out of options, Ricky lands on an idiosyncratic idea: He’ll dress up as a children’s birthday party clown, complete with face-shielding makeup — and then never remove the disguise. Free from the heat for the first time in years, Ricky lets his guard down, and falls in love with a mother throwing a birthday party for her little girl … the very same little girl whose life Ricky once saved. At the very end, after the gangsters have been tipped off and then somehow neutralized, Ricky and his love interest, each with a heavy-duty tissue in hand, remove his clown makeup together so she can see his true face and stuff, and it’s hella weepy.

Early job: Costumed caterer at Universal Pictures. Wiig explains: “I was catering a party for The Scorpion King … We got there and there were all these costumes like burlap sacks, belts, and stuff, and we had to walk around in those costumes.”
Plot: Wiig plays Jodie, a hapless, clumsy, and broke costumed caterer at the Universal Studios cafeteria. Then one day, old-school screwball-comedy-style, everything changes. While dressed in a burlap-sack-type outfit for a breakfast buffet celebrating The Scorpion King (oh, by the way, this is set in the recent past, like on The Newsroom) Jodie trips and falls into a giant cheesecake — and lands right squat middle in The Rock’s boundless affections. As the instantly smitten superstar tries to chase down his love with splashy displays of his largesse, a stubborn Jodie teaches him that it’s what’s inside his heart, not his muscles, that counts. At the end, Jodie and The Rock get married at Universal Studios, at that part where Jaws jumps out of the water.

Job: Corrections officer
Plot: In his first major motion picture role, Ross finally confronts the dark secret of his past, the one that nearly ended his glorious rap career. Illustrating the true story of life as a C.O. at the South Florida Reception Center, with the full force of the Maybach Music Group behind him, Ross reveals he was no law-abiding mook while working as a prison guard — unbeknownst to anyone, Rozay ran a dastardly drug-trafficking operation inside those very prison walls. Meek Mill can play his right-hand man on the outside, Gunplay and Wale can play two loose-cannon inmates under his control, and biblically bearded Stalley can play the wise old lifer guy doling out advice to the crew. (Depending on whether or not anyone still has his phone number, Pill can play the villainous warden.) And you can bet your ass that Every. Single. Scene. Transition will be soundtracked with the sweet sounds of the “Maybach Music” girl.