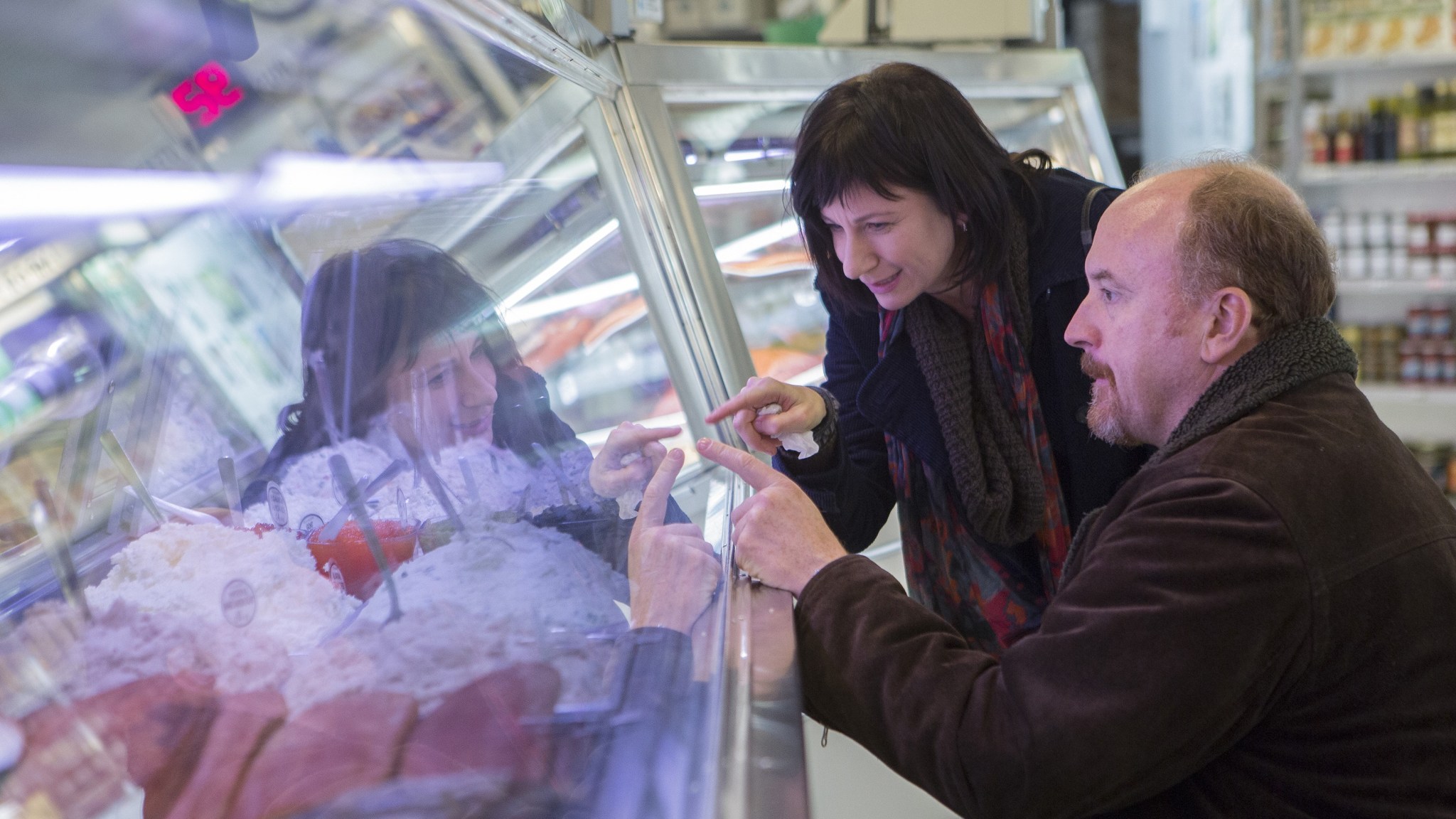 Louis C.K.’s skills as a comic and a TV guy are established and untarnished. You can still call him the greatest modern comedian without getting side-eyed. Louie, six episodes into its fourth season on FX, remains a genuine must-see. The accolades aren’t drying up.

Movies, though, aren’t the same story. Tomorrow Night, Louis C.K.’s 1998 directorial debut, was an absurdist indie that went to Sundance and then nowhere else until it hit C.K.’s site this year. His only other attempt as a film director was 2001’s Pootie Tang, which devolved into a studio-butchered disaster. “They wanted Austin Powers, plain and simple, for black people,” he told The A.V. Club in 2004. “They wanted a brightly lit, easy, punchy comedy, and that’s not what I wrote and not what I directed.”

C.K.’s been creating short films since he was a teenager, though, and Louie has only helped him sharpen that skill set. On Reddit in late 2011, C.K. said he’d love to make more movies. “That is a FUCKING HARD JOB though, dude,” he wrote. “If i can get a deal to make a movie the way I do my show, i’ll do it. Otherwise… no.” In a DVD commentary on the rambling Season 2 episode “Country Drive,” C.K. expressed relief that FX doesn’t hold him to any TV traditions. “There was never any mandate of when story had to start or end, how long you had to stick with one subject for,” he said. He dabbled deeper with format and continuity in Season 3, giving us the exceptional two-part “Daddy’s Girlfriend” and only casually following up on it later. The “Late Show” trilogy was like C.K.’s personal mini-Rocky.

If you’ve ever gotten one of C.K.’s $5 specials on his site, you were asked to select “Yes, I’d like to receive further emails about Louis C.K. things” or “No, leave me alone forever, you fat idiot.” If you opted in, you received an email the day Louie returned for Season 4. C.K. wrote, “This season is very different from past seasons,” mentioning “lots of… parts stories.” He said there’d be a two-parter (Wiki lists it as “In the Woods”), a three-parter (“Pamela” … !), and a six-parter. That one’s “Elevator,” and three episodes in, it’s markedly different from any Louie episodes that have preceded it.

“Elevator” feels like C.K.’s making not just a sextuple-size episode but a serialized movie in the middle of a season of television. If “Late Show” was a snack-size Rocky homage, “Elevator” might wind up looking like an honest attempt at a Woody Allen–style dramedy, complete with authentic NYC moments and philosophically tinged, plot-agnostic banter. The continuity has already put “Elevator” in its own category; C.K. has tapped a small handful of story lines, characters, and themes to steadily check in with each episode. The show’s stylistic and narrative unpredictability is intact, but there’s distinct momentum here. We’ll know where it all ends in two weeks, but for now the possibilities seem vast. Ellen Burstyn is killing it. Louie is having a great time with Amia, the enchanting Hungarian downstairs. He’s had huge, stakes-raising scenes with his daughter Jane (whose always sharp performance is reaching new highs), he’s embroiled in a brutal coparenting standoff with his ex-wife, and he bumped into his old true love, Pamela, only to brush her away like toxic dandruff. We’re being gently tugged along with the narrative, but it’s hard to shake the sensation that we’re also being set up for something bigger than a punch line.

C.K. could certainly finish “Elevator” in standard sitcom style, smoothing out and resolving each plot painfully or pleasantly. Jane could go to Hitler Youth Academy or keep working out her issues with public school (“Christopher Columbus was a murderer; they want me to draw a picture of him smiling”). Amia could stay or go. Louie could find bliss and confidence like he did in “New Year’s Eve” or he could wind up at the bottom of a cosmic trash heap like he has so many times before.

But, a theory: What if “Elevator” really is a movie — a self-contained, two-hour film smuggled onto TV right under our noses — and it ends with an actual ending? Maybe Louie convinces Amia to stay in New York, only to have her break up with him. Maybe Louie starts a custody battle and wins and takes his daughters to Europe to start a new life with Amia. Maybe Amia dies. Maybe Louie dies. “Just pick a road and go down it, or don’t,” the weird old doctor told Louie last night. Maybe C.K. picked the movie road, just for fun. I mean, c’mon, there’s already a musical number and everything.

‘24: Live Another Day’ Episode 4 Recap: Blood Is Thinner Than Water