Lou Reed Wrote the Only Yeezus Review You’ll Ever Need 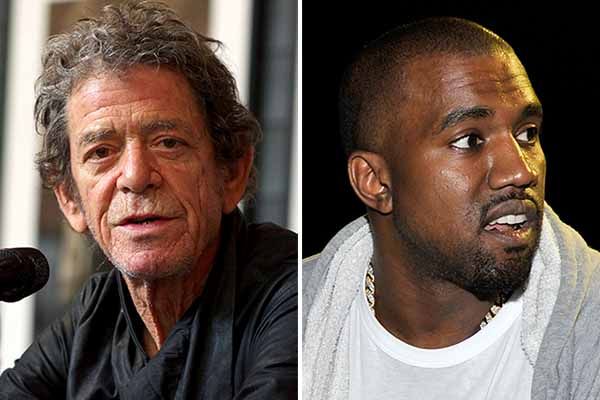 So, Lou Reed loves Yeezus. LOVES IT. And we know this because the world’s cuddliest curmudgeon was assigned a review of the album for The Talkhouse, and he turned in a gushing must-read rave that pings nicely between the conversations we’ve all been having while still being thoroughly surreal. I mean: “listen to that incredibly poignant hook from a tough guy like Chief Keef, wow … “

You should definitely read the whole thing, but if there’s one segment that sums up Lou’s thoughts, it’s probably this:

[Kanye] seems to have insinuated in a recent New York Times interview that My Beautiful Dark, Twisted Fantasy was to make up for stupid shit he’d done. And now, with this album, it’s “Now that you like me, I’m going to make you unlike me.” It’s a dare. It’s braggadoccio. Axl Rose has done that too, lots of people have. “I Am a God” — I mean, with a song title like that, he’s just begging people to attack him.

But why he starts the album off with that typical synth buzzsaw sound is beyond me, but what a sound it is, all gussied up and processed. I can’t figure out why he would do that. It’s like farting. It’s another dare — I dare you to like this. Very perverse.

Still, I have never thought of music as a challenge — you always figure, the audience is at least as smart as you are. You do this because you like it, you think what you’re making is beautiful. And if you think it’s beautiful, maybe they’ll think it’s beautiful. When I did Metal Machine Music, New York Times critic John Rockwell said, “This is really challenging.” I never thought of it like that. I thought of it like, “Wow, if you like guitars, this is pure guitar, from beginning to end, in all its variations. And you’re not stuck to one beat.” That’s what I thought. Not, “I’m going to challenge you to listen to something I made.” I don’t think West means that for a second, either. You make stuff because it’s what you do and you love it.

Isn’t that lovely? Reed’s got complaints, too: He finds the lyrics too often “like the same old b.s.” And he’s kept up with the chatter around the album, because he mentions how the lyrics might be as they are because they were made up at the last minute. (Also, um: “Usually the Kanye lyrics I like are funny.”) But he proves himself to be a close, well-schooled listener: “at the end of ‘I Am a God,’ anybody else would have been out, but then pow, there’s that coda with Justin Vernon, ‘Ain’t no way I’m giving up.’ Un-fucking-believable … Or that very repetitive part in “Send It Up” that goes on five times as long as it should and then it turns into this amazing thing, a sample of Beenie Man’s ‘Stop Live in a De Pass.'”

Best of all, he lets his feelings fly. I’m not exactly clear as to the mechanics of how Reed came to write this review for The Talkhouse. But, judging from the end result, he must have been itching for someone to ask him. Reed is 71, an unimpeachable legend (with lingering medical issues) who built his reputation, in part, on not giving even one iota of a fuck. No one is making him keep up with pop music. That he cares this much, then, is really kind of sweet. At one point he writes, “That melody the strings play at the end of ‘Guilt Trip,’ it’s so beautiful … it brings tears to my eyes.” At another: “‘New Slaves’ … literally gives me goosebumps.” So: If you’re an unabashed lover of Yeezus, warts and all, Lou Reed, it turns out, is your very able ambassador.

Broke Girls and Rich Bitches: The Strange Economy of Women on TV