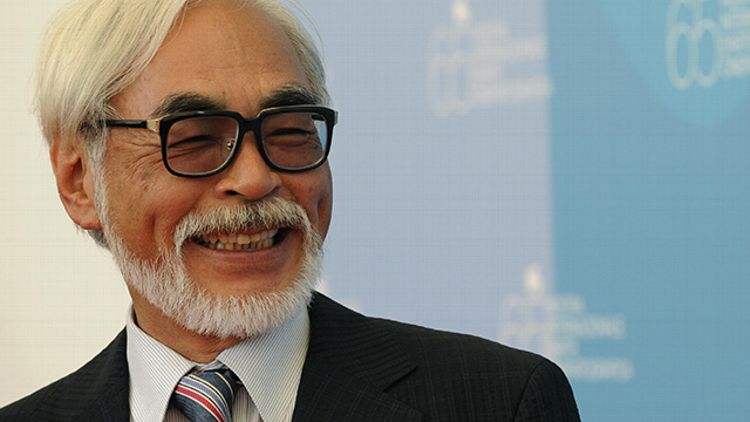 Well, this is a bummer: This Sunday at the Venice International Film Festival, right before the European premiere of his latest film, The Wind Rises, Hayao Miyazaki announced his retirement from feature directing via Koji Hoshino, the president of Miyazaki’s internationally beloved production company, Studio Ghibli. Hoshino took no questions at the press conference, saying there would be another news conference next week in Tokyo, where the often reclusive director will presumably deliver the news personally.

Hang on, let me rephrase that opening sentence: Well, this is a bummer — but also totally OK. Miyazaki is 72 and has enjoyed a directing career spanning more than 34 years. He has directed 11 feature films including unimpeachable classics My Neighbor Totoro, Spirited Away, Princess Mononoke, and Castle in the Sky. Spirited Away alone — for which Miyazaki won the 2002 Oscar for Best Animated Feature — probably earns him the right to retire for eight lifetimes. He is completely entitled to hang up his sketchpad whenever he wants, and by most accounts he’s going out on a great note with the comparatively adult historical drama The Wind Rises.

His fans are also completely entitled to be bummed out.

Just a couple of weeks ago, I waxed lyrical about my love for Miyazaki’s work; as a lifelong fan, it’s hard to know how to take this news. I always imagined that Miyazaki would be one of the few public figures over whose death I would probably have a real emotional response. And while as far as we know he’s still very much alive, a retirement and a death don’t feel all that different when you only know a man through his art. Most reports are cautiously specifying that Miyazaki is only retiring from feature film directing, leaving open the possibility for his continued role as a producer for Ghibli, but everyone knows that his legacy is as a feature film director. (That said, the severely underrated 1995 film Whisper of the Heart, which was directed by Yoshifumi Kondo and which Miyazaki wrote and produced, stands alongside the aforementioned titles as one of the best the studio ever made.)

Perhaps we’ve become so accustomed to filmmakers continuing to work all the way up until their death because the title “filmmaker” seems more analogous to the title “human” than, say, “accountant.” Perhaps we’ve overly romanticized the profession, thinking of being a filmmaker as something one can’t turn off, and thus thinking that if you are a filmmaker, you have some sort of obligation to the world to keep working as long as you’re physically able. But as much of an inimitable visual genius as Miyazaki was, I always felt he was a citizen of Earth first, filmmaker second, which is exactly why he was so unmatched as an artist. He was never just spinning stories for the sake of spinning them; one gets the feeling in every frame that he’s trying to unite everyone in a shared agreement about nothing less than the preciousness and joy of life. Maybe that’s why the only real bummer in the next few weeks is going to be when people talk about the end of his career as the end of an era in animation, because it was so much more than that.

Ultimately, there’s nothing lost: Miyazaki will live his final years engaged in his primary career, and the rest of us will have his films to rewatch and enjoy over and over again. So once you’re finished being justifiably saddened by this news, break out the instant ramen and your Nausicaa of the Valley of the Wind DVD and raise your bowl to one of the most singular Earthlings of all time.