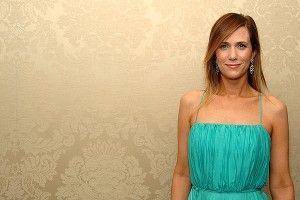 Nobody panic, but SNL might be getting rocked this offseason. According to US Weekly — the most trusted name in tabloid journalism — Kristen Wiig, Andy Samberg, and Jason Sudeikis are all flying the coop. Screeched an US Weekly insider, “[They’re] all leaving after the end of the season. It will be a huge blow to the show. Without Andy’s video shorts and Kristen saving every skit, they’ll need help!” (By the way, what’s with the editorializing, anonymous US Weekly insiders? Just hand over the information, then let the professional tabloid journalists analyze the gold nuggets of truth you’re delivering.) US Weekly reached out to a press rep who denied the info, although in a suspiciously limp fashion: “No decisions are made until the season is over.” The New York Daily News reached out to a publicist for Wiig and Sudeikis, who shot the news down a bit more vehemently: “There is no truth to this rumor on both Jason and Kristen’s behalf.” Addressing the common interpretation here — that Wiig and Sudeikis’s big-screen breakouts have inspired them to make moves — the rep added “Kristen and Jason are so dedicated to ‘SNL’ and Lorne Michaels that it’s really sad people feel the need to try and make it negative.” That last bit is really pretty ambivalent, actually, and perhaps confusing more than anything. But, you know, thanks for at least for picking up the phone, Wiig/Sudeikis rep.

Whatever denials are being handed around, it’s not so crazy to think that these three in particular would leave SNL. Wiig and Samberg have been on the show since 2005; Sudeikis joined as a lowly writer in 2003 before moving up to performer two years later. It’s already been reported that this is the last year of Wiig’s contract, so if Samberg and Sudeikis also signed seven-year deals back in 2005, that means their time is up as well. And while Wiig has certainly singularly blown away the competition as far as non-SNL work goes with Bridesmaids, Sudeikis has had himself a nice run — Horrible Bosses made over $200 million, and is getting a sequel — as well. (And he’s dating Olivia Wilde? Clearly the man is on one right now.) Meanwhile, Samberg’s got the Adam Sandler comedy That’s My Boy on the docket (it may look awful, but my infallible good-Adam-Sandler-broad-comedy-or-bad-Adam-Sandler-broad-comedy radar is telling me this is gonna be one of the watchable ones). And SNL did just hire a new potential cast member, Kate McKinnon, a UCB vet with experience on The Big Gay Sketch Show and the Web series Vag Magazine. So the exits might not be confirmed yet, but they do seem pretty logical. Which means it’s quite possible that, as we speak, in a dark corner of studio 8H a young woman is rubbing her hands together while ominously whispering, “It’s motherfucking Nasim Pedrad time.”

One Tree Hill vs. Degrassi: The Next Generation: Which Is the All-Time Insane Plot King of Teen Dramas?