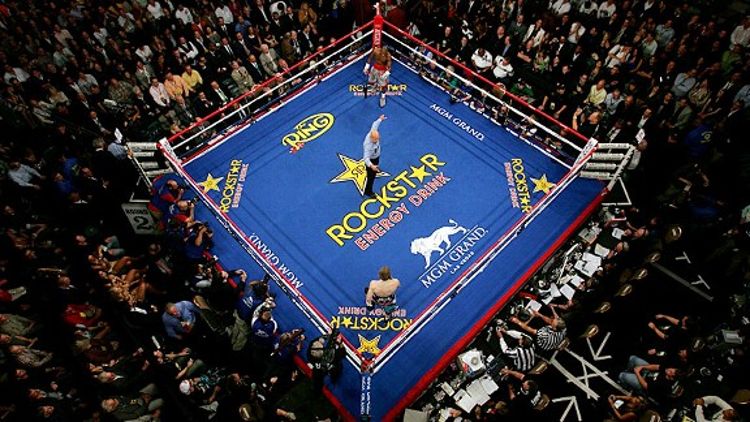 It’s on! Yesterday on the radio show Sway In The Morning, Common confirmed he was taking shots at Drake on his new single, “Sweet.” How did we get here, to this wonderful place? And where will we go next? Grantland breaks down the beef.

Common releases “Sweet,” featuring a few choice words everyone chooses to interpret as directed at Drake.

And that’s “everyone” including Drake. At a show in Las Vegas, Drizzy responded with “I might sing, but I ain’t no bitch. If Common got something to say, say it to my face.” On Sway In The Morning, Common then responded directly to that comment: “He opened his mouth and said some things, so if that’s what he want — all that subliminal [talk] … you could do that, too, but say it now. The verse is about me, but when you hear some of the stuff on the chorus it’s like you can’t help but think about dude, and I guess that’s what he felt. So at the end of day he fits in that category, he already embraced it, so wear it.”

Common elaborated, and sort of softened his stance, on 106 and Park: “I look at it as hip-hop. I said, ‘Hey, we can keep it on a hip-hop level’ because I think he’s a good artist. He’s a talented guy, so, but if I’m saying, ‘Yo, look we’re in the ring, and you want to get in the ring?’ Then we just need to get in the ring. And I’m talking about on the mic, aight?”

And at some point Drake tweeted, and then deleted, this: “Platinum. Now THAT’S Sweet.”

And that about catches us up on the back-and-forth. Oh, but there’s much more!

As far as I can tell, the two have no personal history, acrimonious or otherwise. They’ve never worked together (Common’s pretty much been MIA from music during Drake’s rise), although they do have a mutual friend in Kanye West. As for their personal beef history: While plenty like to take shots, Drake’s not yet gotten into a full-fledged face-off; meanwhile, Common, about six career reinventions back, held his own vs. Ice Cube. And here comes the awesome conspiracy theory. According to some corners of the Internet, this is all about Serena Williams, who used to date Common before getting all buddy-buddy with Drizzy.

Drake’s producer Noah “40” Shebib weighed in on Twitter: “After ‘one day it’ll all make sense’ came out I spent months arguing weather or not @common was hip hop. Everyone was saying it was too rnb.” Then Q-Tip was all like, whoaaah buddy, Common is SUPER DUPER hip-hop, and 40 paid his respect: “Common is in my top 5 always has been. Hes also been brave enough to be different. I respect that as well. #irony” #irony indeed, Noah “40” Shebib. #irony indeed.

On the other side, we have Pusha-T, who dropped a freestyle over the “Sweet” beat that ALSO maybe is about Drake. The critical lines: “I hear ’em whisper like a hummingbird sings / Of all the trust issues that a hundred birds bring / Now the wolves out hunting for your bling / Your preying on the bitches with the lowest self esteem.” Possible references: Drake’s singing; Drake’s song “Trust Issues”; Drake’s dalliances with emotionally damaged women. Push denied the charges, tweeting, “Seriously people … the word “Birds” has never meant women in my vocabulary … now listen again. #itsthenewgodflow #davincicodeassniggas.” While not the most believable defense, I’m glad to see that a full Drake vs. Pusha beef has not yet erupted. That would really be some Sophie’s Choice shit.

Common’s been gone for three years, an absence he references on “Sweet”: “You know they be asking ’bout Common, where he at? What that man doing now? I’m doing what I do, Hip-Hop. That’s what I do.” To that, respectively, one would also have to add “rom-coms and AMC dramas.” Meaning: It’s hard not to see Common’s initial salvo as a dude trying to stir up something for his new album after a long time away from music. Like: The guy who put out Electric Circus and used to dress like this is calling out Drake for singing?

Caveat: If it turns out that this is all about Serena Williams, it immediately becomes totally justified.