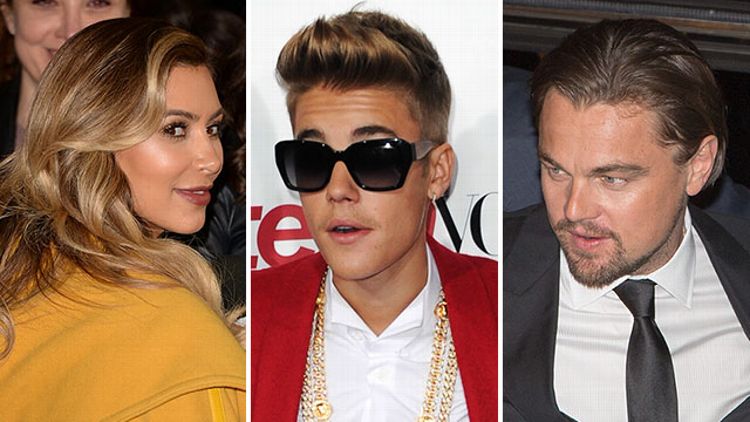 You remember the show Early Edition, in which Kyle “Coach Taylor” Chandler was privy to newspapers that hadn’t come out yet? Well, I’ve inherited his character’s powers and have been granted advance access to the tabloids of 2014. Here are the best stories of the year, from the future!

Kimye: After finally seeing Behind the Candelabra a year after everyone else, Kanye will demand that Kim begin new plastic surgery procedures to resemble him. Kim will gradually morph into a facial clone of Kanye, but will retain her voluptuous body. After an extended absence from the spotlight, stoking rumors that she is pregnant again, they will debut their new look at the Met Ball. The public will react with horror, except for Anna Wintour, who will finally be charmed by Kim and give her the cover of the September issue of Vogue.

Lady Gaga: After Artpop‘s disappointing sales, Gaga will decide to reinvent herself yet again, this time as a singer-songwriter whose songs focus primarily on tropical vacations. She’ll ditch the bubble dresses, platforms, and hair bows for Hawaiian shirts and huaraches, starting a new lifestyle craze and inventing a popular cocktail called the Gagarita, a flaming margarita made with PCP. This will enable her to open a chain of airport casual dining restaurants called Gagaritaville, earning her billions of dollars, until she is suddenly sued by Jimmy Buffett and forced to shut them all down. At the last minute, Buffett will have a change of heart and decide to collaborate instead, as he and Gaga team up for the smash hit song “Do What U Want in Kiribati.” Fans of the unlikely duo will henceforth be referred to as Parrotmonsters.

Justin Bieber: Tragically, Bieber will fall in love with his own mustache and eat his own mouth off while trying to kiss it.

Miley: Miley will shave her head completely and get a face tattooed on the back side of her skull. At a party, Liam Hemsworth spots the tattoo face from across the room and falls in love with the back side of Miley’s head, never realizing the front face belongs to his ex-fiancée. He will date Miley again for months without ever seeing her frontal face or realizing what’s going on, due to Miley’s clever use of an Irish accent for her alternate tattoo face, until she finally does a dramatic reveal at the Vanity Fair Oscar party. When he finds out, Liam realizes that he truly does love the back of Miley’s head and will get engaged to it.

Katy Perry & John Mayer: Perry and Mayer will make it to the altar. After getting married, they will move to Nashville and spend three whole months in wedded bliss before realizing nobody is interested in hearing them sing about being settled down and happy. Once Mayer figures out that there can be no more blues without some kind of personal misery to fuel it, he will start trolling for some action on the side and accidentally knock up Gabrielle Union. Perry will be so pissed that she finally will make the divorce album with dark themes she promised and then put aside after her split from Russell Brand. After swearing off entertainers once and for all, she will immediately go back on her word and jump into a passionate rebound romance with James Franco.

Rihanna: Eager to beat Beyoncé at her own game, Rihanna will release a brand-new 70-hour album through Instagram video, featuring videos of Riri rolling blunts, trying on outfits, and eating snacks, all in real time.

Leonardo DiCaprio: Failing to win an Oscar for Best Actor yet again, Leo will begin disguising himself as Dame Judi Dench at all times. He will be nominated for Best Actress after playing a Victorian spinster who moves into an isolated beach cottage to help cure her phossy jaw with fresh night air and discovers her sexuality through an affair with a handsome fishmonger played by Michael Fassbender. Although Leo will win raves for his performance, he will ultimately lose the award to Tilda Swinton for her dazzling portrayal of a 40-year-old bachelor actor who serially dates young models but cannot locate any true meaning or happiness in his life.

Jennifer Aniston: Aniston will continue to confound and infuriate the tabloids by remaining engaged to Justin Theroux with no intention of having a wedding or children. Instead they will continue to gallivant around New York and L.A., take luxurious vacations in Mexico, and generally live a lavish childfree life. When she sees the stories claiming they’ve broken up, she will choke on her bong hit with laughter, and then go back to getting serviced by Theroux.