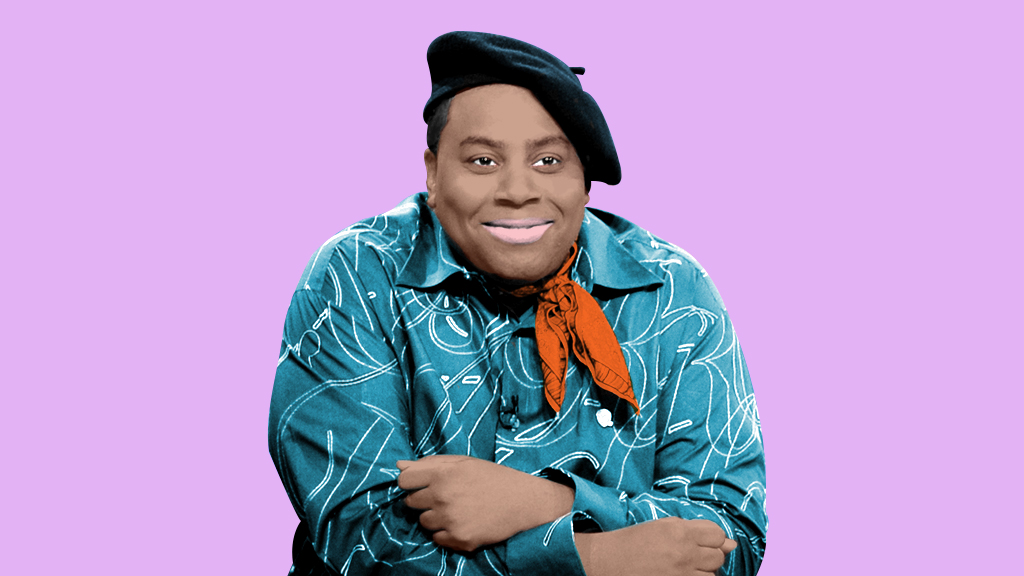 There were still 10 hours left on Thursday for Kenan Thompson to catch up. But I knew it was too late. Because the people were speaking. 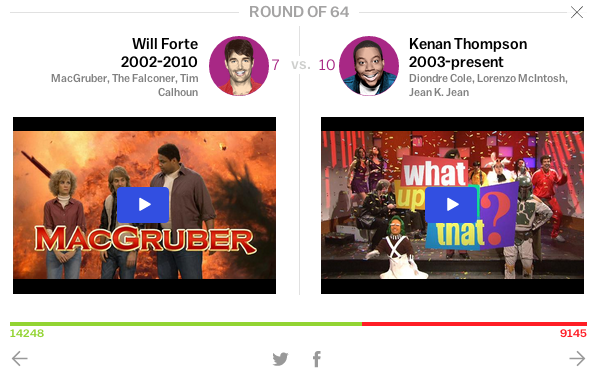 And, per usual, my idea of democracy did not prevail.

It’s hard out here for an SNL-era Kenan Thompson. Because the court of public opinion doesn’t think very highly of him. It’s not necessarily an anti-Kenan opinion; it’s mostly just an overall lack of any opinion. Kenan as boring. Kenan as one-dimensional. And Kenan as invisible, which is arguably worse than real disdain.

As someone who has been watching post–All That/post–Mighty Ducks/post–Kenan & Kel/post–Good Burger Kenan for more than a decade on SNL, I’ve had similar meh thoughts about him. As he returns to the show year after year, Kenan has assumed a professor emeritus role — the old guy who roams the halls until he’s summoned, while everyone semi-wonders what he’s still doing here and/or how he got the new keys after Lorne switched the locks.

Why is Kenan still on this show? is a commonplace thought. And it’s understandable when, well after you’ve reached the decade milestone, you still aren’t a beloved cast member.

But that lack of universal acceptance sheds light on why Kenan is special. And in a small group of SNL cast members who can pull off a very difficult, built-to-fail brand of performance art.

Absurdist comedy is where Kenan shines brightest. To some of us.

The comedy that, on paper, is not funny. Not even close. The comedy that wins you over with its illogical nature. Comedy that polarizes: the Pootie Tangs and Monty Pythons and Stefons of the world. The comedy that should not work, but does for a certain type of person.

That’s Kenan’s wheelhouse. He’s been like this for decades.

Because of this commitment to the absurd, Kenan often puts himself in positions to fail. His characters are specific. And repetitive. And progress by beating a joke to death. But it takes certain type of skilled, deranged comedian to make it come to life, and to make it work. And to make it work, often, by yourself.

The premise: Kenan is the top Def Jam comedian in France, and he gives three-minute monologues (with occasional commentary from then–“Weekend Update” host Seth Meyers) about topical news, inserting French terms whenever he sees fit. And then, every now and then, he stands up as music starts playing, dances, and then cuts the music off and continues on with his Frenglish soliloquy. And, if that weren’t enough, the entire thing is a throwback to early ’90s Bernie Mac.

How this got green-lighted, I have no idea, because on paper it sounds completely absurd. Because it is. But he pulls it off.

I can understand how this can go over someone’s head. Or, I guess, under someone’s feet. But I can also acknowledge that when I watch this, I can’t stop laughing. Because it’s amazing that this bit is working. And how, when you watch other Jean K. Jean appearances, you know what’s coming, and it’s still funny. I never want it to end. Because you want to see how far he will take it.

If Jean K. Jean is the teaser trailer of weird Kenan, “What Up With That” is the full movie, in IMAX 3-D. 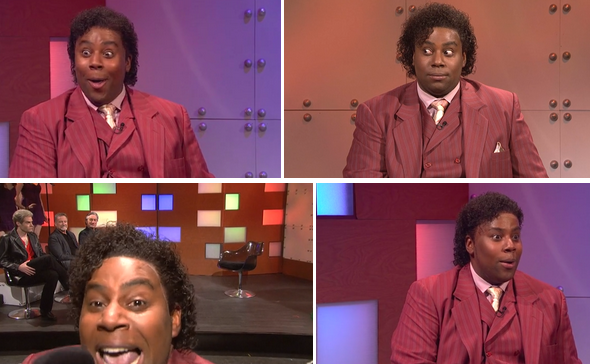 This is peak Kenan Thompson and arguably SNL at its most fun.

As a show that prides itself on its writing, “What Up With That” reminds you how amazing comedy can be when the appearance of chaos supersedes order. This skit, supported by Kenan as Diondre Cole, the preacher-like BET talk-show host who somehow gets the biggest stars in the industry to appear on his program, is not a complicated one. The structure is the exact same each time — all nine times this skit ran between 2009 and 2012. From the way he interrupts the main guest to his walk-up to the camera to the filling of the stage with half of the cast in various costumes, all of whom are doing things that aren’t necessarily that funny, even bordering on awkward. But they’re absurd. And it doesn’t readily make any sense that this is happening in the heart of the sketch-comedy universe.

But, like Jean K. Jean, you become sucked in if you allow yourself to go there. Because you want to see how far Kenan will take it.

And while this is happening, Bill Hader is dressed as Lindsey Buckingham, seated next to Kate Upton and Bill O’Reilly.

I don’t care what anyone thinks, that is incredible. A triumph of comedic insanity.

It’s a skit that’s begging you not to ask questions. If you’re willing to go with it, “What Up With That” will lead you into the abyss of random. Like the time Paul Brittain and Abby Elliott came out as Vili Fualaau and Mary Kay Letourneau. Or when Zach Galifianakis was introduced as “the ambidextrous disco flute player R.J. Sizzle” and then did a flute solo in a pantsuit. Or when Kristen Wiig came out as Picabo Street. Or Bryan Cranston and Jay Pharoah came out as sex funk duo Doo Doo Man and Squiggy.

And yes, behind them, that is Morgan Freeman and Ernest Borgnine.

None of it makes sense. That’s the beauty of it. And leading this freak show: Kenan Thompson. You can’t buy into the rest of it until you buy into him.

Looking at Kenan’s track record, of course he’s out of the tournament. And to be honest, I really don’t care. But what does matter is a reevaluation of Kenan Thompson, comic force. Despite what you think about him in the hierarchy of SNL cast members, he’s earned the right to be applauded. He’s one-of-a-kind.