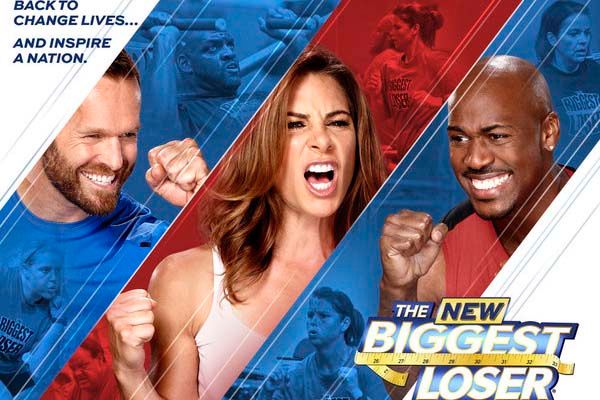 Three seasons ago I freed myself from the prison of watching The Biggest Loser. I have no defense for why I was watching this show, other than the fact that I derived perverse satisfaction from eating dozens of tiny meatballs swimming in gelatinous, fattening gravy (with jam, lingonberry jam, that’s how kinky my Tuesday-night pleasure block was) while observing people throw up from physical exertion and being screamed at by sinewy trainers. I guarded this activity closely from others as if it were a fascination with really out-there pornography involving squirrels and crinkly old maps of Jamaica. I am sure that some people watch The Biggest Loser in a very wholesome way; maybe they’re on the treadmill or signing up for Weight Watchers online while crying earnest tears over Nalgene bottles. But for many, this is not the case. The Biggest Loser pairs with “hysterical eating” like fava beans do with a nice chianti. I do not normally enjoy watching reality-show contestants vomit and sweat while I snack, but I made an exception because the contrast between the world of deprivation/desert obstacle courses/white-meat Jennie-O turkey and cooking spray and that of a sofa anchored to the rug by the weight of mashed potatoes had an almost tactile reward, like petting a Persian cat. This weekend, the NYT‘s Mark Bittman compared soda to an automatic rifle, and the same weird pleasure-principle impulse zoomed up to my chair like a tricked-out Ferrari and drove me into the kitchen to dump six lava cakes and a beignet into my coffee. Don’t worry, Bittman. I skipped brunch.

Nearly half of America’s 2013 New Year’s resolutions relate to weight loss, which makes this year different from approximately zero years in recent history. People magazine’s “Half Their Size” special (“craved tubs of frosting,” “shopped in the men’s department,” “feared she wouldn’t fit in chairs”) and the Huffington Post’s accompanying slide show (over 300 before-and-after photos with success stories enthusiastically endorsing weight-loss methods from NutriSystem to running apps to books like Eat to Live) have hit brick-and-mortar and virtual newsstands. Al Roker’s press tour for his memoir Never Goin’ Back, which details his relationship with food, has included mentions of “losing control of [his] bowels” at the White House, but there are less scatalogically horrific recent weight-loss headlines, too, like the ongoing legal battle between patients of the French appetite suppressant Mediator and its manufacturer, the pharmaceutical company Servier. Between seasons of Mad Men, when the world turns into a stale, gray multi-grain cracker, I often wonder what Don Draper would do with our crappy Facebook Scrabble interstitials (“When Diet and Exercise Fail … ‘IT’S YOUR HORMONES’ says New York Doctor,” adjoining a black-and-white graphic of a woman who looks like she moonlights as a glowing neon sign on a massage parlor on Sixth Avenue, her body ballooning and deflating), or the so-called obesity epidemic in general: Has there ever been a really good weight-loss product ad? Perhaps we don’t need them. They sell themselves. It’s a complicated market, one that plays off the reality that many of us are dangerously overweight while also, perhaps, exaggerating the definition of “dangerously overweight” and the associated risks. Treatments are getting weirder, the timbre of our cries for a solution a little more desperate. Here’s a peek at the current and forthcoming offerings from the weight-loss industry. Hold on to your meatballs.

1. The Wizard of Dr. Oz’s purple mangosteen acid may not work, but it’s a great name for a strain of weed or a novel based loosely on your experiences in the Haight in the 1960s.

2. The 8-Hour Diet, which seems pretty sensible, especially when compared to, say, no. 9 on this list, only requires eating within an eight-hour window and blames lamps for our chub. Occasional fasting has been linked to more efficient insulin regulation — “In a study at the University of Copenhagen, researchers found that when men fasted every other day for 2 weeks, the insulin in their bodies grew more efficient at managing blood sugar” — but the fact that not eating will help you lose weight isn’t exactly breaking news, and it has potentially dangerous repercussions.

4. A crazily named weight-loss pill: Qsymia, formerly Qnexa, is a combination of phentermine and topiramate, epilepsy and migraine drugs, respectively. However, it can result in birth defects, suicidal thoughts, and glaucoma. A similar drug, Belviq, may be safer, but both of them totally make me think of Requiem for a Dream, which is a diet in and of itself. These are the first weight-loss drugs to be approved by the FDA since Alli in 1999. And we all remember Alli.

5. RM-493, a “novel peptide agonist,” is still being tested but has shown promising results in overweight primates. Needs a new name, though. Qrmsx49ia?

6. The Six Weeks to OMG diet book, released last summer, sub-headlines with “Get Skinnier Than All Your Friends,” and wisely notes that “broccoli carbs can be worse than soda carbs.” The Amazon reviews balk at the recommendation of cold baths and showers (hey, xoJane found those invigorating) and “gallons” of coffee; one reviewer writes “I just wanted to see what this nut job was all about. I am covinced [sic] he is the devil.”

7. Injections of “brown fat” could “steal” calories from “white fat” and “maybe soon we can all sign up to the brown fat transplant list!”  Yes! This science already sounds completely airtight!

8. The future may offer new ways to “trick” your “gut.” Ooh, gut psychology. Guts have brains, right? No, but “the gut ‘tastes’ what we eat — bitter, sweet, fat, and savory — in much the same way as the tongue and through the use of similar signaling mechanisms,” so tinkering with receptors in the stomach may offer new ways to signal feelings of satiety. The problem is getting in there: Do you have to open up the gut? Or can you just talk to your stomach like Uri Geller would and cross your fingers that you bend the spoon of its mind?

9. Dean Kamen, inventor of the Segway, has dreamed up a pump to suck the food and drink right out of you: “Users are able to stuff their face before draining their stomach by connecting the pump to a valve surgically installed in their abdominal wall.” Just leave this information to steep for a second in the part of your mind where reason lives.

10. Shaming yourself may be old-school, but new technology would make it easier to broadcast all the grody vittles you ingest and to feel more acutely the judgment of your peers. Plus it doesn’t involve injections or Dysons or speed. And you don’t have to wait for a waning moon. You might alienate everyone in your social circle, but that’s a small price to pay for looking good in 2013’s hottest fashions (spotted by our own Molly Lambert). You wouldn’t want to look rotund while wearing the Hairless Pussycat Face tee, and imagine how voluminous thighs would clash with the dramatic effect of DJ Jahman’s rasta lion. It’s not worth the risk. None of your friends taste as good as skinny feels! Unless your friends have been deep-fat fried, and even then, most people prefer potatoes.