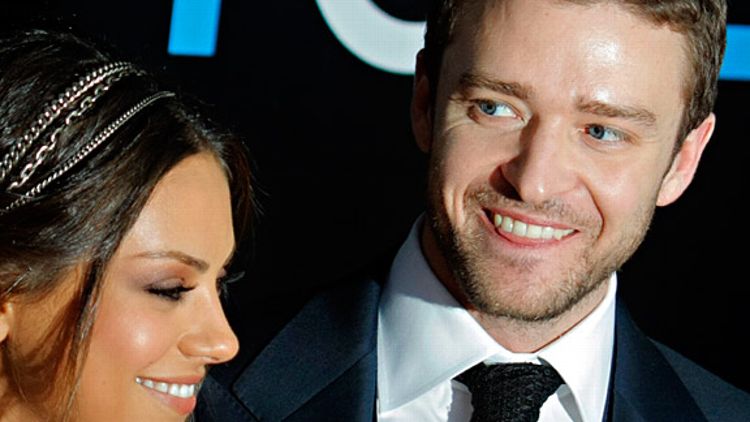 Justin Timberlake will star in Spinning Gold, a biopic on record producer Neil Bogart, who ran Casablanca Records in the 1970s and had a hand in the careers of KISS, Parliament, Donna Summer, and the Village People. So JT, former beloved pop star, is now making a movie about music that will in no way feature him singing or performing? Okay, now he’s just messing with us. Grade: B- [Deadline]

Real Hollywood screenwriter Josh Olson (A History of Violence) is writing a screenplay called Tabloid both based on an idea from Mick Jagger and being developed as a potential starring vehicle for Mick Jagger. The movie revolves around a shady global media mogul and the young journalist who gets sucked into his world. This is not going to make Keith Richards happy. Grade: C+ [Deadline]

Lee Daniels will adapt Valley of the Dolls, the 1967 Hollywood melodrama based on Jacqueline Susann’s 1966 bestseller, for NBC. Hip old slang alert! “Dolls” in this context means “drugs.” Tell everyone at your junior high. Grade: B- [THR]

Kevin Costner has dropped out of Quentin Tarantino’s Django Unchained, reportedly because of scheduling reasons. He was set to play Ace Woody, a sadistic trainer of male slaves who pits them against one another at a brothel called Candyland, so maybe Kevin was also just the tiniest bit worried this wouldn’t be the greatest thing ever for his image? Grade: D [Deadline]

Michael Lewis has been hired by Warner Bros. to write the screen adaptation of Liar’s Poker, his 1989 book about working as a bond trader at Salomon Brothers. Crazy, Stupid, Love’s John Requa and Glenn Ficarra have been hired to direct. The project has been in the works for a while now but is now getting going because of the success of recent Lewis adaptations The Blind Side and Moneyball. Good news for people who hate reading: If this trend continues apace, you can just wait for movie adaptations of all of Lewis’s books. Grade: A [THR]

Jessica Chastain will star with Tom Cruise in an apocalyptic sci-fi thriller from Tron director Joseph Kosinski. Cruise’s character, who repairs drones that fight aliens, is in a relationship with Chastain’s, although the story is set in motion when he falls for another woman. Check out future Cruise, juggling multiple ladies! Apparently, and sensibly, in the future, anti-alien drone repairman is a pretty hot gig. Grade: B+ [THR]

Julianne Hough and Russell Brand have signed up for Diablo Cody’s untitled directing debut. Hough plays a woman who survives a plane crash and finds comfort in Las Vegas nightlife, until she meets an unlikely companion who helps her sort herself out. While excited for the opportunity in what will surely be a much scrutinized project considering Cody’s involvement, Hough and Brand have privately expressed disappointment that they would not, at any point in the film, get to speak on a novelty hamburger phone. Grade: B+ [Deadline]