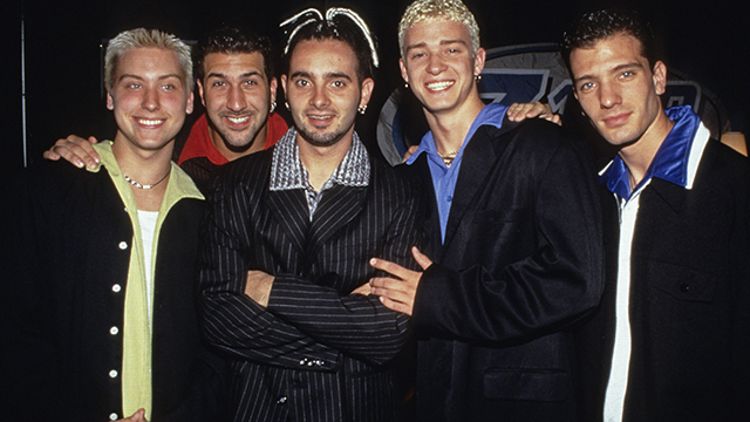 Because … 'N Sync reunion! 'N Sync reunion! It’s only for one night, and it’s more of a promo stunt than an actual full-blown reunification, but … it’s really happening! We’re getting an 'N Sync reunion! As the New York Post reports, “Justin Timberlake and his former … band members are set to reunite for a special performance on the VMAs Sunday night at the Barclays Center. … MTV announced that Timberlake … will perform at the VMAs and receive the Michael Jackson Video Vanguard Award. But we’re told former bandmates J.C. Chasez, Lance Bass, Joey Fatone and Chris Kirkpatrick are scheduled to join him onstage for a reunion performance.” Congratulations Joey, Lance, Chris, and (to a mildly lesser extent) J.C.: Justin Timberlake’s about to momentarily let you back into the Garden of Eden.

And it’s really perfect timing to do so. If he had pulled the stunt on his initial comeback, with The 20/20 Experience, we might have seen it coming. If he had waited a couple of years down the line, it’d have felt less like a novelty and more like a po-faced inevitability. But now, as it’s being used to plug the second volume of 20/20 and the latter stages of the musical comeback — why, it’s just a fun little genuinely surprising get-together! One that, as you surely need no reminder, is going to blow your mind.

And while we’re talking about the circa-2000s Max Martin–pop golden era: JT’s former fling is apparently planning new music. Over on BritneySpears.com, a countdown has popped up, promising something in just about 28 days, and the only piece of information to digest is the phrase “ALL EYES ON ME.” So will this be the scene-for-scene cover of 2Pac’s fourth album that we’ve long clamored for from Mrs. Spears? Only time will tell.

Now, who else wants in on the era’s newfangled nostalgia moment? Christina Aguilera, surely you’ve got some emergency music tucked away? Jessica Simpson, how about a return to the non-pregnancy-news sector of the world? Willa Ford, would you like some airtime?