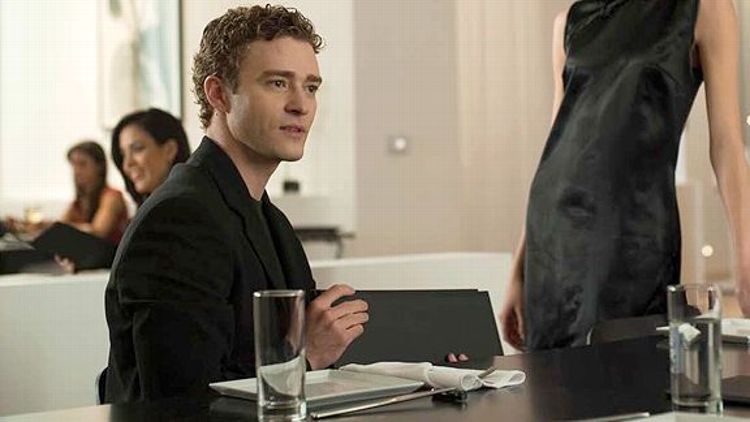 There are many logical reactions to the news that Justin Timberlake is part of the group of insane shrewd investors who paid $35 million yesterday for the privilege of taking Myspace out of Rupert Murdoch’s regretful hands. Reactions such as, “What?!?” “Really?!?” or even, “Shut the front door!” would all be perfectly valid, considering buying Myspace in 2011 is equivalent to buying Pet Rock shares in 1980, or doubling down on hair metal after Nirvana broke. (You know that feeling of arriving to a party too late — when all the cool people have left, the lights are half on, and the host is weeping into a plate of cupcakes? Congratulations! For the price of a charming Canterbury Estate you’ve just bought that party!) But our reaction was somewhat different. Our reaction? Here we go again!

Timberlake, you see, earned raves last year for his performance in The Social Network as Sean Parker: the boyish, charismatic party animal that got Facebook founder Mark Zuckerberg to think in terms of billions — and in terms of Victoria’s Secret models. And so the real Timberlake — with his sudden dreams of new media moguldom — seems to be the latest entertainer affected by a long-running Hollywood malady: Actor-Character Transference syndrome (or ACT). ACT occurs when an actor becomes so enamored of a role that he or she continues to inhabit it, long after the cameras have stopped rolling. Think of Kevin Costner transitioning from “cleaning” and drinking his own urine in noted disaster Waterworld to apparently inventing and marketing a device that could help clean an even worse disaster, last year’s BP oil spill. Or take Robert Redford, who apparently enjoyed the role of handsome, individualistic outdoorsman Harry Longabaugh (a.k.a. the Sundance Kid) so much he bought up half of Utah and turned it into the sort of place where independent thinkers can gather with nothing to fear except Harvey Weinstein and his evil editing bay.

ACT can lead to acts of heroism — aging action star Harrison Ford once staged a daring helicopter rescue of a dehydrated hiker — or to increased popularity: as Alec Baldwin has slowly, but surely, morphed into Jack Donaghy (hosting the NY Philharmonic radio broadcasts; flirting with political office in lieu of flirting with politicians) memories of his pugnacious past have faded, only to be replaced with general civic, if not national, adoration. Unfortunately, ACT can cut both ways. Just ask Jim Caviezel, whose memorable performance of Jesus Christ-as-punching-bag gave way to his own feelings of persecution. Persecution that took the form of being rejected by casting agents instead of whipped by bloodthirsty Romans, but still. And then there’s Caviezel’s director, Mel Gibson, who, after many years of being celebrated for all the crazily charming one-screw-loose-isms that dripped from his mouth, forgot that clever writers had been responsible for those words, not his own insane mind.

And so, as Justin embarks on the relaunching of Timberspace, we offer our congratulations — and concern. Just because it’s possible on the big screen doesn’t mean it’s doable in real life — just ask recent ACT-sufferer Sean Bean who went from savage televised swordplay to getting stabbed by his girlfriend in a pub in just one short week. Godspeed, Justin! If symptoms of ACT persist — an outbreak of substitute teaching, perhaps, or finding Mike Myers funny — seek immediate medical attention. Unless the symptoms include sleeping with Mila Kunis. In that case, the ambulance can probably wait until tomorrow.