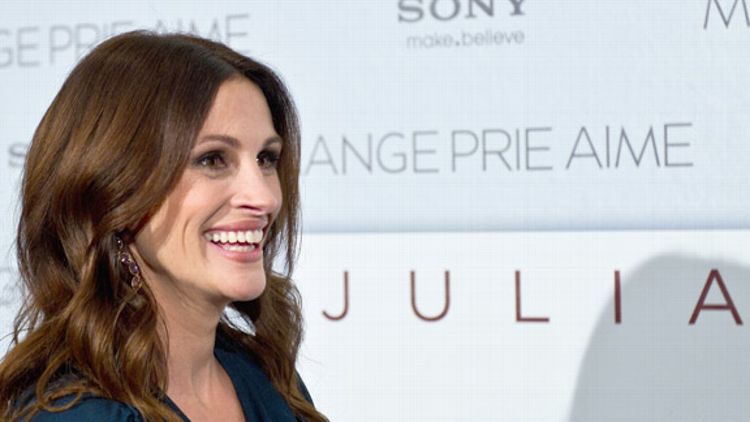 Julia Roberts will star in as well as produce (through her company Red Om Films) the workplace comedy Second Act, which revolves around a woman who has never had to hold down a job before and is forced to enter the workplace. But what kind of job will fictional Julia Roberts be forced to work? Ice cream truck vendor? Geeky record store clerk? Fiery-hoop-jumping and trampoline-dunking NBA mascot? I’ll be waiting patiently to find out. Grade: B- [HR]

Steven Seagal has landed a TV show on ReelzChannel, the network that picked up the unloved Kennedys miniseries off the scrap heap earlier this year. True Justice will air March 2012, and will star Seagal as Elijah Kane, the leader of tough as nails crew of undercover Seattle cops that battle organized crime, drug dealers, probably even the occasional serial killer. Are you somewhat surprised that this dude’s career is not yet over? Fool! Steven Seagal’s career is the kind of career you could drop off at the Arctic Circle wearing a pair of bikini underwear, without its toothbrush, and tomorrow afternoon its going to show up at your poolside with a million dollar smile and a fistful of pesos. Grade: D [Deadline]

Adam Shankman (Rock of Ages) will direct an adaptation of The Nutcracker that’s being positioned as a big holiday movie for 2013. Scripted by Darren Lemke (Shrek Forever After), this version will work off the 1815 original story of a toy soldier that comes to life and leads a young girl on an adventure. Also, in order to ensure their dramatic tale of action and love and toys coming to life succeeds, Shankman and the producers will rename the project Toy Story 4. Grade: B [Deadline]

David Milch, who premieres his horse racing show Luck on HBO in January, has signed a further deal with the network that gives him access to option the entirety of William Faulkner’s estate. That’s 19 novels, 125 short stories, and various other works (minus the titles already optioned elsewhere) that can be turned into movies, miniseries, and series. This is the kind of breadth of option that could creatively paralyze a guy! Can someone please check to see if Milch isn’t currently just rolling around in piles of first editions of Light In August and Absalom, Absalom! squealing “Mine! All mine!”? Grade: A [Deadline]

Alice Eve (She’s Out Of Your League) has landed a major role in the new Star Trek movie, which brings back Chris Pine and Zachary Quinto and is already scheduled for May, 2013. The thing is, no one knows what this major role will be, just that it’s big. Is J.J. Abrams this secretive about everything? Like, do his kids know where the cereal is kept? Grade: B [HR]

Darren Aronofsky was in conversation with Christian Bale for the biblical epic Noah, but now Batman has passed. That means the role might migrate over to Michael Fassbender, who is available because his next project Londongrad has lost its director, Rupert Wyatt. This is good a time as any to take a minute and appreciate Bale, Fassbender, and the abundance of handsome-foreign-guys-who-are-also-really-good-at-acting which we enjoy today. Grade: A [Variety]