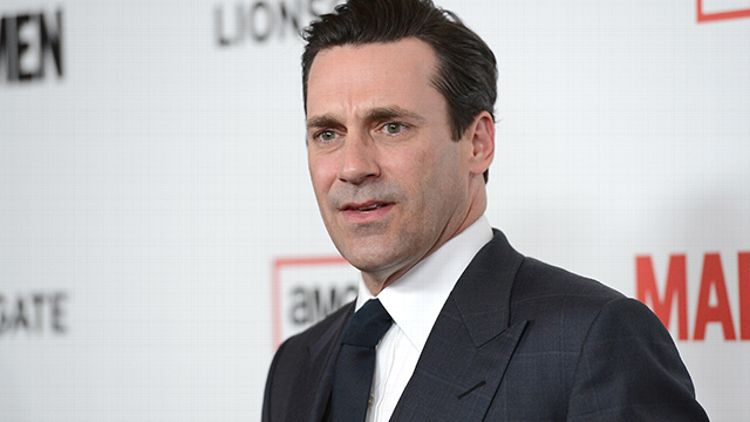 Universally beloved, lantern-jawed, throwback-to-a-handsomer-era Mad Men star Jon Hamm is officially exhausted by the meme-ification of his genitalia. Last week, a New York Daily News story, tapping penis-minded insiders familiar with the fit of Hamm’s reportedly seam-obliterating manhood inside the show’s snug-fitting ’60s fashions, claimed that “Jon’s impressive anatomy is so distracting that they politely insisted on underwear” underneath pants that “leave little to the imagination,” and that the aforementioned focus-pulling cobra-basket needed to be Photoshopped out of previous seasons’ promotional materials.

The Internet responded to this wang-chumming of its waters with its typical ravenousness for matters of celebrity girth disclosure, devouring the gossip and vomiting up breathlessly gleeful headlines and wangcentric Tumblrs with a Zaprudian commitment to tracing the story’s contours. But Hamm, the cover subject of this month’s Rolling Stone, is now expressing disgust over the fascination with the unauthorized release of his trouser-leviathan:

They’re called ‘privates’ for a reason. I’m wearing pants, for fuck’s sake. Lay off. I mean, it’s not like I’m a fucking lead miner. There are harder jobs in the world. But when people feel the freedom to create Tumblr accounts about my cock, I feel like that wasn’t part of the deal … But whatever. I guess it’s better than being called out for the opposite.

Hamm does make an excellent point: Even if they virtually burst through flimsy period wardrobe like the Hulk enraged over a frank discussion of circumcision ethics, genitals are not called “publics,” and this kind of attention, however annoying, is surely preferable to the opportunistic erection of Tumblr shrines dedicated to manhood-decimation. (If we had access to the office Google machine, we could probably pull up something called “Pete Campbell’s Mosquito Dick” without too much effort.) Still, it’s probably better to suffer in silence than sound burdened by your gift. Reached for comment, Grantland special correspondent Michael Fassbender’s Penis had only this to say: “I’m bigger.”