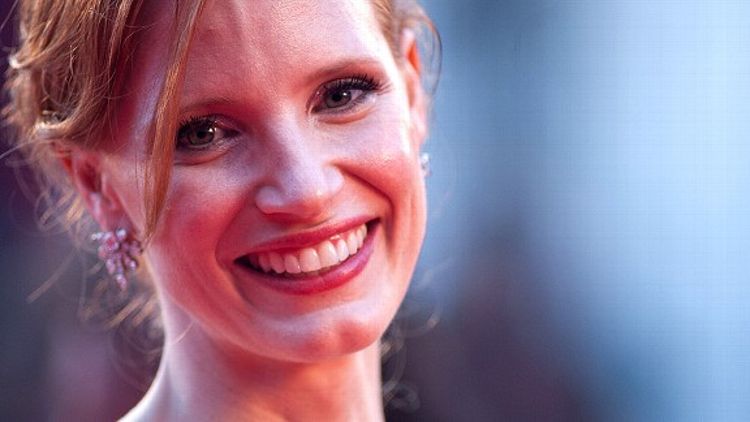 Jessica Chastain is in talks to join The Hurt Locker director Kathryn Bigelow‘s hunt-for-Bin Laden movie, along with Mark Strong and Edgar Ramirez. Already cast are Joel Edgerton and Chris Pratt; Hurt Locker writer Mark Boal is on board as well. Also: “Reports today assert that the Pentagon will investigate charges made by Rep. Peter King that Oscar-winning The Hurt Locker tandem Bigelow and Boal somehow got inside information about the mission from the Obama Administration in preparing the script.” Whatttt?!!! That is insanely awesome. Has Peter King been covertly hired by this movie’s marketing team? Grade: A [Deadline]

Seth Rogen is in talks with Sony to finance his directorial debut, The Apocalypse, which he would co-direct with his writing partner Evan Goldberg. The comedy is based on a short, Jay and Seth Vs. the Apocalypse, which featured Rogen and fellow Apatow acolyte Jay Baruchel bickering in an apartment as the apocalypse hits. The movie version will also involve James Franco, Jonah Hill, Danny McBride and Craig Robinson, and the crew will be stuck in Franco’s apartment. Hey, if you’re going to die in a horrific end-of-days scenario, you want to do it while appreciating the multifaceted Franco’s collection of challenging conceptual post-impressionist art, am I right? Grade: A [HR]

Speaking of crazy-ass James Franco: his movie Franchophrenia, a “humorous psycho-thriller” alternately titled Don’t Kill Me, I Know Where the Baby Is, will premiere at the Rotterdam International Movie Festival later this month. Franco and co-director Ian Olds put the movie together from footage of James on General Hospital, where he played an avant-garde artist/murderer also named Franco. Well, that makes Franco’s General Hospital stint significantly less crazy than it seemed before, which is actually kind of a drag. If James eventually makes a documentary about how he’s getting four billion creative writing degrees at the same time, I will be personally disappointed. Grade: C [HR]

Matt Damon has pulled out of directing duties on the untitled John Krasinski–Dave Eggers project, in which he was also going to (and may still) star as a salesman who shows up in a small town and undergoes intense scrutiny. This is the amazing part: Apparently Damon was having issues with the script … which he himself wrote with Krasinski (Eggers’s involvement was in the idea-hatching phase). People of the world: Matt Damon is fully aware how crappy he is at screenwriting. Grade: C- [Vulture]

The on-again/off-again live-action Akira remake is now shaky once more: The Vancouver production offices were just shut down. Apparently, Warner Bros. is looking for one more screenplay polish, and are in the process of bringing in another high-paid script doctor to punch things up. Meanwhile, the original Akira continues to have already existed for 24 years. Grade: D [Deadline]