J.J. Abrams To Boldly Go Where He’s Gone One Other Time 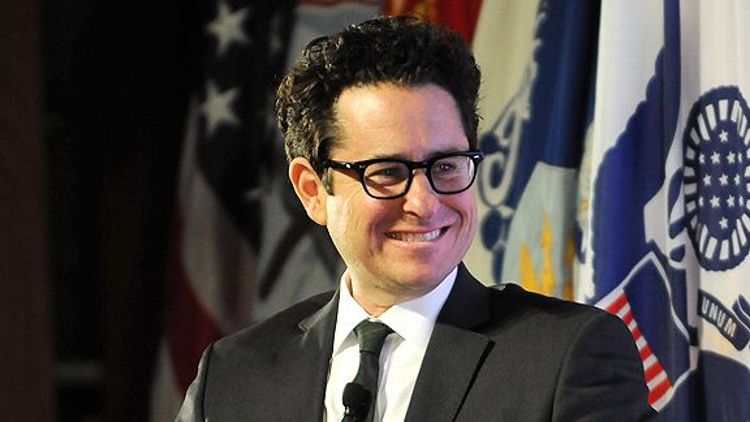 It had long been assumed that J.J. Abrams would return to directing duties on the sequel to his 2009 smash Star Trek reboot — and now it’s confirmed. The script is going to be wrapped up by the end of the month, and the movie starts shooting this winter. Apparently Abrams waited to make it official until Alex Kurtzman (the co-writer, alongside Roberto Orci, of the first movie) finished work on his directorial debut Welcome To People and could return to the screenplay full time. Another reason Abrams took so long to commit: He was spending a lot of that time trying, ineffectively, to come up with a hilarious sequel subtitle. Grade: A [Vulture]

Movie star Hugh Jackman will revisit his past glories on the stage with a limited-run show running this fall called Hugh Jackman, Back on Broadway, featuring an 18-piece orchestra, musical numbers, and personal anecdotes. The first anecdote Jackman will tell will be about what Professor X is like in real life. Grade: A- [Variety]

In a move that will surprise no one, Quentin Tarantino has cast his pal Samuel L. Jackson (whose now done four movies with Tarantino) in his slavery-revenge flick Django Unchained. Jackson will play the house slave/right-hand man for the evil slavemaster played by Kevin Costner, and in the employ of the villainous plantation owner played by Leonardo DiCaprio, on whom freed slave Jamie Foxx will be enacting vengeance. Okay, everyone, please go right on back to not being able to wait for this movie to come out. Grade: A [Variety]

Twilight’s Ashley Greene has signed on for Oliver Twist in which she’ll star as Olivia, a 19-year old who falls in with a crew of street kids and gets mixed up in trouble with warring criminal factions after taking on a kidnapping job. That description sounds more like the plot of a Fast and the Furious movie than a classic Dickens novel. Grade: C [Showblitz]

The Casey Wilson resurrection continues! After being unceremoniously canned from Saturday Night Live, Wilson made a modest return on ABC’s Happy Endings, which is coming back for a second season. Now, she and her writing partner June Raphael (they also collaborated on, erm, Bride Wars) have landed a new comedy at the same network with Will Gluck (the director of Friends With Benefits and Easy A) producing. It’s called Walk of Shame, and it’s about (gasp) a group of twenty-year olds living in New York. Eat it, Lorne! Grade: B+ [HR]

Jennifer Lopez is teaming up with former Ugly Betty showrunner Silvio Horta for a Fox family dramedy about a group of Latino sisters with interconnected love lives. Oh man, if only George Lopez was still around to make a monologue joke about this! Grade: C+ [HR]

CBS is remaking Sherlock Holmes with veteran producers Rob Doherty and Sarah Timberman, despite – or because of? – the fact Robert Downey Jr.’s big-screen adaptation was a big hit and has a sequel coming out in December. Hollywood! Now not satisfied unless everything is being remade on multiple platforms all of the time! [Deadline]