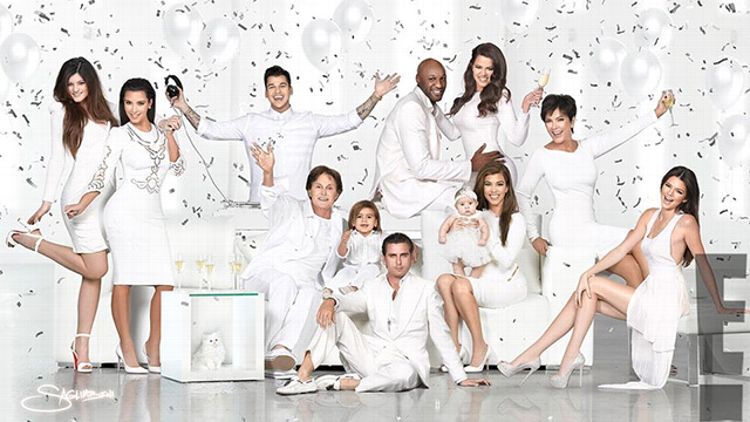 Can we talk about the cat? We have to talk about the cat. There is no way around the cat. Mercy Kardashian — a white teacup Persian gifted to Kim Kardashian in September by boyfriend Kanye West, named in tribute to a not-very-kittenish Kanye song about Lamborghinis, and subsequently gifted to Khloé Kardashian Odom’s assistant when Kim turned out to be allergic — died earlier this month from a cancer-like stomach virus. This was sad but not strange. It’s a hard world. Sometimes God kills a kitten. Honestly, there is evidence that God can be kind of a feckless thug when it comes to celebrity pets. Mercy made out better than Jessica Simpson’s maltipoo Daisy (coyote attack), Martha Stewart’s chow puppy Genghis Khan (propane explosion), or Rocker, Courtney Love’s Pomeranian (ingestion of a poor-quality Mexican breast implant — no, seriously, Google it).

Sometime between Kim’s acquisition of Mercy and her untimely demise, the Kardashian family gathered/were Photoshopped together for their annual Christmas card photo. The tradition predates the clan’s reality-TV fame, and for Kardashian scholars the early images are a treasure trove — old noses, forgotten Jenners, the occasional Ninja Turtle. Over time the photos have come to reflect the family’s increasing prosperity and its increasing self-regard. 2006 looks like a Gap ad. 2008 looks like a cast photo from a CW show about rich people. 2010 looks like a cast photo from a network show about rich people who are possibly also witches. 2011’s triple-proscenium celebration of frowning looked like the gatefold cover from some hypothetical Vanity Fair theme issue about people who can’t stand to look at one another. It was also in 3-D.

This year’s card is comparatively more festive — it features confetti, balloons, and smiling, and the first Christmas card appearance of Kourtney Kardashian’s newish daughter Penelope Disick, who looks perplexed, and who doesn’t like a perplexed baby? Heartless monsters, that’s who. And Mercy’s here too — but she’s in a glass box, like Sleeping Beauty’s coffin, on which certain Kardashians have chosen to place their glasses of champagne. Initial press coverage of the big card reveal has focused on the conspicuous absence of Kanye West from the picture, but I can’t get over the weirdness of the cat in the box. Are the Kardashians — who are all dressed in white here, so that they sort of look like Mercy — trying to tell us something? Is being a Kardashian becoming sort of like being a kitten who is sealed up inside a glass end table? Is this a Christmas card — or a cry for help?

This is the saddest song ever written about a cat. Rest easy, Mercy.