Is There a Future for Televised Singing Competitions? 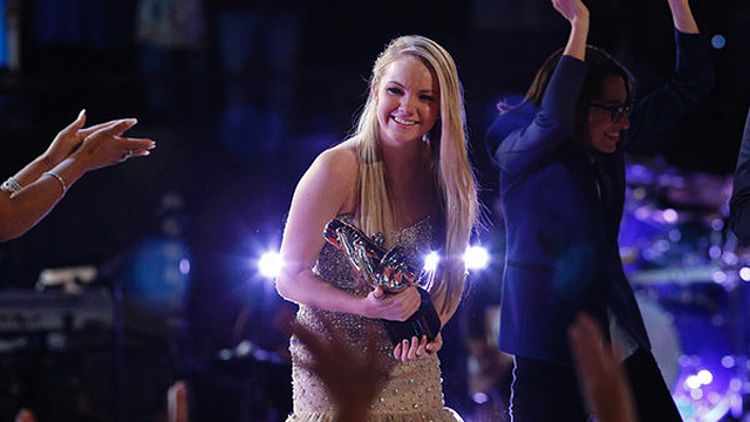 After The Voice crowned its fourth-season winner, 16-year-old Danielle Bradbery — the third Team Blake victor — a hush fell over the nation. American Idol doesn’t start auditioning its 13th season until July, and The X Factor, revamped with two new judges and minus a Kardashian, is holding its breath until the fall. It’s a reflective time: The Voice finale pulled 15.3 million pairs of eyeballs (crushing the most recent Idol season finale by a cool million), but just because it managed to do well doesn’t mean we can’t do better. It’s been 11 years since Idol premiered, and though The Voice has managed to push the singing-show genre evolution a few inches toward Tomorrowland with invested mentors, the fresh gimmick of blind auditions, and playful, campy performances (cough, cough), it still occasionally smacks of something dusty and grandpa-like. We may have arrived at an era that requires “social media correspondents,” but the current incarnation of this position seems poised to appear in a future BuzzFeed list of embarrassing vintage relics. The time is ripe for a dramatic chord progression, a giant leap.

Perhaps one of the only things American Idol still has going for it is grandeur. Idol winners have more name recognition, the host is glossier, and there’s more pomp than is found elsewhere. It’s something that The X Factor was never able to achieve, despite a cavernous-seeming stage and poolside serenades at the judges’ mansions. This elusive trait certainly can’t be called classiness, but it’s a distant relative: the correct blend of cheap but effective emotional homecomings and a vaguely patriotic humidity that clings to everything, planting a subconscious seed in your brain that convinces you that to hate the program is to hate America. Domestic singing competitions will never have the Olympian appeal or sheer vastness of Eurovision, so they have to grub for respectability elsewhere — this is where the hometown pride exploitation that Idol employs comes into play. Lacking touristy interstitial plugs for New Zealand, we must make do with packed high school auditoriums and tearful processions in Detroit. The new breed of singing shows should keep that, because it still kind of works.

Idol also has Ryan Seacrest, who, despite probably being an alien, makes any other host look like hair and a microphone mounted on a 5-foot-9 human-shaped Styrofoam cutout. Who could possibly out-Seacrest Seacrest? The options are limited: Neil Patrick Harris is an obvious choice, Alec Baldwin could probably swing it. The requirements are as follows: be humble enough to hug adrenaline-stinky auditioners on their way out the door when required to do so, don’t have corpse eyes, handle lighting-cue flubs like annoying butterflies hovering too close to your margarita (patiently, gently, with offhanded concern), create the magical illusion of interesting relationships with the judging panel, and remain stubbornly objective. Look good in formal wear. Don’t embarrass yourself.

The math of a successful judging panel is problematic. Mixing things around drums up publicity, but there’s also the risk of bad chemistry or distracting diva fits (Team Mariah forever) from new judges that start out as solid B-plots but quickly devolve into boring sideshows. I’m going to blow my $15 million idea here because I care about the fate of the world. What we need is a panel of three judges and a weekly floater who — wait for it — will finally act as a nutritious yet delicious snack to satisfy the producer’s social media cravings. If these shows rely on Facebook and Twitter and recappers to keep them alive, why not invite a new judge from the passionate fan base to appear each week? I’m not angling for the job here (I’d sweat to death), but surely one of you could handle it with aplomb. The effect of bringing an opinionated party to an otherwise objective group would be to fracture the dynamic, spur arguments (I’m sorry, debates) and demonstrate trust in the voice of the people. Sites like the now-defunct Vote for the Worst encouraged viewers to muck around with the metrics of The Voice and Idol, but this game-changing addition would permit fans of a particular contestant to make impassioned pleas for their favorites as well as calling out the vocal slackers. It would interweave criticism with live television. And who better to live-tweet a show than a blogger who does it already?

From its inception, The Voice has been anti-looksist, which is made even more refreshing when you contrast it with Idol’s medium-attractive white-guys-with-guitars epidemic. It’s always come off as the feel-good option of the bunch, refusing to devote any time in the initial auditions to oddities or opportunities for the judges to brutally skewer the singing hopefuls. Maybe it’s just an antidote to Mean Cowell fatigue, but this lends the show a respectful tone that makes the performances feel more intimate. That factor is helped along by the close mentorship that forms when contestants and judges choose each other (that is, if more than one judge turns his or her chair around), which, unlike with L.A. Reid’s hatred of old people, prevents pesky viewer emotions like pity and embarrassment from creeping in. The idea of reviewing talent without aesthetic bias or random age limits is heartening and feels more modern than adhering to a star-making formula. It has a certain purity that’s aspirational and watchable. It would be ridiculous to stage a competition with its stars enshrouded in shadows for 13 episodes, but it might be interesting to play with the blind audition hook even more than The Voice already does. Perhaps the singer remains unseen to the audience for the entire audition. Or maybe it’s time to bring out the lip-synching doubles. If The Voice subtly plays with trying to imagine what face Adam Levine thinks he’ll see when he spins his chair, can’t we crank up that tension and explore our own stereotypes in a way that drags it out for more than a minute and a half? Of course we can! We’re inventing television shows here!

Medleys and song choices are an entirely separate mothball-filled bin. Medleys as a whole are so problematic, so cheese-stuffed and awkward, that they should be retired permanently until we can teach groups of people to navigate stairs and stand around waiting for their assigned solo phrase with something resembling poise. Currently, this is impossible. The general internal Idol disdain for lesser-known songs has been a cumbersome constraint, and while The Voice allows for more freedom while browsing the song catalog and X Factor makes room for original compositions (Emblem3, I hate you and still think of you as Emblem 311, but I’ll concede that I now recognize “Sunset Blvd” and the lyrics “I said I love my women like I love my juice — NAKED” as things that exist in the world), I see no reason why Oingo Boingo B-sides and indie-rockified Tim Hardin jams can’t be busted out as opposed to more “Titanium.” Whatever Adam Lambert exists within these singers must be nurtured like a hothouse orchid and then summoned on demand week after week, ruthlessly. The emphasis should be on surprising and brave performances that teeter on the line between risky disaster and sweeping emotion, ideally rewarding everyone with something cathartic and intimate. Like a staged, musical diary reading, the phoniness and Burt Bacharach weeks would disappear into the past, replaced by the closest performative approximation of realness possible. Tears would be nice.

Perhaps one day soon we’ll look back at the Idol judge shuffle of 2013 and laugh at how innocent we all were. Perpetually fiddling with the celebrity table just amounts to patching the same old pair of bell-bottoms when what we really want is a new pair of pants, maybe even hot pants or perhaps just some underpants. Come on, Seacrest. Lead us away from this scorched desert and point us toward the live TV oasis that awaits just beyond the horizon.

From Graduation to Taylor to "Power": A Timeline of How Kanye West Became The Nucleus