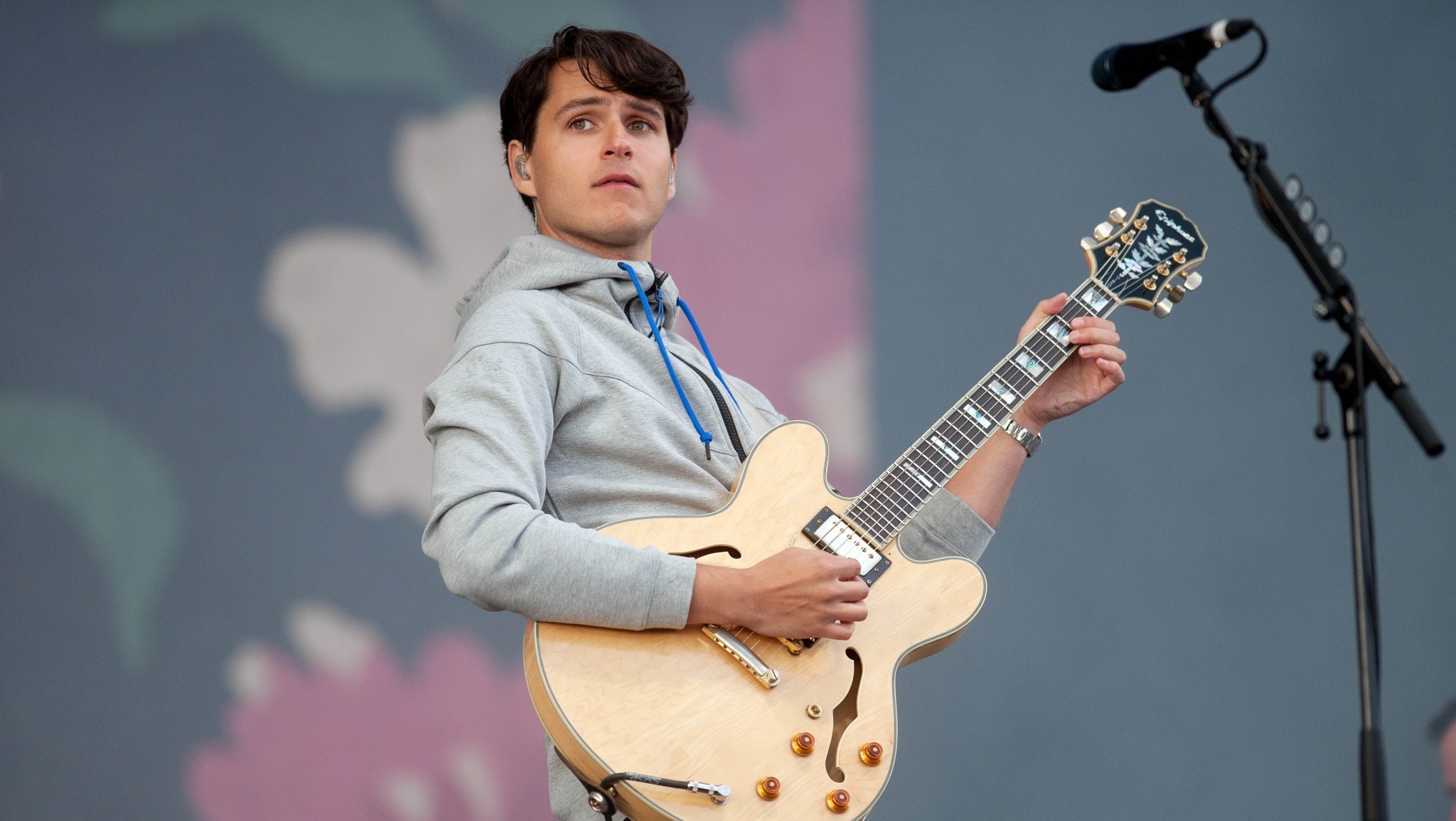 Yes, you’re right: Time is an illusion, and the Gregorian calendar is an arbitrary pile of dashes and hash marks. But that just makes this — the purported “top of the year” — a perfectly good time for nonsense predictions. Like, say, this one: 2015 is going to be a big year for one Ezra Koenig.

“But, bro,” you cry. “Vampy Weeks hasn’t dropped an album since the spring of 2013. Why the hell are you talking about that dude now?” A very good question, answered simply enough. In late December, with the nation wrapped up in the preemptive pageantry of the holiday season, a remix of ILoveMakonnen’s “Down 4 So Long” — featuring the Queens rapper Despot, alongside Mr. Koenig himself — came into our Internet lives.

For kicking off 2014 as a complete unknown, Makonnen’s had about as good a year imaginable, and you would have been forgiven for imagining it was Koenig set to enjoy a runoff of hipness by popping up on said remix. And just off the fact this could be described as a “guest verse” — like, as in a rap music guest verse — was cause enough for concern. But then we listened to it. And then we couldn’t stop listening to it.

In less than a minute, Koenig takes us on an epic journey, from New York City to tax-haven Monaco and back; we meet Shmoney-dancing goth teens and learn his firm opinion on the weirdness of afternoon naps. He goes to the Hamptons and he thinks he’s the man, until Mary-Kate Olsen tells him his Ray-Bans are off brand. He keeps his mouth shut and he shakes Olivier Sarkozy’s hand.

It was a sharp, self-deprecatingly preppy verse that also possessed the power of prognostication: OK, Ezra didn’t specifically mention nachos in Amagansett, but he came pretty close! And it also got us thinking seriously about his increasingly more prominent solo presence.

Koenig’s regularly wandered off the Vampire Weekend reservation. In 2009, he teamed up with The Very Best for peppy jam “Warm Heart of Africa.” In 2011, he turned up playing the sax on Chromeo’s “I Could Be Wrong,” while simultaneously embracing and shattering the Paul Simon comparisons with this gorgeous “Papa Hobo” cover. And just this summer, he linked with SBTRKT for the brooding banger “New Dorp. New York.” But is he now also making extramusical moves toward the celebrity spotlight?

Vampire Weekend has been a “New York band” since coming together at Columbia, and now it seems Koenig is finally putting that image to good use. He’s going to where all New York icons go to cement their legacies: Madison Square Garden. The New York Knicks have a famously crafty publicity team, and it seems Koenig may be one of the more recent beneficiaries. The team’s communications staff methodically seats famous people to maximize the benefits of celebrity. MSG’s executive vice-president for administrations and communications explained to the New York Times last year, “If you’re an A-level person and we know the fans are going to go bananas when your picture goes up on the scoreboard, then there’s a value having you there.” Well, guess whose mug appeared on the Jumbotron in the middle of the Christmas Day game?

He wasn’t courtside on Christmas, but he did get the premium seats back in November with Theophilus London and an aggressive scarf in tow. These Knicks appearances are simple confirmation that this guy is ready to make the leap. While the world needs more Vampire Weekend, we’re also ready for the Ezra Koenig project.

Celebrity building doesn’t begin and end at MSG, though. This guy needs an appropriate girlfriend with an attendant narrative — someone to fuel great art, someone to get all his references. The obvious play would be to try to pry Greta Gerwig away from Noah Baumbach. With Frances Ha, Greenberg, and the coming Mistress America, she’s displayed a penchant for collaboration with her man that would be promising for a Koenig solo side project. (And don’t worry about Baumbach: He’d certainly get some good material out of it all.) But if she’s truly unavailable, he may want to consider some other creative type. According to the man himself, he has no problem meeting women. He just needs to find the Joan Didion to his John Gregory Dunne. It wouldn’t be so bad if that turned out to be Azealia Banks?!

The first is minor: Thanks to the explosive, divisive popularity of Serial and its proprietor Sarah Koenig, the world now knows that name is pronounced “Kane-ig,” which neatly paves the way for Ezra’s theoretical impending ubiquity. Furthermore, is there not now an urge from him to definitively take back the “most famous Koenig in pop culture” mantle? (Keep in mind, of course, that if he decides to go with the mononym EZRA, this is all moot.)

The second is a bit weightier: We are in dire need of a good and cool rock-’n’-roll frontman. Too long we’ve suffered through impostors to the throne. Chris Martin was always too polite; Win Butler had the right attitude — “being in a rock band, I feel a certain responsibility to have a weird haircut,” he once said, smartly — but the people ultimately didn’t feel him like that. To understand the gravity of the situation, you need not do much more than remind yourself that we still have Bono running around thinking he’s got it. Maybe this has all come from an aspirational place: Maybe we just believe Ezra Koenig can be the self-aware, sly, mass-appeal rock dude for our times. But isn’t it pretty to think so?