Is Drake’s Tour Already in Trouble? 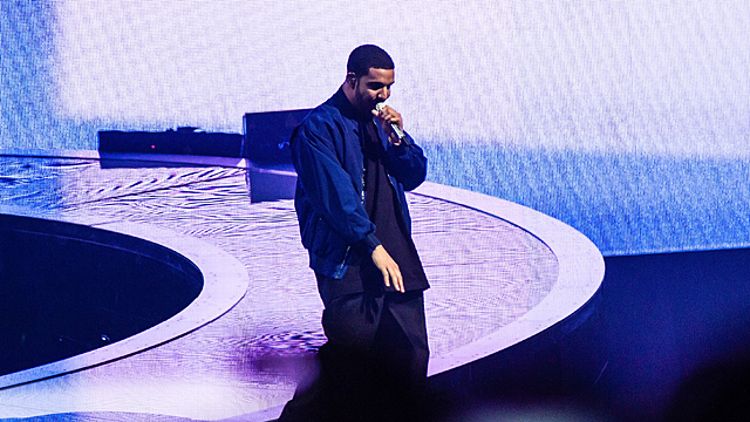 Drake’s current concert tour, which hits arenas in 39 cities across the U.S. and Canada and features Miguel and Future, is off to an inauspicious start, and it’s only just begun. More than an hour after Saturday’s Philadelphia show was slated to start, the set was canceled because of “an unexpected technical issue” (reportedly a catwalk snafu) and rescheduled for December 18. Fans were upset, having waited for hours (with many having already taken their seats) before being informed to hold on, for they were going home. At least Miguel, artist of the people/artist falling all over the people, went on to perform a consolation concert at another Philadelphia venue after tweeting his surprise that the show had been canceled.

The aborted concert was only the second stop for “Would You Like a Tour?” and though the first — Friday’s sold-out show in Pittsburgh — featured Wiz Khalifa and Jhené Aiko (as well as Drake shouting from an elevated platform, “I feel like motherfucking Bon Jovi up here”) and seemed to go off without a hitch, the Nothing Was the Same promotional circuit has seen plenty of drama in its young life. After Future shaded Drake in Billboard earlier this month, claiming “Drake made an album that is full of hits but it doesn’t grab you … [The tracks] don’t make you feel the way I do,” the Honest rapper was fired from the tour, then subsequently rehired. (We’ll have to wait for the next album to hear Drake’s side of the beef, if he decides to refer to it as he did a still-vague argument he had with Nicki Minaj, referenced on “Tuscan Leather.”) Future’s comments were purportedly made off the record and taken out of context, but inter-artist disses make excellent click-bait regardless of the intent (as do rumors of lawsuits); though Drizzy is no stranger to feuds, he recently gave an interview with CBC Radio in which he said he didn’t get enough credit for “not [being] a loose cannon” and called himself a “naturally poised individual.” His image precedes him (condos, white wine, bubble baths, aromatherapeutic massages), and though he also told the CBC that he’s “sick of people saying that I’m like lonely and emotional, and associating me with this like longing for a woman,” it’s a persona so strong that it overrides that of the guy who would slice Chris Brown’s face with shards from a liquor bottle. Some of the fans who were sent home empty-eared from the Philadelphia concert seem to be directing their rage at the artist himself, as if a truly sensitive guy would have pulled out some trick to appease them.

Between Nothing Was the Same’s leak and its official release, our own Steven Hyden wrote that “the influence of social media is palpable: In ‘Too Much,’ Drake simultaneously presents a façade that he knows is not entirely accurate while also acknowledging that this façade is not entirely accurate.” As Drake settles into his luxurious, mainstream success sofa for what could be a good long sit, it’s inevitable that the same traits that make him endearing will be used against him with increasing viciousness (one commenter suggested the concert was canceled because “he probably broke a nail”). Maybe things will turn around when the tour resumes Monday night in Montreal, but if you, too, get turned away at the doors, Larry King’s Drake Hands will keep you warm.