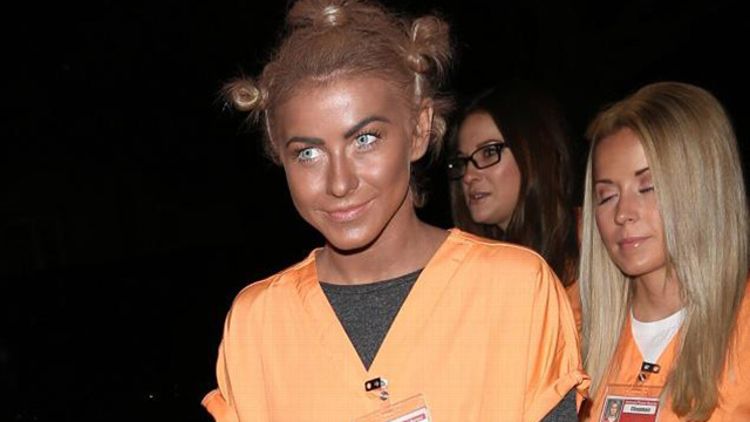 I’ve never been a white person for Halloween. Because I have no interest in ever being white, even for a costume party. And for me, there is a never-ending, exponentially growing supply of amazing black people to impersonate.

Last year, I was Madea. For an entire weekend, I proudly walked around New York City dressed as a gun-toting, “Hallelujer”-ing woman in a muumuu. And I’d do it 10 more times before it would ever occur to me that “maybe this is the year to be Ashton Kutcher as Steve Jobs.”

Because it’s just not happening.

There are some amazing white people, though. White people who, at times, I’m a little bummed I’ll never portray for Halloween. I’ve been studying the Independence Day Jeff Goldblum “We just saved Earth, watch me stunt with this cigar until my girl jumps into my arms” strut for years. It’d be kind of nice to be him for Halloween. But then I think, why not let my boy Matt, a wonderfully Jewish fellow with similarly amazing dark hair, be Goldblum? I’m more than happy being Jaden’s dad.

So I can understand why you, a white person, might want to be someone black for Halloween. I know what you’re thinking: The only thing more fun and carefree than being black is being temporarily black.

I get it. And no one has the right to tell you that you can’t be a temporary black for Halloween. Do you.

But, in “doing you,” understand that there are risks. For instance, just a few days ago, actress Julianne Hough “did her,” and gave the world grounds to describe her actions as racist, by darkening her face to portray Uzo Aduba’s character from Orange Is the New Black. “Doing Julianne” backfired on Julianne, because blackface always backfires on the person whose face was temporarily blackened.

Chances are, if someone tells you they were hurt by Julianne Hough’s Halloween outfit, they are exaggerating. But what is felt is merely a continuation of a long-held face-in-palm reaction, less “how dare they” and more “they’ll never learn.” “They” being white people, you see.

One time, I did consider being George Washington for Halloween. But not for a second did I consider painting my face pale. My plan was to walk up to people with a white wig on, dressed in all of the late-1700s gear, with my brown-ass face, telling people “Yes, I am the first president of the United States of America, George Washington.” And it would have been awesome.

So, white person, I’m not saying that you can’t be a black person for Halloween. But why not just be a white person? That’s what I do with black people, which is why my Halloween greatest-hits lineup (Cliff Huxtable, Diddy, Frederick Douglass, and Prince) has been so successful.

And I didn’t lighten my skin for Prince, either. I just wore six blouses, scored a triple-double in a pickup game, and then served everybody pancakes.

And everyone still knew I was Prince.