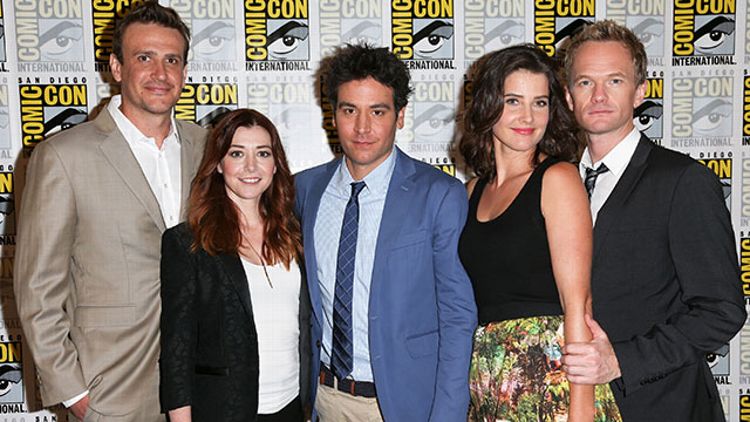 How I Met Your Mother has managed to turn what could have been a quick after-dinner story explaining its titular subject into a sitcom of Friends-ian proportions, spinning out into nine seasons and as many Emmys. Now Carter Bays and Craig Thomas, the show’s co-creators and executive producers, have found their next big move: doing it all again, only with a gender flip.

Still listening … ? Bays and Thomas are teaming up with Up All Night creator Emily Spivey, and the show would air on CBS. It might even be called How I Met Your Father. Deadline’s report refers to the sitcom as a spinoff, although HIMYF — which has a much worse ring to it when abbreviated — might not be exactly that. “It would feature a new group of New York friends and chronicle a female member of the group’s quest to meet her future husband. I hear the new characters could be introduced in the HIMYM series finale, and Ted, Barney, Marshall, Lily and Robin’s favorite hangout, MacLaren’s Pub, may be featured on the new show, serving as a link between the two gangs.” Never has the word “gang” been less menacing.

But imagine that. Another bunch of years in the same pub. How much more would you have dreaded Joey if you’d known it meant watching an inferior series that reminded you of its superior parent with its lead and its setting every week? If, instead of Frasier, some schmoes just came in and took over Cheers from Cheers? Or say we forget the pub for a moment and focus again on the part where How I Met Your Mother will probably get a redo. That’s like if AMC decided to broadcast Univision’s Breaking Bad remake this fall, and in English. But now I’m talking about HIMYM and BrBa in the same place, which is always the sign to stop.

Filed Under: CBS, How I Met Your Mother