How Did Peter Jackson’s Third Hobbit Movie Come Together So Quickly? 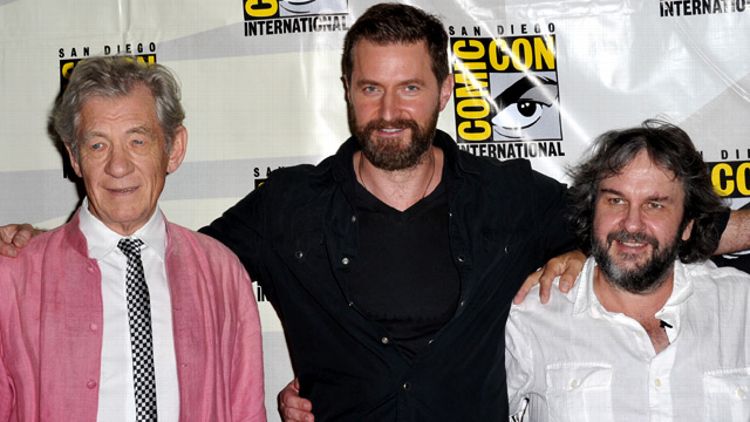 On Monday, Peter Jackson made a highly unlikely announcement (via Facebook, of course): The two movies he is currently directing based on The Hobbit are about to become three. Jackson explained, “It is only at the end of a shoot that you finally get the chance to sit down and have a look at the film you have made. Recently … we watched for the first time an early cut of the first movie — and a large chunk of the second. We were really pleased with the way the story was coming together … all of which gave rise to a simple question: do we take this chance to tell more of the tale? And the answer from our perspective as the filmmakers, and as fans, was an unreserved ‘yes.'” So how the hell did that just happen?

THR looks into the decision-making process behind the scenes, and finds there was something of a unanimous push for a trilogy. The protracted original deal for adapting The Hobbit involved Warner Bros., New Line, MGM, and others with rights to the project, eventually losing Guillermo del Toro as the film’s director. However, this new deal came together in a few weeks, with Jackson and his team pitching the idea to their producers in early July. Says an anonymous source, “It was such a short window of time to make this decision, if anybody had said no, it would have been two movies.” The third movie will cost a half to a third of what each of the first two movies cost (their combined price tag had been announced at $500 million), and will be released the summer of 2014. Jackson says, “There’s some areas of the story to develop and expand.” New Line’s Toby Emmerich adds, “As cynics have pointed out, The Hobbit is not an exceptionally long book, but Peter has phenomenal creative integrity and truly believes this is the best way to tell the story. We all had to trust each other, and Peter, and we sincerely believe it will be great.”

For now, though, they still have to, you know, write a script. And so if Petey ends up deciding he needs a fourth movie to truly sell his vision, don’t be surprised.