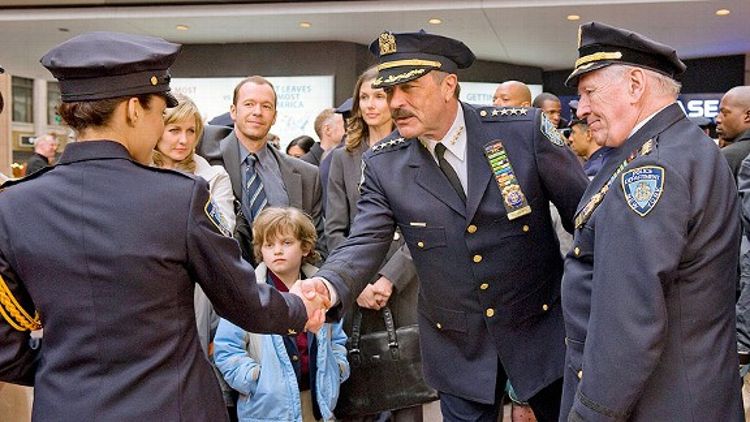 Law & Order: SVU (NBC), “True Believers” (Wednesdays at 10 p.m.)
“A young music student is raped at gunpoint in her own apartment, but with her help, the SVU squad makes a quick arrest. Bureau Chief Mike Cutter takes over the case when he finds that opposing counsel is high-profile defense attorney Bayard Ellis. As Ellis works to undermine their police work and damage the victim’s credibility, the detectives take the stand to prove they have more than just a he-said, she-said case.”

NCIS (CBS), “Honor” (Tuesdays at 9 p.m.)
“The NCIS team must determine whether a dishonorably discharged Marine is the target of an international set-up or if he committed murder.”

“International set-up,” you might be thinking. “Sounds promising!” Well, this is where the wisdom and experience of the veteran procedural watcher comes in handy. First: Can we really trust network television to pull of an ambitious, nuanced, multi-part Marine conspiracy in an hour, minus the time for all the prescription drug-medication commercials? Second: Is there anything here to suggest the murder will be anything more than your traditional, everyday gun death? Let’s move on.

CSI: Miami (CBS), “Sinner Takes All” (Sundays at 10 p.m.)
“A high stakes poker game is disrupted by a masked assassin, leaving one player dead and the CSIs baffled.“

Not much to work with here, either. Most likely, we get a door kicked in, some scattered poker chips, hopefully a few shotgun blasts. Slips in to DVR territory, though, to the extremely unlikely possibility the robbery looks more or less like that time Omar jacked Marlo at a poker game.

Criminal Minds (CBS), “Epilogue” (Wednesdays at 9 p.m.)
“The BAU search California’s Angeles National Forest after a number of bodies mysteriously turn up in the mountain lakes there. Zach Filkins from the hit music group OneRepublic guest stars as a forest ranger.”

A number of corpses turning up in mountain lakes? That’s possibly a Contagion-style disease, or maybe just your garden variety mass murder by some bearded-psycho recluse; either option has the potential for gnarly dead bodies. Points off, though, for the fact that CBS couldn’t even afford to get the lead singer from OneRepublic.

Hawaii Five-0 (CBS), “Ka Iwi Kapu” (Mondays at 10 p.m.)
“When the Five-0s investigate the murder of a young couple filming a spooky documentary about a traditional Hawaiian burial site, they are threatened by a drifter who puts a curse on Danny. Robert Englund (“A Nightmare on Elm Street”) guest stars as the drifter. “

The “haunted burial ground” thing is kind of groan-inducing, but Freddy Krueger, multiple homicides, and the phrase “spooky documentary” do enough for us to recommend this. RIP spooky documentarians.

CSI (CBS), “Freaks & Geeks” (Wednesdays at 10 p.m.)
“When a Jane Doe is found near the freakish attractions of a 19th-century-inspired traveling sideshow, the team investigates a cast of unusual characters.”

In 1932, the movie Freaks — a now infamous cult classic set in a traveling circus and featuring a cast of actors with various disabilities once paraded as entertainment — was released. In 2011, CSI will do an episode set at a sideshow where the most extreme sight will probably be something along the lines of a guy with really bushy eyebrows.

The Mentalist (CBS), “Blinking Red Light” (Thursdays at 10 p.m.)
“The search for a serial killer hits close to home for Jane when he encounters a blogger who has devoted his life to finding the killer.”

Bloggers on TV! Always a guaranteed good time. Cop: “How are we ever going to catch the Sycamore Assassin with you sitting here on your computer”? Blogger: “I’m monitoring the hyperlink activity in the South Korean chat boards. Add that data spectrum to site meter counter and my updated RSS live blog feed … and we’ve got your killer, detective.” [adjusts sweatpants]

CSI: NY (CBS), “Crushed” (Fridays at 9 p.m.)
“When news of a high school house party goes viral, resulting in overcrowding, a collapsed porch and a teenage girl’s death, the CSIs must use social media to uncover the truth about how she died.”

Oh, wow. Even better than bloggers on TV: social-network plotlines on TV! Unless Aaron Sorkin ghost-wrote this episode, it’s going to be a monster.

Body of Proof (ABC), “Hard Knocks” (Tuesday at 10 p.m.)
“When a popular 17-year-old high school student is found dead after a rave, the team must decipher various unknown drugs in his system and multiple bruises to figure out the cause of death. “

A rave?! This week, to our great delight, procedurals are really into make-believe youth culture.

Blue Bloods (CBS), “Lonely Hearts Club” (Fridays at 10 p.m.)
“Jackie goes undercover as an escort when she and Danny track down a serial killer who is murdering prostitutes in hotel rooms.”

Gotta be honest: before we saw this logline, we had no idea Tom Selleck still had a show on TV. Best way to get our attention, though? Prostitute murderer, of course. Good luck out there as a cop hooker, Jackie; we’ll be watching.