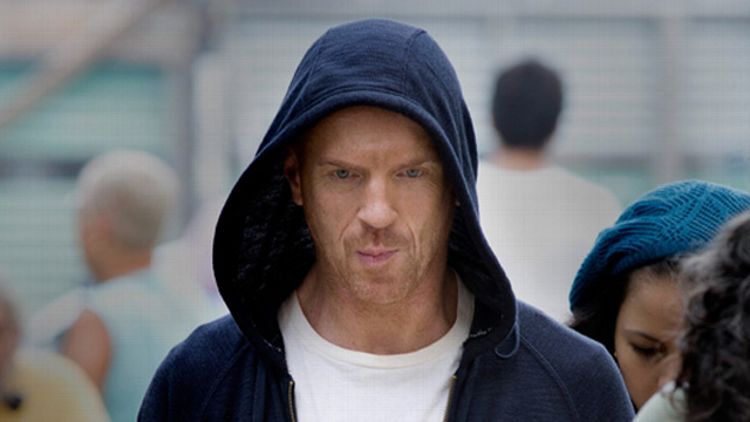 Three episodes into its third season seems a bit early for a show to have split its fan base into distinct, warring factions — Breaking Bad, by contrast, waited until the very last hour. But Homeland has never been a particularly patient series, so here we are. On one side of the divide are the Brody Banishers, die-hard fans who feel frustrated by Sergeant Nick’s stubborn refusal to die. To their eyes, Homeland is still a worthy show, but one being held back by its slavish devotion to the diminishing returns offered by its original story line. On the other side are the True ’Shippers, those who feel — not unjustly — that Homeland elevates only when its two touched-in-the-head leads are furiously touching each other. (The True ’Shippers, I should add, would have a much stronger case if Carrie and Brody’s names lent themselves to a catchy portmanteau like all other important 21st century couples: Bennifer, Kimye, et al. But “Brarie” has unfortunate connotations and “Carrody” sounds gross.)

If last week’s recap didn’t make it clear, I’ve been firmly planted in the banishment camp ever since the second-season finale. That was when Carrie, in the post-crater chaos, fled Langley and pushed her ginger gentleman across the Canadian border. (Sorry, Canada! He’s your problem now. Consider this payback for Tom Green.) By choosing exile over death, I thought showrunner Alex Gansa had stumbled upon the ideal way to have his Emmy-winning cake and eat it too. With Brody gone for at least half a season — and ideally more — Homeland could get down to the busy, necessary work of securing itself against other threats and prepping for other story lines. One True Pairings like Carrie and Brody can easily sink a show, even if said Pairings aren’t explicitly intended to be romantic. Like a blackjack dealer in Vegas, a showrunner is nothing if he can’t repeatedly shuffle his own deck.

But my opinion doesn’t much matter, especially when the entirety of Homeland’s war cabinet is completely in the tank for Carrody. (Nope. Still gross.) It was clear from the season premiere that Damian Lewis’s poutine holiday would be short-lived. And so the biggest problem with the sluggish start to this third season wasn’t Brody’s absence; it was his continued, ghostly presence. Everything felt stalled and stunted, like a surprise party when the guest of honor is an hour late. It seemed only a matter of time before Brody’s face would be once again front and center, bringing with it all the familiar explosive emotions of seasons past. The character’s suicide vest — abandoned in the bathroom of the VP’s bunker — was never found, but no matter: Brody seemed destined to be Homeland’s own self-destructive IED, and the writers seemed addicted to the rush of fingering the blasting cap.

So let me be the first to admit my surprise that the return of Brody in last night’s stirring “Tower of David” wasn’t merely more of the same — it was, quite possibly, the start of a whole lot more. And for a show that has been feeling smaller and smaller — I know the CIA has been decimated, but surely more than six people work there? — the suggestion that the known universe is both wider and weirder is an extremely good thing. For 30 delirious and disorienting minutes, Homeland was once again the daring show so many of us fell in love with in the first place. Director Clark Johnson (you might remember him as the saintly Gus Haynes on the final season of The Wire) filmed Puerto Rico–as-Caracas as an overheated fever dream about the end of the world. Or maybe it was all just Nicholas Brody’s nightmare: He has been gutshot somewhere between here and nowhere, covered in rags that approximate a body bag and driven into an impossible valley ringed by looming, crumbling towers. There, under hallucinogenic, flickering lights, he’s shot up with heroin and operated on by a man who appears to be half-tarantula. This is, we are soon to discover, pretty much the high point of his stay.

“Tower of David” is the last script to be credited to Homeland writer (and longtime industry veteran) Henry Bromell, who died suddenly of a heart attack in March. I don’t know the specifics of how much work he left behind, but whatever Henry didn’t finish was completed by his son William. Perhaps it’s reading too much into it to suggest this posthumous collaboration in some way influenced the elegiac tone of the episode. But the titular tower, exposed to the howling wind and elements, stripped and swaying like a drunk skeleton, felt very much like a way station between life and death. It was haunting and strangely beautiful in a way I didn’t know the literal-minded Homeland was capable of being.

Brody, we slowly piece together, has been moving nonstop since reaching the Canadian border. Carrie’s “insurance policy” is revealed to be a kind of clandestine courier service: no final destination, no tracking number of any kind. But now there is no “next place.” The international safety net that Carrie built to save herself has ensnared Brody like a trap. He’s once again a prisoner in a foreign land. El Niño, his tattooed protector, is also his captor. Esmé, El Niño’s beautiful daughter, is a combination of barber, nurse, and security guard. And even after Brody’s most serious wounds have healed, the only medicine on offer is also a sort of poison. “We’re here because the world outside can be judgmental and cruel,” Dr. Graham intones. “We’re here because this is the place that accepts us. We’re here because we belong here.” (The bad doctor is played brilliantly by Erik Todd Dellums, an actor who appears to have done most of his work in video games — which makes sense since the Tower is reminiscent of the last level of some forgotten ’90s RPG, just before the dust in the cartridge causes the entire thing to freeze.)

Whatever the true nature of “here” might be, I very much wish the entire hour could have been spent there, spiraling Brody’s drain. But instead, the script spirited us back to D.C., the better to counterpoint one protagonist’s cage with another. The sight of the once-proud Carrie Mathison reduced to spying on the scribblings of a state-sponsored shrink and building popsicle-stick castles was truly sad. And the idea of her needing to “recover” by altering her brain chemistry away from its normal, addled state is a fascinating wrinkle. (It means, for one thing, that Carrie is undercover in her daily life.) But while the predicaments of Carrie and Brody felt like endgames, his at least carried with it the promise of something new. Carrie’s psychodrama continues to hit the same notes, it just hits them harder and louder. The cumulative effect has everyone, character included, banging their heads against the wall.

By comparison, Brody’s prison felt downright freeing, a sensation he wasn’t able to achieve himself despite his, and Esmé’s, best efforts. His run toward the mosque was fascinating (and also reminded me of the climax of this The New York Times Magazine story from a few weeks back). Islam saved Brody the last time he was in captivity: It eased his mind and gave order to his days. But is there a difference between salvation and escape? Either way, Brody’s now as welcome in his spiritual home as he is in his actual, physical home. The Imam calls the cops and calls his houseguest a terrorist before El Niño’s bullets come to rescue Brody from judgment and return him to the dank solitude of purgatory.

What I loved most about the episode’s dark arc was the way it stripped the character of Brody down to its most basic elements. “Everywhere you go, other people die,” Dr. Graham lectured. “But you always manage to survive. Did you notice that? You’re like a cockroach. Still there.” Harsh but true. The thing about Brody that was always most intriguing wasn’t his murky morality, it was that he barely had a backbone of his own to bend. The character was always a follower, never a leader. A meek and sensitive teen who enlisted in search of a paycheck, he was a pawn from the minute he touched down in Iraq: first of the United States miltary, then of Abu Nazir. Once returned he was perpetually under the sway to some higher power, be it the vice-president’s ego stimulator or the CIA’s undercover machinery. He was, even then, always en route to “the next place.” By season’s end, no one knew what, exactly, Brody was — and that’s possibly including his creators and the actor playing him. He was neither a hero nor a terrorist, not a good man nor the devil. What he was was a cockroach, skittering around beneath the feet of powerful people, surviving almost in spite of himself as they tumbled all around him. (Perhaps he remained alive to spite the audience a bit, too.)

This low — and believe me, tying off with a rubber tube in a Venezuelan squat doesn’t have too much daylight beneath it — suggests a compelling third (and, please god, final!) act for Nicholas Brody, one in which he makes peace with himself before bringing similar closure to others. The lingering problem, of course, is what this potential story means for Homeland itself. The grim certitude of last night’s closing moments was more fitting for a season finale; it was completely devoid of the acceleration necessary for a season just beginning to find its footing. Where can Homeland possibly go from here? The sheer number of steps required to extricate Brody and Carrie from the respective spider holes, reunite them, and then pivot toward some sort of future is staggering. The difficulty of doing it while continuing to service the Love, Dana Brody Style plot that Gansa and the writers seem so transfixed by, doubly so.

I remain frustrated that, on some level, Homeland has seemingly dropped the larger questions its first season dared to ask, about paranoia and privacy, about fanaticism and faith, and has instead recalibrated itself to be about the twisting paths of these specific characters and their orbiting relationships. But we can only watch the show we’ve got, not the one we’d prefer. And what we’ve got is the televised equivalent of Harry Houdini, deciding to take a dip in the ocean after locking himself in chains. I can’t imagine how Gansa and his staff can pull this off. The best part of “Tower of David” was that I’m once again eager to watch them try. Like Nicholas Brody, Homeland has been trapped in an impossible situation before. After last night, it’s worth sticking around to see just what the “next place” for both of them might be.