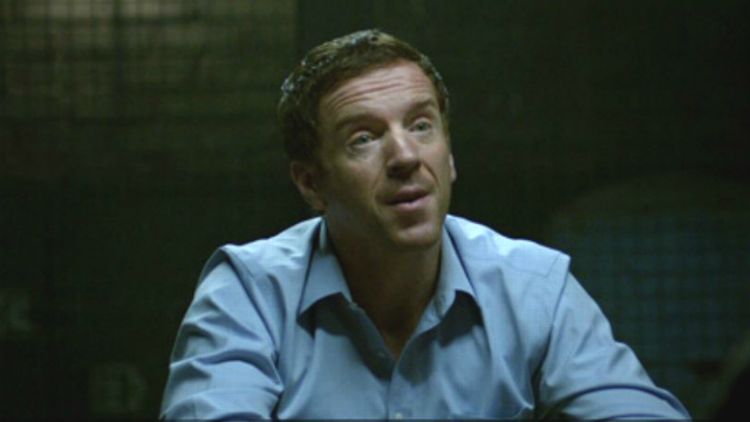 The best thing I’ve seen in a movie theater so far this year was an intimate conversation. It occurred about a quarter of the way through The Master, Paul Thomas Anderson’s invigorating and infuriating three-hour tone poem about a guy who thinks with his own torpedo and guzzles oil out of the Navy’s. Joaquin Phoenix — as said guy — and Philip Seymour Hoffman trade shots of poisonous moonshine and then lock horns and eyes for what feels like forever. The back-and-forth is part pseudo-religious “processing,” part confessional, part testosterone thunder-yawp. Ostensibly, Hoffman is trying to unlock the darkest parts of Phoenix’s twisted psyche, but it’s as much about performance as power. Ferocious and precise, it’s utterly mesmerizing and patently absurd, like watching grizzly bears arm-wrestle.

Click here for all of our interviews with fascinating people from the worlds of sports and pop culture.
The best thing I’ve seen on TV so far this year was also an intimate conversation. Separated only by the width of a grimy table and a calendar year’s worth of sex, lies, and videotape, Carrie and Brody finally faced each other for 15 hypnotizing minutes. But where The Master was macho and bullish, perhaps as befits its big-screen sprawl, the long-awaited confrontation on last night’s Homeland was shockingly delicate. With tears in her eyes and a hitch in her voice, Carrie Mathison expertly defused the would-be suicide bomber in front of her without the benefit of tricks or tools. It was a bravura performance by both character and actor. Thanks to the dexterous and focused script (by Henry Bromell) and camerawork (by director Lesli Linka Glatter), “Q&A” was also a triumph for small-screen storytelling. Lacking violent explosions and show-off pyrotechnics, Homeland proved that two people in a room talking can be the most riveting sight imaginable. It’s the payoff provided by television at its very best: the time to get to know characters and the space to let them soar.

Yes, other things happened in “Q&A”: Dana and Finn’s “Thomas Jefferson/Sally Hemings” romance took a nasty Clyde Barrow/Bonnie Parker turn and Brody’s chief of staff learned that there are worse jobs than the one he had managing Jesse Jackson Jr. But all of it paled in comparison to what went on in that basement. Damian Lewis in particular was astonishing, an exposed and broken man clinging to his only remaining lie like a fig leaf. Acting, particularly for the screen, is often just as much about reacting, and Lewis’s face was a master class last night, each word from Carrie’s mouth peppering his crumbling defenses like buckshot. “Are you sure you’re not a monster, Brody?” she asked, and while his mouth said no, his eyes yearned for reassurance. As for Claire Danes, she played with tempo and volume like a great conductor, even modulating her trademark cry face with Swiss precision. As in last season’s “The Weekend,” when given the chance the two actors dance like lifelong partners: No one leads and they know all the steps by heart.

But this was Carrie Mathison’s triumph in a way that I think needs to be unpacked a little more. There are a number of strong female characters on TV these days, many of whom are reverently referred to as “badasses” by the online commentariat. Yet from hacking Brienne of Tarth to slashing Michonne of Zombieland, the bulk of them are lauded mainly for doing the bloody work usually shouldered by men. They aren’t necessarily unique for being women, they’re unique for being women who accomplish things in traditionally male ways. What Carrie managed last night was the opposite. At the start of the hour, she was denied the first crack at Brody because, as Quinn puts it, “she is way too emotional, reckless.” But ultimately it was those reckless emotions that unlocked the truth in ways the stabby, screaming impotence of Peter (even his first name means dick!) never could.

I was struck by how Carrie’s gentle performance — and it was a performance, wasn’t it? — was the opposite of swaggering masculinity: She was thoughtful, sensitive, considered. She opened up her own heart before unlocking Brody’s cuffs. She flirted and teased him; she pushed then pulled back. Carrie stripped away Abu Nazir’s deceits and manipulations a layer at a time, leaving Brody weeping and increasingly exposed. At times, her words and actions flitted between maternal and sexual in strange and surprising ways: practically nursing him with a water bottle before taking his hand and urging him on to a truthful climax. Afterward, she patted his head; he’d been a good boy. Unlike The Master, this wasn’t an intractable war of wills; it ended in a peaceful, haunted surrender. “All dead,” Brody whispered like a ghost, although he hasn’t joined them yet. He’s still alive, just emptied. Ready, at episode’s end, to be refilled with a new mission, a new target. And, judging by those eyes, a new master in Carrie.

Certainly the most charismatic line in the episode belonged to her: “It’s the lies that undo us. The lies we think we need to survive.” It’s a lovely and convenient phrasing — and, in that particular context, true: Brody’s mind worked overtime to keep his body one step ahead of his web of falsehoods. And how many times did Carrie tell everyone she was fine before finding herself doubled over the toilet, spitting up lithium and bile? Presumably what we saw last night was the truth setting them both free. But this is the double game that Homeland has never stopped playing and it’s even more complicated than the one Brody is about to attempt in his new role as a CIA operative. The nonstop lies don’t just trip up people like Carrie and Brody, they also define them. Did she really fall in love with him at the cabin? On one level, yes, probably. Here, finally, was someone who understood the horrors of war, the pain that never leaves and is impossible to share. (The story of Carrie’s Iraqi interpreter was new to us, I believe, but it’s something Claire Danes has carried from the beginning: She mentioned it in our interview last year.)

But is recognition the same thing as romance? “We were playing each other!” Brody exclaims about their idyll in the woods. Like torrid affairs between sprinters in the Olympic Village, their connection was about a thrilling familiarity, the secret language spoken between people able to outrun everyone else. So much of “Q&A” was about surrender, but real honesty is rarely that easy. Brody took to his new assignment like a drowning man to a life raft. And even though she turned them off, a part of me still believes Carrie’s confession last night was playing to the cameras as much as it was playing to Brody’s heart. In the two seasons we’ve known her, Carrie Mathison has only ever loved two things: her work and Brody. And again and again we’ve been shown that the two are one and the same. Worse, she’s utterly incapable of telling them apart. Isn’t it all wonderfully kinky and sad? The spy who only gets off when being spied on. The sleeper agent who can’t stand to be awake.

The orders may be different, but these two still seem like drones to me. At the end of the hour, Brody goes home and lies to his family. Carrie, alone again, pours herself a bucket of wine and lies to herself.

Trailers of the Week: A Good Day to Die Hard, Safe Haven, Iron Man 3, and More