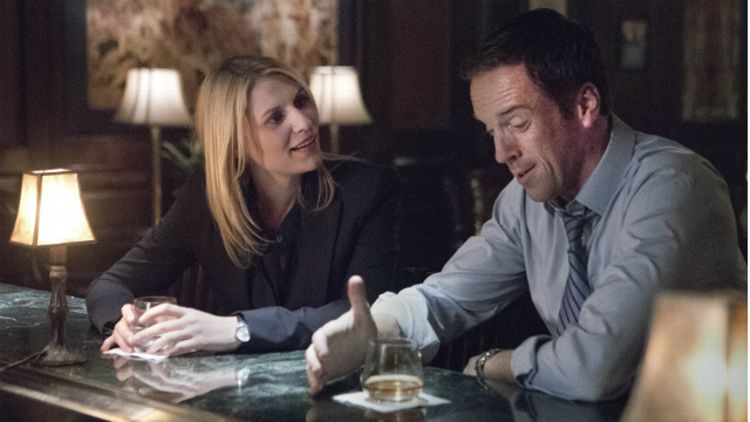 One of the more eye-catching portions of my friend (and recent podcast guest!) Sean Howe’s new book, Marvel Comics: The Untold Story, occurs early on when Stan Lee, the mustachioed architect of the Marvel Universe, declares that the secret recipe for four-color success isn’t gamma rays or secret spider bites: It’s “the illusion of change.” Turns out, the trick to keeping the Merry Marvel Marching Society on its toes was creating a feeling of forward momentum while simultaneously guaranteeing that everything stayed exactly the same: No matter how many super-villains they conquered, by next issue the X-Men would always be hated and feared, Spider-Man would always be broke and misunderstood, and the Man-Thing would always be a lousy double entendre brought to swampy life. It was two steps forward, then two steps back; a perfectly calibrated process of pushing and pulling that felt like movement without taking you anywhere at all.

Half a century later, the same system exists in serialized television. There, any desire to push the story ahead is undercut by the need to maintain whatever ineffable constancy earned the show an audience in the first place. Even an excellent series like Homeland isn’t immune: What concerned me most about last week’s Keystone State Kops shenanigans wasn’t just the relative implausibility of Abu Nazir treating Brody like Puffy treated Da Band, it was that the entire framework felt overly familiar. Homeland’s first season hinged on Brody doing dirt while attempting to appear clean; seeing the show contort itself into more extreme angles in order to keep him at it in year two felt about as fresh as the produce in Carrie Mathison’s crisper. It was disappointing but it wasn’t surprising. The temptation to not mess with success — to merely recreate it — lingers in every sophomore-season writers’ room. And if the ratings rise, so does the pressure with the realization that a dynamic that worked well once will now need to be sustained for two, three, or even six more years.

And so, for a time, the cheekily titled “New Car Smell” convinced me that Homeland, a show that has mastered the art of the surprise, was taking a disappointing turn for the expected. In short order, we were spirited back to the very beginning: Carrie was in her pantsuited element again, hooking Brody using herself as the bait. Saul was around to nod and worry while gallant Virgil and his goofus brother returned to poke and pry. Yes, there were tweaks, particularly the humbling of David Estes, who realized his own culpability for an unprecedented intelligence failure at the very same moment the audience discovered that he had also sired Volkswagen’s pint-size Sith spokesman. And there was also the welcome introduction of Rupert Friend as the cocky Peter Quinn, a flinty and flirty Philadelphia-reared analyst who prefers to do things by the Book(binders). But it appeared that the considerable throat-clearing and table-setting of the first two episodes were all in preparation for a very similar meal: a high-stakes surveillance of a terrorist target, only this time with the full cooperation of the CIA.

Don’t get me wrong: There was a lot to like about this retro reboot! With the Lester Freamon Memorial Tackboard brought out of storage, all of the characters’ various machinations and motivations were rendered mercifully, and no doubt temporarily, unambiguous: Brody was the target again and this time everyone had a Tom Walker–like finger on the trigger. With her lithium dialed down and her adrenaline back up, Carrie’s dialogue crackled, both with the olive-enjoying Quinn, who managed to besmirch both his ER nurse girlfriend and every Indian restaurant in Philly in a matter of minutes, and, as expected, with Brody, the two of them smiling and sparring like championship boxers finally granted a rematch. (It’s worth noting that actors playing characters who are themselves actors is incredibly tricky. Danes and Lewis make it appear effortless.)

And I loved the messy reality of profiling in a diverse, 21st-century city where every car wash guy or cabbie who comes in contact with Brody is suddenly a potential accessory to terror. The hidden cameras were back on and the path seemed clear: a few episodes to let this reach a boil while, in the background, Jess joined up with Lauder and Mike in a conspiracy theory of their own. Brody would either act or he wouldn’t, Carrie would try to catch him either way. Dana and Finn’s charged Jeffersonian courtship was a perfectly good model for the version of Homeland that seemed to be shaping up: predictable in its beats but wonderful in its execution. The illusion of change, yes, but one performed by Criss Angel–level illusionists.

And then we came to the end. Carrie, panicked by a conversational slip-up only she could see, knocks on Brody’s door. Going by last season’s logic, she’s there to seduce him, to head off his imminent explosion by detonating herself — the added kink being Saul and Quinn watching it all unfold on grimy screens, like trench-coaters in Times Square sticking quarters into slots. But that’s not what she’s there to do at all. The only thing that’s blown up in that hotel room is every last shred of audience expectation. “Do I want to be friends with a demented ex-soldier who hates America?” Carrie spits. “Who decided that strapping on a bomb was the answer to what ailed him?” “I’ve had a pretty good run so far,” Brody bluffs back, while, behind the words, Damian Lewis proves that Claire Danes isn’t the only one who can make her face collapse like an imploded building. He was good, sure, but she’s better. As the scene swims and hums with a fevered, impossible delirium, armed agents swarm the room and throw a hood over Brody, a congressman bound for a cage in Guantanamo. And then Carrie jabs him with the words she’s been saving up since the pilot: “You’re a disgrace to your nation, Sergeant Nicholas Brody. You’re a traitor and a terrorist and now it’s time you pay for that.”

So much for the comforting stasis of illusions! Carrie and Brody had already lied together and lain together. The only thing left to push Homeland forward was the truth. On a more timid show, this story line could have lasted another eight episodes. Instead, it was over in less than one. It’s difficult to overstate how thrilling this was, and how risky. The central dance between Carrie and Brody, her struggle to bring his dark secret out into the light: This defined Homeland, it was the addictive engine that motored the show from pay-cable obscurity to the Emmy stage. To remove it — or, more likely, to reconsider it — now puts Homeland’s popularity and momentum in jeopardy. Brody isn’t going anywhere, of course — my money’s on some sort of attempt to triple-lutz the double agent — but with eight hours remaining in the season, I certainly can’t say the same about anyone, or anything, else.

Last week I spent some time on the Homeland set in North Carolina for an upcoming feature. While there, I spoke with writer Henry Bromell, who talked of the “fearlessness” necessary for the staff to follow up their award-winning work from a year ago. After last night, I can’t help but see parallels between Carrie and her creators. Justified or no, she burst into that hotel room like an executive producer unwilling to slack off or settle, consequences be damned. Now, what’s done is done or, as Bromell put it, “You can’t put the toothpaste back in the tube.” Things have well and truly changed for Homeland — and that’s not often said, even during the recent heyday of television’s Golden Age. But I’m struck by the final image of “New Car Smell.” Brody’s gone, the op is blown. Carrie is left the way she often is: alone. When your entire life — and, by extension, your entire show — is defined by a chase, what do you do when you’ve suddenly reached its end? One way or another, we’re going to find out. Homeland took two giant steps forward last night. There’s no going back.