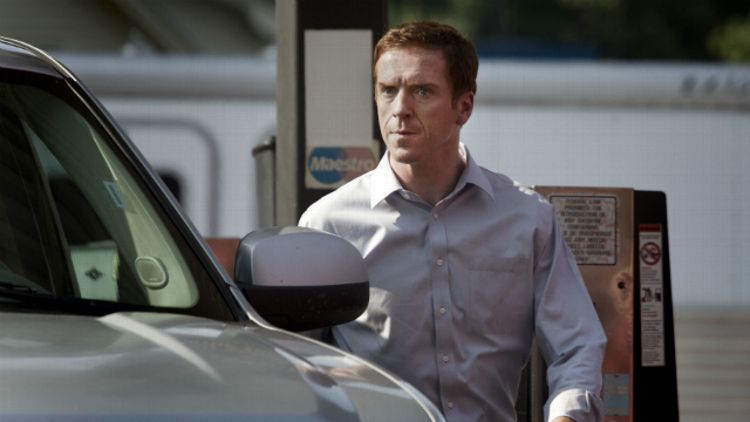 The thing that separates Carrie Mathison from the rest of her less-intelligent intelligence colleagues, in terms of ability and, at present, professional standing, is her tenacious, chemically unbalanced brain. Where others see problem solving as a linear list of questions and answers — the sort of methodical, putting-in-the-hours probing that allows for slivers of private life or, barring that, time to take traitorous journalists out for bistro fare on a Saturday night — Carrie views every clue and loose end the way Felix Baumgartner regards an open airplane window: just another thing at which to throw herself. There’s no “off” switch or timeouts, only the inevitable crash of impact.

Because of this, and despite her avid curiosity on the subject matter, I can’t help but think that Carrie wouldn’t be much of a Homeland fan. Without an elephant-size dose of lithium, she’s simply too hung up on details to sit quietly and be entertained. And accepting the fiction — not fighting it — is key to enjoying any genre exercise, even one as sharp and brainy as Homeland. The rise in popularity and prestige the show has experienced in its second season has also seen a wild increase in skepticism: Loose threads are being tugged, nits are being thoroughly picked. Don’t get me wrong: I respect this level of relentlessness in CIA agents, oncologists, and Batmen. But when it comes to TV, I’m less certain.

The requirements of active television viewing have changed significantly over the past decade (not something I need to explain to you, person reading a recap on the Internet!), yet the basic act of sitting in front of the screen remains passive. More specifically, it’s a willful, almost active surrender; not of one’s critical facilities or cerebral engagement, but of at least a healthy portion of our most dedicated disbelief. If one gets too hung up on all the little lies a show like Homeland throws at us, from the miraculous cell phone service in every governmental bunker to the convenient misfiring of an expertly made suicide vest, eventually it’s time to start questioning the giant ones, too: Could a POW really be turned and not caught? Could one agent, even one as feisty as Carrie, really be allowed to go so totally off the reservation? And would a married woman really insist on calling her husband by his last name for over a decade? Homeland’s dramatic license-taking rarely bothers me because of the dramatic payoff it consistently provides, as well as the subsequent trust and goodwill the writers have earned because of it. It may have been unlikely last week that Carrie was able to grab the shoulder bag containing Brody’s suicide video, but that doesn’t make it any less worthwhile. It can’t be dismissed as a logical hiccup, not when it kick-starts the plot engine so thoroughly. Occasionally it’s worth a bit of tuning out in order to tune in.

Of course, I picked a challenging week to make this particular argument, because “State of Independence” beggared belief like no hour thus far. As usual, I didn’t sweat the small stuff: I thought having Saul be out of contact on an international flight for the entire episode was a clever way to delay the emotional wallop he had in store for Carrie. (Finally she got to say those three little words every high-level analyst dreams of: “I was right!”) No, the issue this week, as it usually is, was Brody. Because, let’s face it: Were a terrorist group actually successful in stashing a true believer at the highest levels of the American government, it would be the height of inefficiency to have him act like an intern-level errand boy. Stealing the documents from David Estes’s office was one thing — no one else would even be able to enter that room. But ferrying around the murderous tailor of Gettysburg? That was some real ticky-tack, get-me-my-lunch/is-this-radicchio-you-know-I-asked-for-mesclun, Miranda Priestly–type mess. If a United States congressman is your best option for taxi service in Central Pennsylvania, it’s probably time to take some of that “Iranian nuke revenge” money and pour it back into HR. “He’s the one man who knows the truth about you,” coos Roya. Really? I can count at least six! And that’s without taking into consideration any random hump eyeing the security cameras in all the toll plazas, convenience stores, and car washes between Maryland and the Pennsylvania state line. At the end of the day, which of these two assets is more valuable? I guarantee you, it’s the one who could take out the entire Cabinet, not the one able to take in a pair of trousers.

Even so, my allegiance to Abu Gansa remains as strong as Papa Mathison’s sandwich skills. Why? Because even when the action becomes outrageously implausible, the emotional fallout never does. Brody’s true desires remain frustratingly vague, but at least his scars are returning to the surface. His rare flash of honesty at the kitchen table got Jess hot and bothered (and onto the counter!), but it also gave her a glimpse of a secret far worse than his spider-hole conversion. “I prepared to die,” he says, adding that he imagined his family would be “better off” without him. Brody’s ill-advised Outward Bound trip proved, once and for all, that on some level he still believes it. Other than Dana’s beseeching eyes, there’s still nothing holding him to his new/old life in the West. When it mattered most, Brody chose breaking a bespoke neck over having his own wife’s back. In a nice showcase for Morena Baccarin, Mrs. Walden’s benefit for wounded warriors gave Jess the chance to prove that she belongs on a brighter stage; her lying husband is still a POW, although what war he’s in thrall to remains to be seen. (At least we can now identify a future skirmish: Brody, still damp from having his tires buffed, eyed Mike — caught arm-in-arm with Jess — like a he was a 10-point buck that had mistakenly wandered into the family BBQ.)

And thankfully, Carrie’s journey this week was much more grounded, although certainly no less dark. It’s almost worse for her to have written such a dazzling chapter in Beirut and then be denied the chance to finish the book; even the normally haughty Estes expresses real appreciation and kindness as he’s closing the proverbial door in her face. And what a face! Time and again this week Claire Danes’s features crumbled like the city at the bottom of Cobb’s dream in Inception — only this was a living, repeating nightmare. For a brief moment after fleeing Langley and the suffocating pancakes of kindness at her father’s house, it appears as if Carrie is going to sink back into the fake wedding ring/meaningless jazz bar sex-trolling of her old life. But a quick look in the mirror reminds her of something devastating and vital: Her old life was pretty terrible! Carrie was never anything without work, and she’s something even less now. The sadness of the almost overdose was palpable, but in Danes’s panicked, pre-purging eyes, something occurred to me: Carrie and Brody have been twinned yet again. Both came within seconds of suicide but, at the critical moment, neither could disconnect head from heart. Brody couldn’t bear the explosion — it would travel upward, as the tinkering tailor told him — severing his skull. And for Carrie, the only thing worse than living in the miserable present would be pulling the plug on her voracious brain. Good, bad, or terrible, she simply has to know what happens next.

In that regard, at least, she is similar to us reality-defying Homeland fans. The show isn’t a documentary and never pretended to be. I’m willing to put up with all manner of outrageous story lines if they remain emotionally true. As a character, Carrie Mathison is incapable of letting anything go. But to keep pace with her still-thrilling narrative, the audience must.

Trailers of the Week: The Canyons, Flight, Hitchcock, and More