Homeland Season 2, Episode 2: ‘Beirut Is Back’ 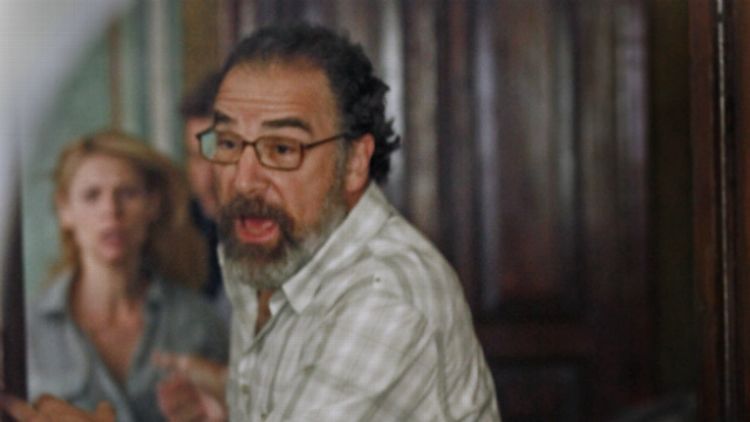 Of all the subtle course-corrections showrunner Alex Gansa has made to Homeland since the pilot, my favorite might be the de-emphasizing of jazz. Carrie’s extensive Coltrane collection was, at first, a helpful shorthand for her anarchic brain. But as anyone who’s even spent more than five minutes with someone in a beret can tell you, it’s a slippery slope from rhythmic riffing to the exclusionary tooting of one’s own horn. We get how Carrie’s mind works by now because we’ve seen it unravel. Other than a few stray skronks in the still-goofy opening sequence, there hasn’t been any need to focus on the music-as-metaphor. Our understanding of Carrie is a credit to strong writing and Claire Danes’s remarkable performance, not the character’s fictional iTunes library.

Yet even though it’s been a while since I’ve applauded a trombone solo — or, y’know, watched Treme — the music was right back in my head during “Beirut is Back,” last night’s masterful episode. The thing about jazz — all music, really — is that there are only so many notes. What separates the legends from the jive turkeys is knowing when to play them. In the wrong hands, Homeland’s sheet music is a late season episode of 24 — or worse. Gansa and co-executive producer Howard Gordon are far from improvisers — as the half-dozen exhausted writers crammed into a flopsweat-and-cheap-takeout-infused room in Studio City can no doubt attest — but they sure can keep us tapping our toes (not to mention on them). Think about it: What really kicked Homeland from good to great in its first season was the way Brody’s explosive tendencies were revealed just after we’d made peace with his innocence — and a full four hours before the finale. It wasn’t the what that blew our minds, it was the when. The final moments of last night’s episode, in which Saul discovers Brody’s missing confession video, were truly jaw-dropping, and not because of what Saul saw — we knew that chip would turn up eventually — but because of how unexpectedly early he saw it. The (suicide) note was inevitable. The melody was astounding.

So, yes, in one moment, all armchair predictions made for Homeland’s second season were shattered like the windshield of Saul’s emergency escape Denali. But everything that came before was nearly as thrilling. Those who preached patience after last week’s overly expository premiere were proved right; Gansa and Gordon were merely lining up their pieces just so. The more order you establish in the beginning, the more fun is possible with the chaos to come. And I loved the Israeli pickle the two (along with episode writer Chip Johannessen) prepared for Carrie and Saul for their second (and, I believe final) week of location shooting.

Having successfully ditched her tail (by kneeing him in the falafels), Carrie makes contact with her asset. Though her altered eyes make it appear like she’s gotten too close to the black oil from The X-Files, that’s not evil in Carrie’s formerly baby blues, it’s hunger. More than bourbon, more than Brody, and even more than McCoy Tyner bootlegs, Carrie loves intelligence, freshly picked from the field. But her appetite has thrown off the protocol: Without Saul around to verify or cast doubt on Fatima’s story of a meet-up between Abu Nazir and her husband, a risky, extra-legal operation rests on Carrie’s electroshocked judgment. When Saul gave the go-ahead, the actual op was great paramilitary theater: all jittery nerves and itchy trigger fingers, cutting from the Arab Street to the now-familiar claustrophobic Washington, D.C. LAN-party made famous by the Bin Laden raid. But what makes Homeland consistently excellent isn’t that it gets the action set pieces right, it’s that they barely matter. Regardless of how high Brody’s security clearance gets or how low Carrie is brought, everything keeps coming back to the same old he said, she said.

Carrie wants to get Abu Nazir more than she wants to get well — she was infinitely happier in the dangerous “safe house” than she was at the end, sitting in the deafening suburban quiet. But more than that, she wants Saul to believe her. (Yet another way she and Brody are essentially each other’s mirror; both are desperate to be trusted.) The only thing that ever worked correctly in her OCD-riddled existence was her judgment. With that taken away, she feels as useless as the stuffed pink hippo on her sister’s couch. One thing that’s easy to forget amid all the secrets and lies is that, while we know Carrie was right about Brody, everything that’s happened on the show since is predicated on the fact that the world has judged her to have been very, very wrong. (“It fucked me up, Saul!” Danes wails in the first of what is sure to be one of a dozen potential Emmy submission clips.) And so her gasping panic attack, brought on partly by the situation her recklessness has caused — in the words of Vice-President Walden, if they give the order, it’ll either be “a clusterfuck or a big honking victory” — but mostly by the sound of Saul and Estes talking about her like she’s the dangerous problem on the table, is the most visceral moment of the hour. The second? Brody’s own sweat-soaked frenzy, as he improbably finds himself in the situation room watching the wolfish secretary of defense try to blitz Issa’s dad.

Now let’s leave aside all of the impracticalities here: the long odds of Brody even being in the Pentagon in the first place (what if Mike had wanted a ride to Arby’s instead?), let alone the fact that Homeland asks us to believe that every secure bunker in the nation’s capital has better and more reliable cell phone service than a random Manhattan street corner. (And don’t get me started on the CIA’s odd dependence on Skype! Why doesn’t Estes cut security costs further and parlay with Saul via Google Hangout? They can kill downtime between killing terrorists by adding monocles and tiaras to each other.) For me, the biggest question of Season 2 isn’t what Brody is doing, it’s why.

Last night, we were bombarded with a version of Brody that seemed to pre-date the spider-hole: the loyal Labrador who is desperate to belong to any code, creed, or clique that will have him. So he chases his own tail pleasing the vice-president, bailing out Abu Nazir, and even indulging the drunken — yet wildly perceptive! — conspiracy theories of his fellow Marines. But Brody, when pushed, has proven himself to be anything but dumb. So when does the red-headed drone gain sentience and strike? And when he does, what will he be after? Power? Revenge? It’s certainly not to be rid of his obligation to Nazir — if so, he’d never have hit send on his Mayday text. And now, thanks to Carrie’s wild solo mission into Fatima’s mansion, Saul is onto him and Dana — the one thing in the world we know he cares about — is complicating things further by falling into definite like with the VP’s creepy son. Everything is personal on Homeland, which means everything is bound to get messy.

Bad for Brody, but good for us. Because messy makes for good drama.

Trailers of the Week: A Good Day to Die Hard, Promised Land, Brooklyn Castle, and More