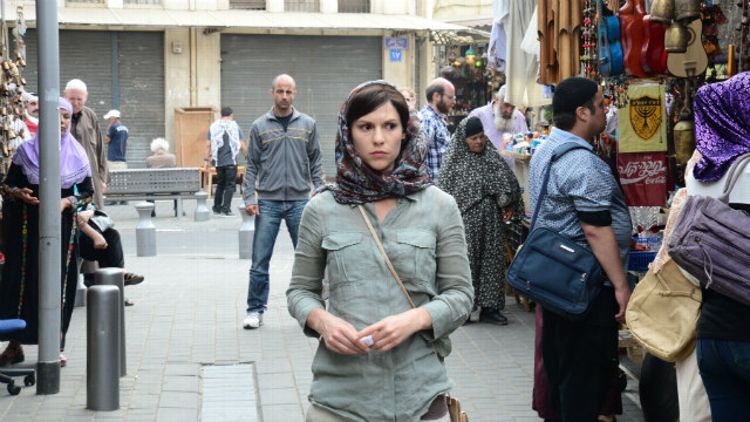 Last week, New Yorker television critic Emily Nussbaum made a strong argument against the fact that Homeland’s first season ended with an electroshock jolt instead of a bigger bang. I don’t dispute her premise: that capping the finale with the successful detonation of Sergeant Brody’s suicide bomb would have exploded everything we’ve come to expect about serialized TV. Eliminating a main character (and half of the fictional Cabinet) would have been a brave storytelling play, to be sure, but here’s the thing: It’s no more risky than what actually occurred. Brody may have been temporarily defused, but the dozens of tripwires laid in what turned out to be the most remarkable — and Emmy-winning! — first season in recent memory remain. Unlike movies, TV plays the long game; a lot more than Damian Lewis’s future podium trips would have been sacrificed along with his character had he gone through with Abu Nazir’s dastardly underground plot.

The engine that fuels Homeland is the obsessive dance between Claire Danes’s Carrie Mathison and Lewis’s Brody; both are insanely driven and both may well have been driven insane. It’s this psychological tango that elevates the show from a more cerebral 24 to the face of a new era of prestige drama. The biggest challenge for any showrunner — among the million smaller ones that keep them up at night — is to identify what’s working onscreen and steer their show toward it, regardless of what may have seemed like a good idea back in pre-production or the pitch meeting. (Example 1A of this is Vince Gilligan keeping Aaron Paul alive and cooking on Breaking Bad.) Bringing back Brody has made Alex Gansa and Howard Gordon’s lives infinitely harder — is he even half as interesting without the “Will he or won’t he?” question hanging over his head? — but the dramatic possibilities increase in tandem with the degree of difficulty. Pulling this off with the whole world — or at least the president of the free bits of it — watching is a task twice as dangerous as showing up to a barbecue at the Brody household unarmed. But it’s one of the many reasons this second season is unmissable.

So I’m happy to report that last night’s “The Smile” (written by Gansa and Gordon and directed by the great Michael Cuesta) made me plenty confident about what’s to come. But it also proved that getting back to the creative highs of last season will require a lot of heavy lifting. The creaky wheels of exposition were spinning faster than David Estes in front of a flirtatious journalist in an effort to lure Carrie from the yeoman-like pleasures of her garden and back to the adrenaline-soaked perils of the field. But, then again, they had to be: Brody’s vest may still be unaccounted for, but Carrie’s career was certainly blown to bits in the finale. Making her essential — her secret asset will talk to her and only her about a potential retaliatory attack — but still erratic was the best option out of what had to have been a lot of bad ones. (Carrie winning Estes over with her homegrown lasagna would have made for a particularly dull hour.)

And Claire Danes’s magnificent performance papers over a lot of potential plot holes. This new, medicated Carrie is still delightfully brittle, snapping at her sister and former partner (“I wasn’t exactly having a party!”) with equal abandon. There’s not a trace of vanity in Danes’s acting; she’s often as uncomfortable to be around for the audience as she is for her once (and future?) co-workers. But her smart, twitching eyes always slow down when intelligence is dangled in front of them. It actually doesn’t matter too much why Carrie had to go to Beirut when Danes is so easily able to convince us how impossible not going would have been. Carrie may never have any food in her house, but it doesn’t mean she’s not hungry.

In a conversation that didn’t make it into our podcast, Alex Gansa told me that the entire season premiere was broken around Carrie’s titular smile — and it’s clear why. Other than the brief teaser in the pilot — in which an Iraqi bombmaker lit her fuse by whispering some intel about a turned POW — this is the first time we’ve ever witnessed Carrie Mathison let loose in the field. Seeing her come fully alive after a year of drugged drudgery (and a long night of sleep in the safe house) made all of last season’s wild recklessness with Brody a thousand times more plausible. Who grins like that after kicking a murderous foe in the groin? And who is at her happiest when running from a terrorist mob? Brody may still be her target, but what does all this make Carrie? Unleashed, she’s a one-woman IED. Not even mission control can corral her.

Contrast her behavior with that of Saul. In the bearish features and baggy physicality of Mandy Patinkin, Carrie’s one true friend carries the weight of the world on his shoulders every time he straps on that rakish, kosher porkpie hat. He’s the moral compass of the CIA — though his forced détente with Estes last season proves he understands the insidious nature of compromise — and of Homeland. Why? He’s the only one who doesn’t seem like he’s having any fun.

I suppose you could say the same for newly elected Congressman Brody, but I’m not so sure. The well-fitting, non-suicidal outerwear, the public adulation, the attentive staff — all of these new trappings are clearly taking some getting used to for the punchy former POW. But they also appear uncomfortable for Damian Lewis. Last season, Lewis’s ignorance about his character’s true intentions allowed him, somewhat counterintuitively, to commit fully to every choice with his performance. I believed him when he was proclaiming his innocence and when he was recording his suicide note. Now that he’s around for the long — or at least longish — haul, Lewis seems a bit constrained, his sweaty twitching first with Zuleikha Robinson’s reporter and later while robbing Estes’s office seemed too broad for such a tightly wound show. He was better in the scenes that had no ambiguity: His Islamic admission in front of Jess (as opposed to his manual emission in front of her last year — hey-oh!) was charged, as is the possibility of Brody joining the vice president on the campaign trail. What’s being stoked here, really? His religious fervor or his very mortal ego? And, as always, Lewis shines whenever he’s given the chance to play against the remarkably poised Morgan Saylor as daughter Dana. (Even if Dana’s experience with Quaker meeting is a million times more chatty than the real thing. In my high school, someone would invariably play a 10,000 Maniacs song, then everyone would sit in total silence thinking about war, recently deceased pets, or, more likely, whether the cafeteria was serving tater tots that day.)

Even without the increased expectations from a stellar first season and a surprise Emmy win, Homeland was going to be a very different show in Year 2. It’s shifted from a one-season wonder powered by a wildly addictive mystery to a network’s pace-setter, primed for multiple award-baiting years ahead. The pitfalls are legion, but so are the possibilities. In place of the one overarching question, now there are a dozen smaller ones. The most compelling for me, at least after this first hour, is this: Between Brody and Carrie, which one really is the sleeper? And now that Carrie is fully awake, sprinting happily through a potential war zone like it was the Hall & Oates scene in (500) Days of Summer, which one is more dangerous?

So, no, Brody’s bomb didn’t go off. But there’s plenty of fallout nonetheless. We’re not shown the almost Law & Order–ishly ripped-from-the-headlines Israeli airstrike on the Iranian nukes that kick-starts the plot — and Nazir’s nefarious plotting. We, like our impeccable cast of nobly fucked-up pawns, can only wrestle with the blowback. This has never been a show about direct hits. Homeland deals with the unglamorous minutiae of safety in a dangerous world. It’s about shrapnel and scars and — above all else — watching out for friendly fire.

Trailers of the Week: Life of Pi, Stoker, Paranormal Activity 4, and More